After leaving Rochester my walk brought me to nearby Chatham and one of the entrances to the historic dockyard. Unfortunately I did not have time for a visit and will have to return again at some stage. This yard established as a royal dockyard by Elizabeth I in 1567 provided some of the most important ships for the Royal Navy during its 410 years in operation, until its closure in 1984. At its height it employed over 10,000 on a 400 acre site, which is now run as a museum. 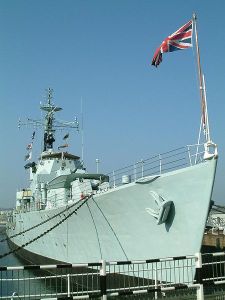 HMS Cavalier was the Royal Navy’s last operational Second World War destroyer and is now preserved at Chatham as a memorial to the 143 British destroyers and over 11,000 men lost at sea during the war.  Built in 1944 at Samuel White’s Isle of Wight yard, Cavalier served during the war in the Arctic and the Western Approaches before joining the British Pacific Fleet as the war came to a close. Refitted and modernized in 1957 she continued to play an active role as part of the Royal Navy’s Far East and Home fleets until she was decommissioned at Chatham in 1972.

The Victorian sloop HMS Gannet is also preserved there. Built on the River Medway in 1878, the ship recently underwent a £3m restoration. In a third dry dock you can take a tour through a submarine. HM Submarine Ocelot was the last warship built for the Royal Navy at Chatham Dockyard. An ‘O’ Class diesel electric submarine, she was launched in 1962 and saw service with Royal Navy throughout the height of the Cold War until she paid off in 1991.  A normal sized crew would consist of 69 submariners, but she could carry a maximum of 80. 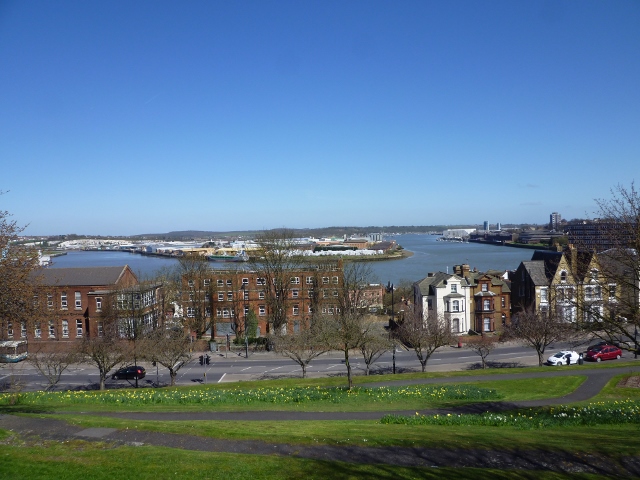 The dockyard also served as a film set for the BBC series “Call the Midwife”, when it was transformed into Polar Docks in London in the 1950s. Tours of the site are available. Close by near the bus station is the office of BBC Radio Kent.