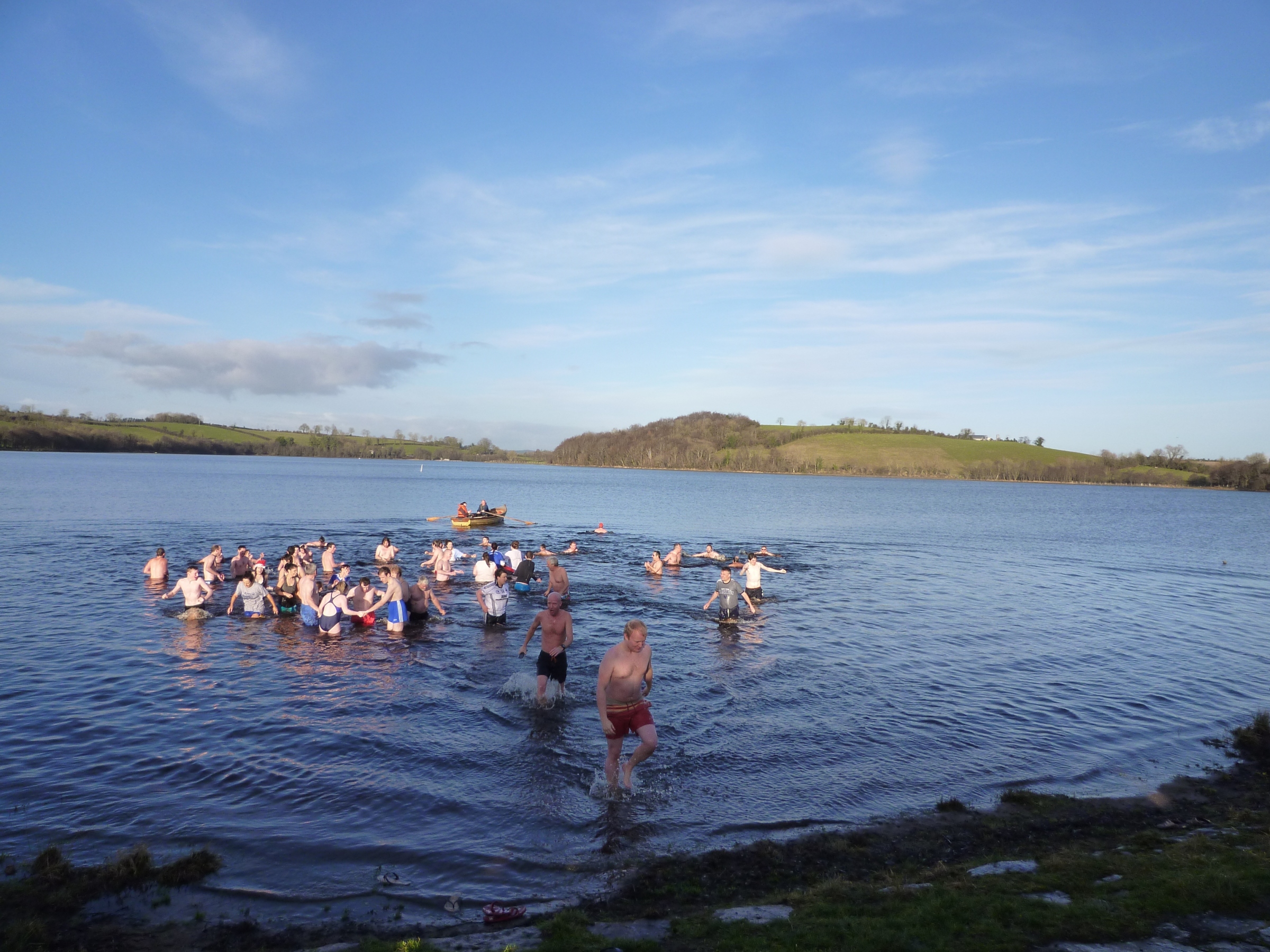 EMY LOUGH SWIM: Congratulations to all who took part in the annual Emy Lough Christmas dip for charity near Emyvale in County Monaghan. Organised by the friends and parents of people with intellectual disability. I spotted Paul Bowe father of the rugby international Tommy who is recovering from injury and also Sammy Leslie from Castle Leslie in nearby Glaslough among the participants. My car temperature said 8C but I’m sure the water was considerably colder, even though the sun shone and it was the mildest such day for the dip in many years. More pictures can be seen at http://www.emyvale.net/swim2012.html

A small stone near a church on a Scottish hillside marks the grave of 19 year-old student HELGA MOSEY. She was among 243 passengers on board Pan Am flight 103 brought down by a bomb on December 21st 1988. The explosion at 31,000 feet and immediate crash also killed 16 crew and 11 residents of Lockerbie in Dumfries and Galloway, where Clipper Maid of the Seas came down. I visited the well-kept churchyard at Tundergarth some four miles from Lockerbie four years ago, as I was returning from Newcastle on Tyne. My younger daughter, then 23, had just graduated. Only now on the 24th anniversary of the bombing am I seeking out the story of Helga and some of the other victims. On a gap year in the United States, Helga was returning to her job as a nanny and hoped to study music at Lancaster University. One of her favourite songs, a German aria “Bist du bei mir”, was sung at her memorial service. Helga’s body had been found where sections of the Boeing 747 including the nose cone fell from the sky, some 500 yards from the parish church. For Helga’s parents, Pentecostal Minister Reverend John Mosey and his German-born wife Lisa, the loss of their daughter was a watershed according to a Daily Telegraph interview three years ago. For them, everything is now “before” or “after” Lockerbie. One of the things they did to commemorate Helga was to set up a trust to help disadvantaged children in several countries, including Libya, where those behind the bomb attack came from.

In the same graveyard lie the remains of one of the many American victims. Like Helga, JOHN BINNING CUMMOCK was also flying from London Heathrow to JFK airport in New York. He was a 38 year-old father of three from Coral Gables in Florida. His widow Victoria Vice President of the Pan Am 103 Families group representing over 180 next-of-kin made a submission to Congressman Charles Schumer when the US House of Representatives was debating counter-terrorism legislation in 1995. Tomas Van Tienhoven from Buenos Aires (and London) is also buried at Tundergarth. The main memorial to the victims is at Dryfesdale cemetery in Lockerbie, where three of the victims from the plane and one local resident are buried (Britton: “Elegies of Darkness: Commemorations of the Bombing of Pan Am 103” p.65). Three of the victims were of Irish nationality. Brigid (53) and Thomas (51)Concannon lived at Banbury in Oxfordshire and were travelling with their 16 year-old son Sean, born in Britain. Peter Dix aged 35, a management consultant, lived in London and was originally from Dublin. His former school St Columba’s, Whitechurch, has an annual poetry prize named after him. Syracuse University will also have a special reason today for pausing to remember the 35 students who were caught up in the terrorist attack, returning from visits abroad. In May 2000 the trial began in the Netherlands of two Libyan intelligence operatives accused of the bombing and the murders of 270 people. One of them was convicted, Abdel Baset al-Megrahi. After serving eight years of a minimum 27 year sentence he was released by Scotland in 2009 on compassionate grounds after being diagnosed with terminal prostate cancer. He died at his home in Tripoli earlier this year, aged 60.

There is another memorial where many of the families will be gathering on this anniversary. It’s at Arlington National Cemetery near Washington DC. On a visit three years ago, I remember seeing the memorial cairn which is crafted from 270 blocks of red sandstone quarried in the Lockerbie area. I stopped to say a prayer for the victims and I do so again tonight.  MAY THEY REST IN PEACE. 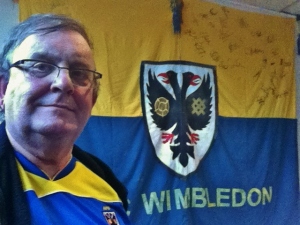 A huge day in the history of AFC Wimbledon. A goal in additional time saw MK Dongs aka Franchise overcome the Real Dons and advance to the FA Cup 3rd round. But the Wimbledon players & supporters were the real stars. Full marks to whoever ordered the aerial bombardment sign #wearewimbledon! There was a great atmosphere at The Fans’ Stadium, Kingsmeadow, where several hundred Dons supporters watched the match on television. 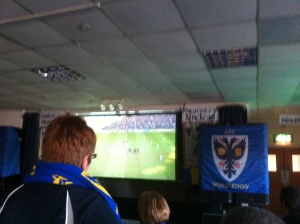 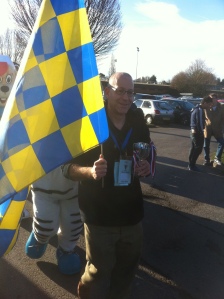 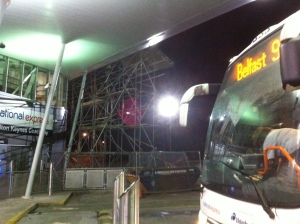 The bar trade helped to bring in revenue as did the Club shop. I am glad I went there to follow the match and not to MK some 60 miles away. A moral victory for AFC Wimbledon. Two coincidences: as I write I am waiting for a bus at London Victoria coach station to take me back to Belfast via Cairnryan and the first stop is Milton Keynes. Update: A five minutes stop there for a cup of tea was plenty! Secondly I was picked up this morning heading to Belfast City airport by a taxi driver whose relative happened to work for MK DONS!! #wearewimbledon