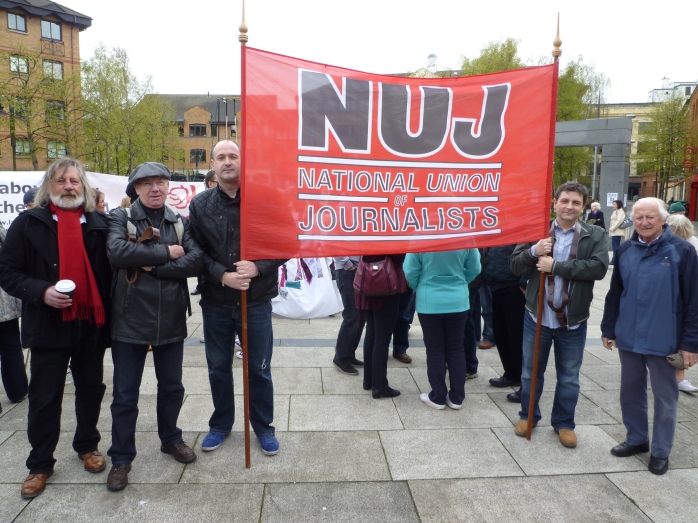 NUJ Members at May Day March

The annual ICTU May Day rally and parade was held in Belfast on Saturday 4th May. A number of members gathered beside the NUJ banner at Writers’ Square near St Anne’s Cathedral at 12 noon for speeches followed by a march through the city centre accompanied by brass, pipe and samba bands. The march took a slightly different route and finished back at Writers’ Square. It was one of a series of events organised by Congress on the occasion of the centenary of the 1913 Dublin lockout. 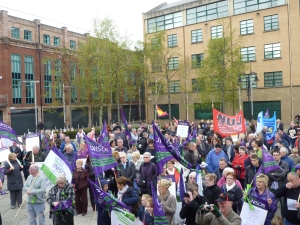 The May Day march is among the biggest in the UK and Ireland, and featured speeches from leading union activists. With sponsorship from the European Union Regional Development Fund, Belfast City Council and the Community Relations Council, are presenting an extended festival programme with events for everyone, including walking tours, exhibition launches, lectures and the May Day and Diversity Festival. 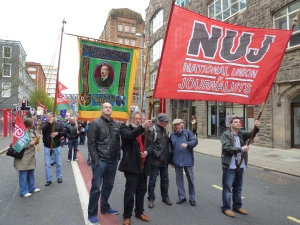 Amongst the numerous events taking place will be the collaborative exhibition World of Work (WOW) at the Golden Thread Gallery, to celebrate the essence of May Day and showcase the often hidden value of trade union learning initiatives. The gallery will also host the Through the Lens Photographic Exhibition. Over the last six months groups of trade union members and activists have worked to interpret ‘Diversity’ through digital photography. They have come up with images of diversity in all its forms.

There was a good turnout from the main unions including Unison, Unite, NIPSA and the GMB. 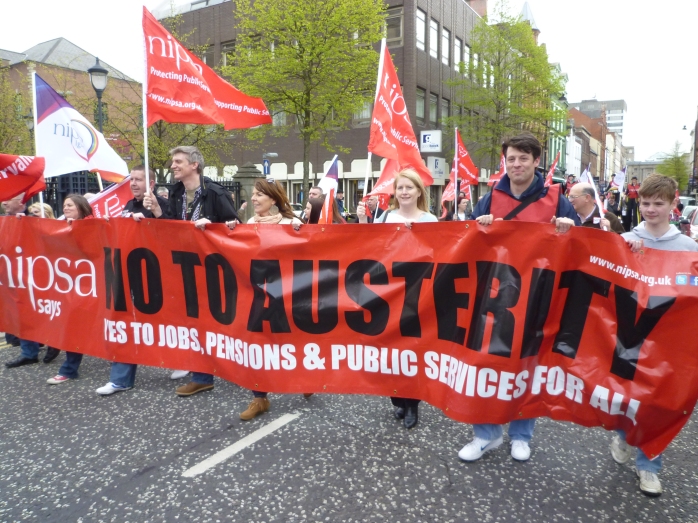