The 300-strong Irish contingent that took part in the 55th international military pilgrimage to Lourdes returned to Dublin this afternoon, having travelled on Wednesday to the famous shrine of Our Lady in the Pyrenees in southern France. Over 25,000 military personnel and their families and friends participated in the 2013 Pilgrimage. Since 1958, the shrine has seen soldiers from all over the world come in peace to venerate Mary. The tradition of the International Military Pilgrimage (IMP) began in 1958, after what was initially a regional then national pilgrimage was made international to recognise officially the many soldiers that had been arriving. The only glitch was a baggage handling delay at Lourdes-Tarbes airport, which meant that the departure of the two Dublin flights was two hours later than expected. 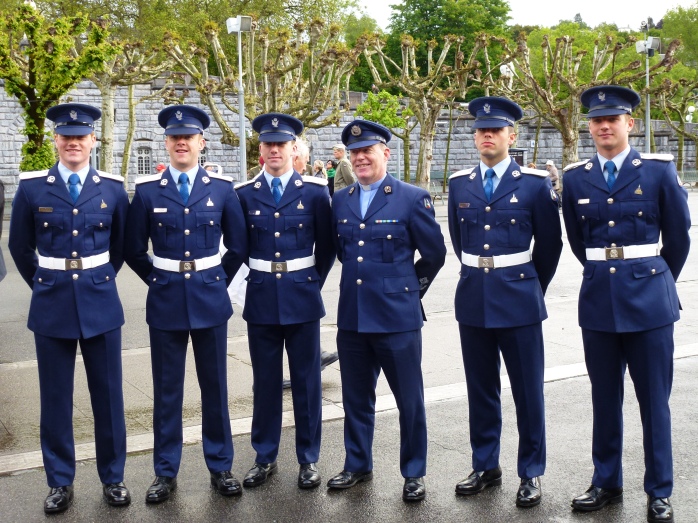 Along the way we met groups including young helpers from Ossory (Co.Kilkenny) and Raphoe (Co.Donegal) taking part in their diocesan pilgrimages. From England, there were groups from Middlesborough (staying in our hotel), Birmingham and Plymouth dioceses (staying in the hotel next door, where the UK contingent from the Royal Navy, RAF and British Army were based). The young people were a credit to their respective groups and in the case of the Defence Forces, the cadets from the 89th class at the Curragh Training Centre along with the Navy cadets from Haulbowline and Air Corps cadets from Baldonnell represented Ireland with distinction, along with the DF pipe band, who never seemed to go to bed and a group from the Civil Defence 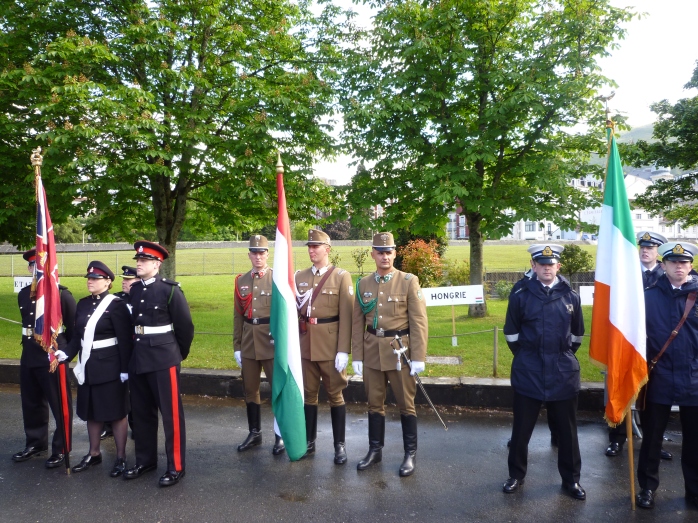 Parading the Colours: Ireland (Navy) with UK (RMAS) and Hungary

One thought on “LOURDES RETURN”