From time to time on my blog, I republish blogs from other people that have caught my attention. If you read my reports from Bristol earlier this year, you may have noticed my coverage of the SS Great Britain which was recovered from the Falklands and then brought back to Bristol for restoration. It is now a museum and it is well worth a visit if you are passing that way. I have still to visit the restored clipper Cutty Sark in the dry dock at Greenwich in London, but I did pass by that famous ship during a walk along the Thames in April last year.

My interest in today’s story of the Mary Rose developed because at the time the warship was salvaged from the Solent in October 1982, I was a senior journalist in RTÉ News in Dublin. A colleague from County Meath who worked with me on the television news desk turned out to be a distant relative of Sir George Carew, commander of the Mary Rose, who died when she sank at the entrance to Portsmouth harbour in 1545. The commander had just been created Vice Admiral of the fleet by Henry VIII. The Mary Rose will open as a museum tomorrow Friday May 31st in Portsmouth. The building cost £35m. 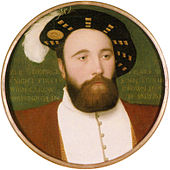 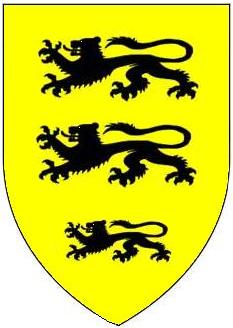 So here is the story of County Clare and the Mary Rose, as told by Irish Waterways History:

“A new museum dedicated to the Tudor warship Mary Rose will be opened in Portsmouth on 31 May 2013. Despite what the UK Independent says, the warship did not lie “undiscovered in the Solent until its exposed timbers were seen by divers in 1971″: the rather longer Guardian story points out that the Deane brothers dived on the wreck in the mid-nineteenth century. Charles Deane also worked on the recovery of the cargo of the Intrinsic, off the coast of Clare; he allowed Thomas Steele to wear his apparatus to descend on the wreck.

In September 1840, in the same issue that reported Mr Brunel’s rash wager of £1,000 that, when his Great Western Railway was finished, he could travel from Bristol to London in two hours [i], the Mechanics’ Magazine also reported that:-

‘Mr Steele, of the County Clare, in the prosecution of his new principle of submarine illumination of objects in dark and muddy water, has been this week down on the wreck in Mr Deane’s water-tight dress and diving helmet, making some observations and experiments’  [ii].

It may be, therefore, that it was a Clare man who cast the first light on the Mary Rose for almost three hundred years”.

[i] italics in the original