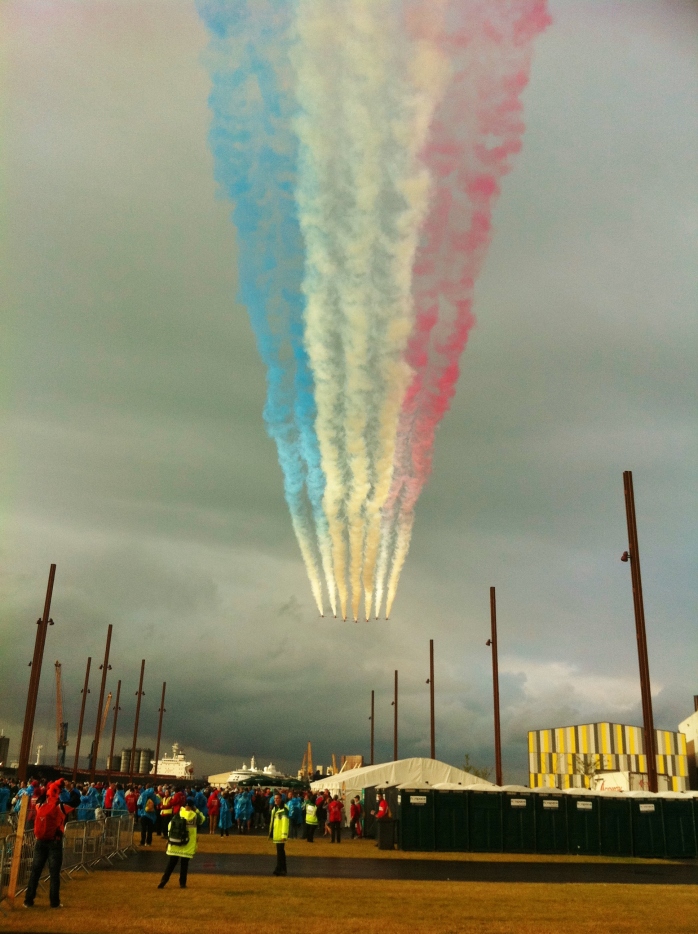 The Red Arrows having just taken part in an air show in Newcastle, County Down, flew low over the Titanic Quarter in Belfast leaving behind a trail of red, white and blue smoke in a spectacular start to the closing ceremony of the 2013 World Police and Fire Games. In the background the cruise ship Silver Cloud was berthed on a one-day stopover.

This year’s event in Northern Ireland has been hailed as the friendliest and best games ever, taking place in 41 venues with nearly 7000 competitors from 67 countries. WPFG Federation President Mike Graham said “the organisation and professionalism of the WPFG delivery team has been exemplary, the warmth and welcome of the many thousand volunteers has been outstanding, the support of the local people has been second to none and even the weather has been fabulous. The WPFG Federation is absolutely delighted with what has been the pinnacle of our games to date and we are indebted to Belfast and Northern Ireland for making it happen.” Mind you, there was a heavy shower of rain just before the ceremony got underway! 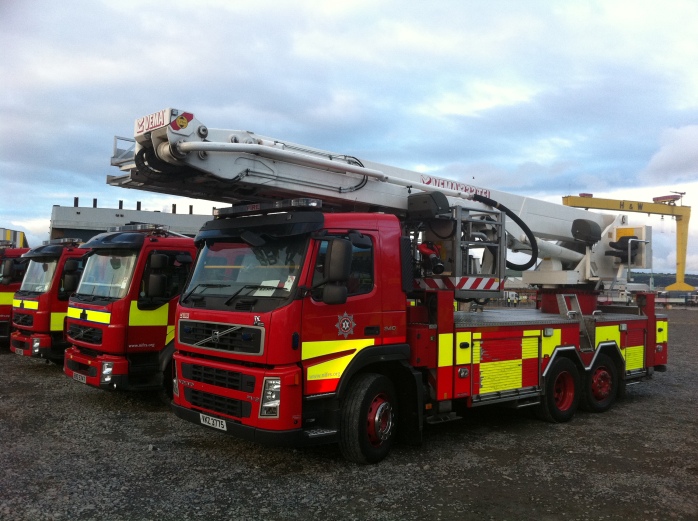 Sports Minister Carál Ní Chuilín said the games had brought a significant boost to business and tourism. The Minister said the closing ceremony had officially lowered the curtain on a remarkable ten days in the North. “It is appropriate to look back on an event, the likes of which we have never seen before,” she said. “That we could host the World Police and Fire Games might have been unimaginable a few years ago. Yet we have confidently welcomed thousands of competitors from across the globe to join in a sporting spectacular. The games have further opened the eyes of the world to the north, they have come and experienced the best of what we have to offer”, she added.

A special tribute was paid to the 3,500 volunteers known as the ‘spirit of the games’ for their friendly and enthusiastic contribution.

The spirit of the volunteers is evident as a double rainbow appears Photo: © Michael Fisher

The formalities included a parade of flags from the participating countries, the handing over of the WPFG flag to next host city, Fairfax, and the final journey of the Flame of Hope. 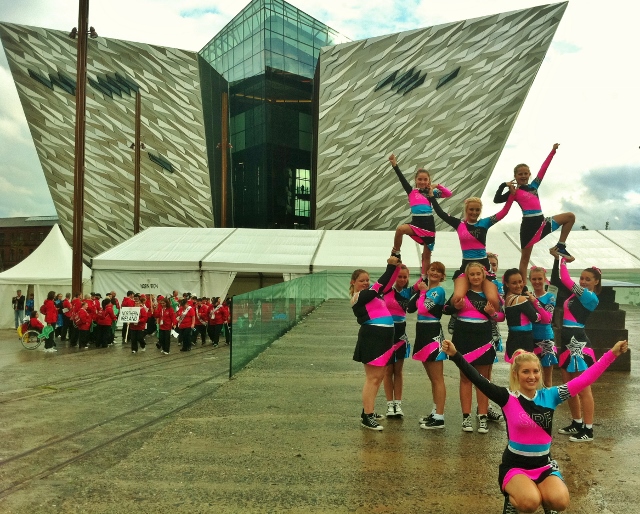 PSNI Deputy Chief Constable and Chair of the 2013 WPFG Board, Judith Gillespie, said the games were a prime example of why Northern Ireland was “renowned for its warm and friendly welcome”. “I feel very proud, of all of our serving and retired colleagues as they stood shoulder to shoulder with fire service and prison service colleagues in Team Northern Ireland. But I am also extremely proud to have been part of this wonderful event that has brought such colour, vibrancy and enjoyment to so many and which I hope will leave a lasting legacy for Northern Ireland for many years to come”, she added.