Former deputy leader of Fianna Fáil Mary O’Rourke made an interesting suggestion in her address to the 22nd annual William Carleton summer school in Clogher, County Tyrone, earlier this month. Her speech was reported and analysed by the Irish Independent and Sunday Independent. It was the subject of reports and editorials in the Irish Times and The Examiner (the latter very unfairly in my view referred to an unnamed ‘unfashionable’ summer school as the location for her talk).

During her speech which can now be viewed on youtube, she referred to an address made at Béal na mBláth by her nephew, the late Brian Lenihan (junior) TD, who was then Minister for Finance, in August 2010. She put forward the suggestion that the time had come for a realignment of the main parties that emerged from the Irish Civil War, Fianna Fáil and Fine Gael, into a Coalition. 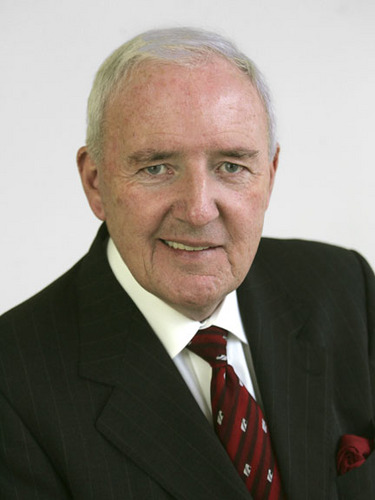 Now at the same commemoration of the death of Michael Collins at the hands of anti-treaty forces at Béal na mBláth in August 1922, former Garret FitzGerald media advisor Bill O’Herlihy has made a similar suggestion. The PR executive and broadcaster told the crowd he had been ‘fascinated’ by the suggestion made by Mary O’Rourke eighteen days ago.

Mr O’Herlihy’s speech had been widely reported on RTÉ News as well as in the Irish Times and Irish Independent, along with TheJournal.ie. For a full copy of his comments, you can click here (link via Irish Times website).