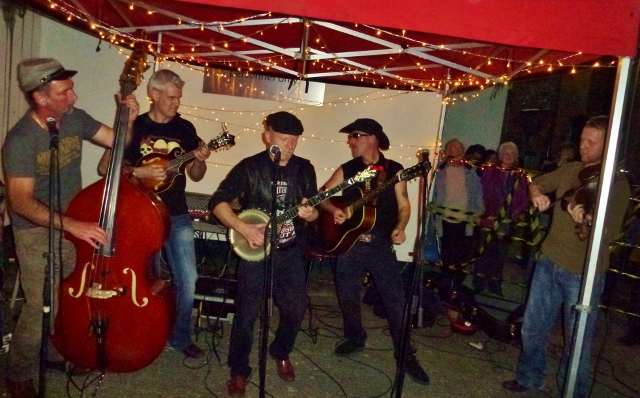 Belfast city centre was truly buzzing with the fifth annual Culture Night, part of a larger event taking place across the island. Great to see people out enjoying themselves and music coming from around every street corner along with street performers and exhibitions. All over Ireland, museums, galleries, theatres, churches, historic houses, artists’ studios and cultural institutions threw open their doors for patrons to dip into whatever appealed to them from poetry to music to dancing.

In Belfast the streets, places and spaces in the Cathedral Quarter and further afield were thronged for several hours  with thousands of revellers, young and old. More than 250 dance, music, theatre and visual arts were staged at 100 locations. 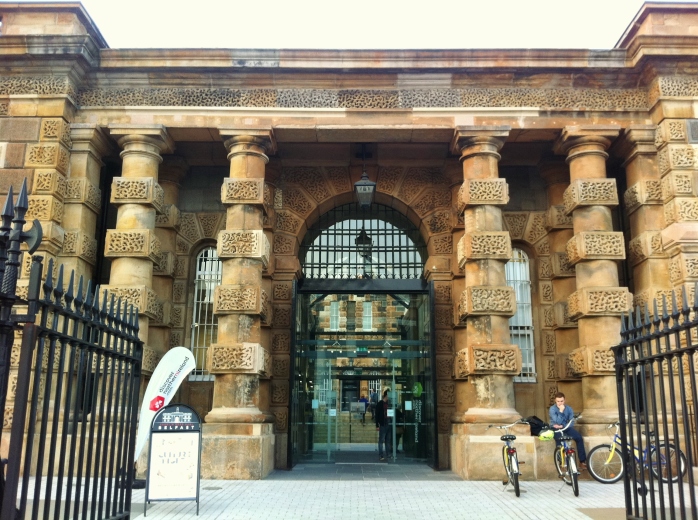 I went to see acoustic folk musician Edelle McMahon singing at the former Crumlin Road Gaol, now developed as a tourist attraction. She told me it was certainly one of the most unusual locations in which she had been asked to perform. Edelle is from Emyvale in County Monaghan. During the recent William Carleton summer school, she sang the ‘Romance of the Merrow Queen’ at the unveiling by me of a restored plaque at the Blue Bridge, Emyvale, marking the Carleton connection.

Edelle is a singer and songwriter based in Belfast, who is described in the Culture Night programme as an “up and coming performer”. She was given two slots to sing during the evening, based in the circle at the centre of the jail, from which the four wings radiate. A great change to hear the strains of gentle music coming through the entrance instead of the clatter of keys and banging of cell doors along with the voices of prison officers and inmates!

Culture Night programme organiser Adam Turkington told the Belfast Telegraph the entire team was thrilled with how the weird and wonderful festival of fun had turned out:-

“Every year we’re so busy planning the thing, we don’t always take time to appreciate just how massive culture night has become. Every year we’re cautiously hopeful of a decent turnout, and sure enough, (each time) we’re blown away by the numbers that come down to the city centre and beyond to celebrate Culture Night. Just looking around me now, it’s utterly incredible, people of all ages and backgrounds milling about and exploring and enjoying all sorts of different performances and oddities. Happenings on every corner and a city centre where everybody is smiling.”

Mr Turkington also said he was particularly happy the annual event was a welcoming environment for anyone and everyone. “I think most importantly about Culture Night Belfast, the city becomes one huge shared space for all”, he added. That was clear from what I witnessed during the time I spent there. “Belfast: a city for all” should be the message going out to the world.

One thought on “CULTURE NIGHT BELFAST 2013”