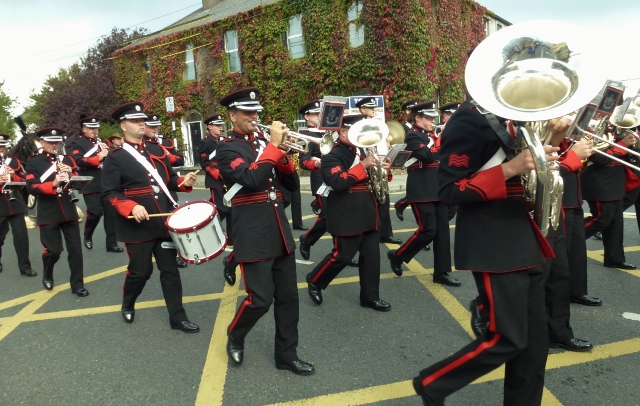 One of the highlights at the start of the recent RTÉ Big Music Week to encourage live music was the parade in Newbridge. It made its way from the train station to the Main Street and then over the bridge across the River Liffey to Patrician Secondary School for an hour-long concert in the school hall. The parade was led in style by the Army No.1 Band from Cathal Brugha Barracks in Dublin. Tomorrow night (Saturday 12th October) they will be performing at the National Concert Hall in Dublin in the annual defence forces benefit concert and the tickets are sold out so there will be a full house. Celine Byrne from Caragh in County Kildare who was also in Newbridge for the RTÉ Music week is the guest soprano. 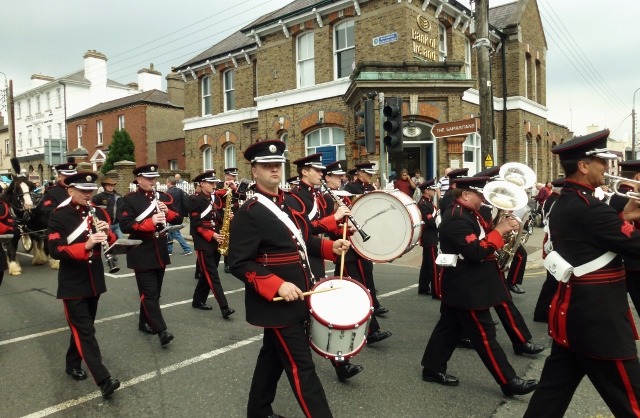 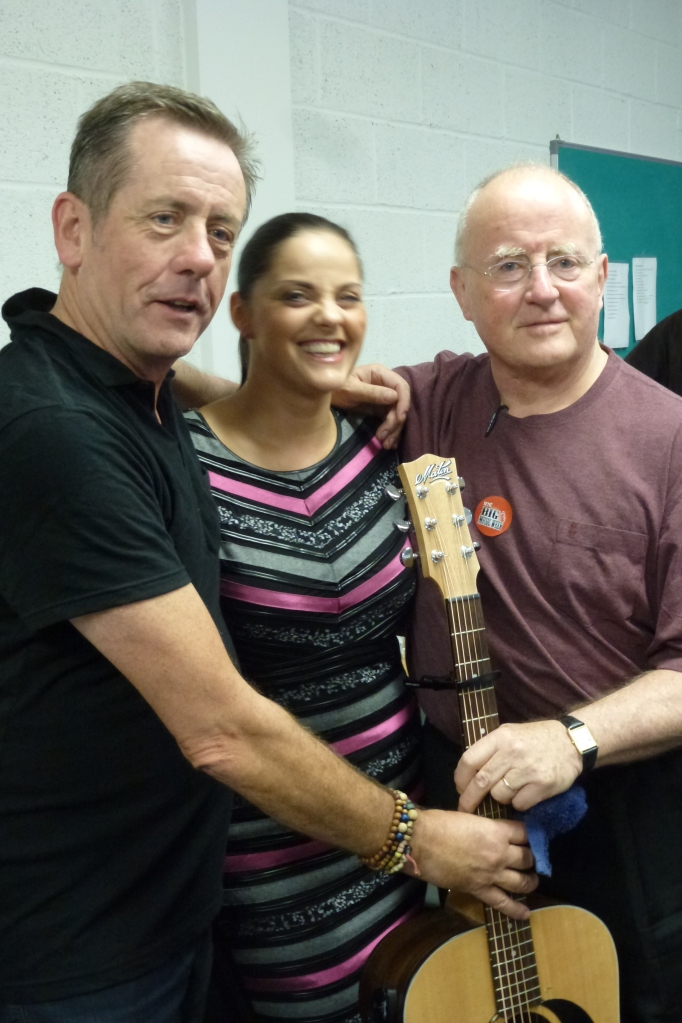 Celine Byrne with Luka Bloom and his brother Christy Moore in Newbridge: up the Lilywhites! Photo: © Michael Fisher