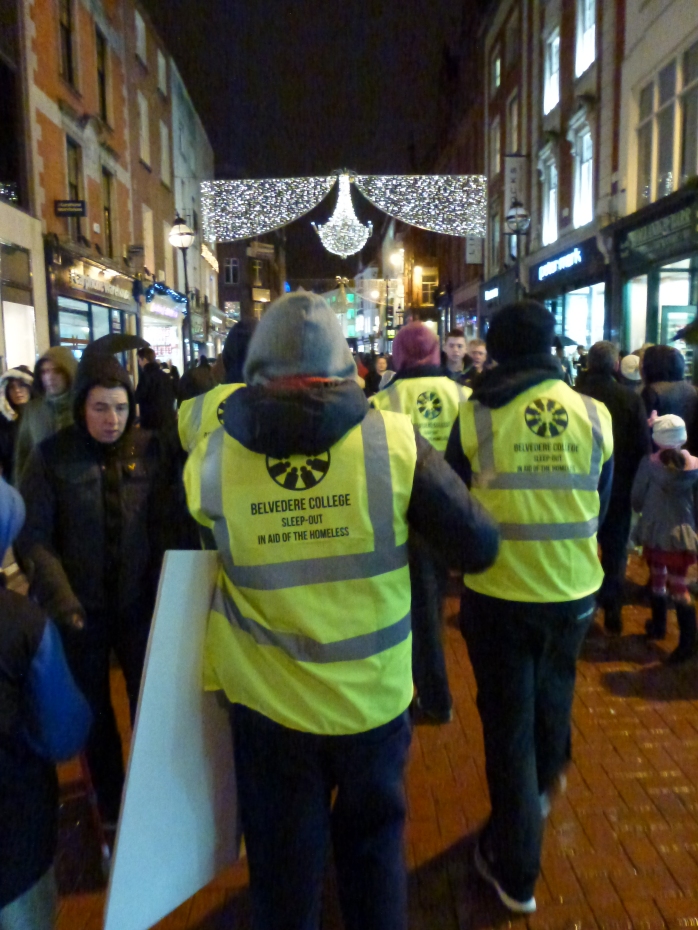 For the past thirty years, staff and students from Belvedere College SJ in Dublin have been doing something very different at Christmas, amidst all the glitz and glamour of the annual retail fest. They hold a sponsored sleep-out on O’Connell Street in aid of the Peter McVerry Trust for the homeless and other charities such as Focus Ireland. As well as dropping some money in the buckets in O’Connell St, this year people can also donate using a text service. By texting ‘Sleepout’ to 57802, people will be donating a minimum of €1.60 for the price of a €2 text.

Some of the students and their teachers also decide to fast for a period of the sleep-out. It is an integral part of the College’s commitment to social justice and the participants each year have become a familiar sight for passers-by on Dublin’s main street. Staff and pupils have raised well over €120,000 in recent years.

Collecting on Grafton Street for the homeless Photo: © Michael Fisher

I saw recently that in a similar exercise to raise awareness about the problem of homelessness, students at my former school Wimbledon College SJ spent a night in sleeping bags in the playground in a sponsored sleep-out. I can remember passing through Waterloo station on many occasions and seeing what became a ‘cardboard city’ in one of the underpasses near Waterloo bridge where homeless people slept rough. Now the problem has again become more acute in Dublin. 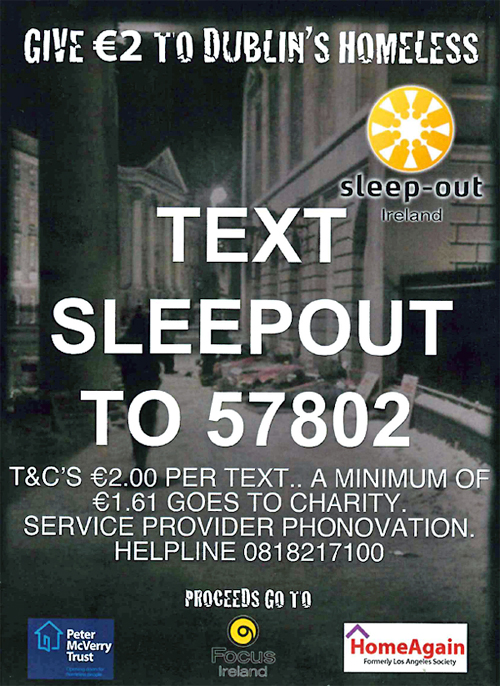