This was my first visit of the 2013/14 League 2 season to Kingsmeadow. The day was sunny but cold and the pitch seemed in good condition as the two teams came out from the dressing rooms. 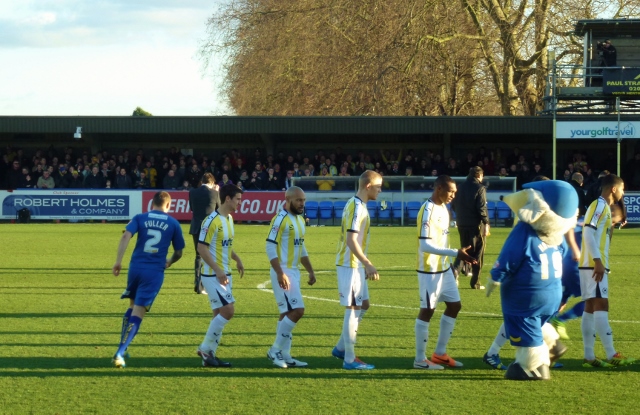 It looked like our mascot Haydon might get a call-up to the first team in the absence of Harry Pell who called in sick with a stomach bug. Certainly the Dons could have done with his enthusiasm in the first half, when there were times that the defence seemed asleep.

Going into the game the Dons were in 14th place in the table while Torquay United were one from bottom. The visitors also had a new manager Chris Hargreaves. The West Country club was once managed by Irishman Frank O’Farrell in the 1960s. 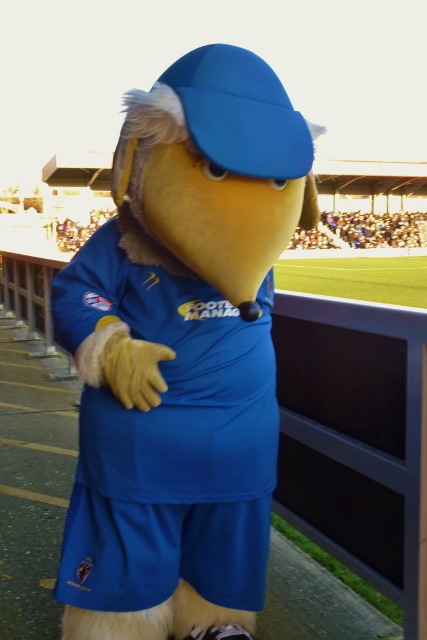 The visitors took the lead after 29 minutes through defender Krystian Pearce and doubled their advantage before the break when on-loan striker Jayden Stockley scored two minutes before the break. That last 15 minutes of the first half was some of the worst football I have ever seen from AFC Wimbledon from my vantage point in the Paul Strank stand. 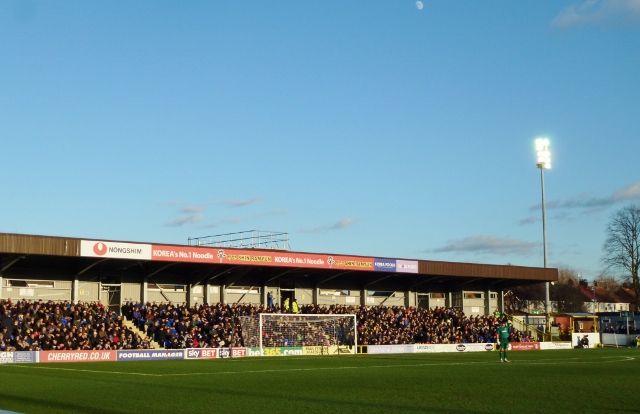 Dons’ manager Neal Ardley was forced to ring the changes during the break and made a double substitution. He introduced wingers Chris Arthur and Kevin Sainte-Luce in place of Alan Bennett and Luke Moore. That meant a switch back to a more orthodox 4-4-2 formation from the 3-5-2 preferred by the boss in recent times.

Playing towards the Nongshim Stand, Sainte-Luce provided just what the fans behind that goal were looking for when he powered down the right and was sent sprawling by Kevin Nicholson, who received a booking for the challenge. Callum Kennedy sent over a cross that Torquay keeper Michael Poke parried before a Dons’ player could get a touch. Wimbledon finally started to exert a spell of pressure just before the hour, but the visitors’ defence held firm.

The attendance was good – 4,339. Of those, 402 made the trip from Torquay and they were the ones who went away happy that their side had secured three valuable points. For Neil Ardley, it’s back to the drawing board. He certainly wasn’t happy with his side’s performance.