Dominic Lee, photographer, of Priory Studios, Stillorgan, has begun a fundraising campaign for a sculpture of the well-known artist, Sir William Orpen. Orpen was baptised at St Brigid’s Church of Ireland church in Stillorgan. Earlier this year Dominic came to nearby Mount Merrion parish to talk about the project and to display copies of some of his paintings from World War I.

Dominic says there is a beautiful spread in the 2015 Obelisk journal about his fundraising project for a sculpture of Sir William Orpen for Stillorgan Village.  Cover painting – The Hill, Stillorgan by Olivia Hayes.
Published by Kilmacud Stillorgan Local History Society – Copies available from stillorganlocalhistory@gmail.com for €6.  Talks take place at 8pm on the 2nd Thursday of every month in Glenalbyn Sports Club. 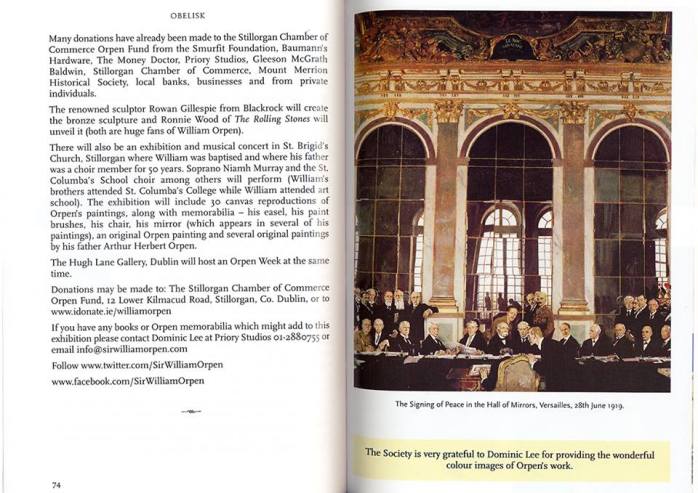