Congratulations to Ireland lock Devin Toner on signing a new professional contract for Leinster Rugby, which will keep him with the province until at least June 2017. Big Devin made his senior debut for the Boys in Blue against the Border Reivers in January 2006 and has since made 157 appearances for Leinster, scoring three tries.

He made his Ireland debut in the 20-10 win over Samoa in November 2010. The 28 year-old has won 20 caps for his country and his last appearance for Ireland was in the 26-23 victory over Australia in November. Devin won a RBS 6 Nations Championship with Ireland in 2014 and has collected three Heineken Cups, an Amlin Cup and three PRO12 league titles with Leinster.

Commenting on the new contract he said: “It is great to have signed on for another two years with Leinster. I have been with the province for almost a decade and during that time the club have invested a lot in my development and have given me the platform to reach my potential and achieve success at both provincial and national level”.

IRFU Performance Director, David Nucifora said Devin had developed into an international level second row over the last few seasons. He had performed consistently at a high level for both Ireland and Leinster and was illustrating strong leadership skills in both the provincial and national environments.

Leinster CEO Mick Dawson said: “We are delighted that Devin has signed an IRFU contract which keeps him at Leinster up to the end of the 2017 season. Devin’s skill, athleticism and leadership add greatly to our environment and he continues to grow and develop as a player who has a huge role to play at Leinster over the next few seasons”. 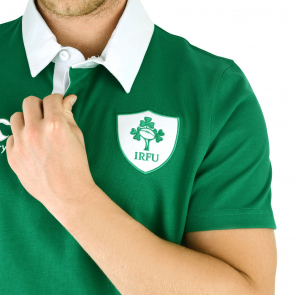