Desmond Fisher, who died in December aged 94, was a journalist who was undoubtedly less well known than he deserved to be, but whose contribution to religious journalism in English in the twentieth century was in many senses significant. It spanned an era when Catholicism in particular was undergoing seismic changes – changes which he witnessed, and documented for a wide variety of media, with consummate professionalism, balance and a deep commitment to his own religious faith.

He never courted personal publicity, and of course he contributed much of his work in print rather than in broadcasting, and in another era – one in which Twitter and Facebook were unknown, and television was only coming of age. When he joined RTE as Deputy Head of News in 1967 – almost half a century ago – he had already had a stellar career in print journalism, of which most of RTE’s Young Turks in the 1960s would have been blissfully ignorant. 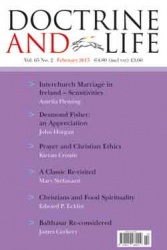 Almost two decades in journalism, most significantly as London Editor of the Irish Press Group, meant that he was, metaphorically, at the top of his game when he was approached in 1962 with an invitation to become editor of the Catholic Herald in London, possibly because his reports from Rome for the Irish Press on the first session of Vatican 2 had marked him out as that rarity – a newsman who understood, and could write fluently about, the epochal changes that were just beginning to impact on global Catholicism.

Catholicism in Britain was then, and remained for many years, something of a hybrid. Its membership ran from the aristocratic Duke of Norfolk to the working class masses of Irish origin who populated the great British industrial cities. His predecessor, Michael de la Bedoyère, was a Stonyhurst-educated scion of the former class, a somewhat languid intellectual who had been in post for almost three decades. Under his editorship the paper once printed its major leading article with a final editorial sentence reading: “Cut here – the rest is tripe.”
This may not have been a hanging offence, but the writing was on the wall in any case for other reasons, mainly because the English Catholic bishops found him too liberal, and the proprietors clearly wanted an editor more open to clerical orthodoxy, and to the large potential readership who were largely readers of the rival, and much more down-market, Universe. In the event, Des Fisher initially did not disappoint. He welcomed the opportunities offered by the Council with gusto, and his reports from Rome between then and 1966 not only burnished his reputation, but earned him the respect and friendship of a wide circle of international journalists – Henri Fesquet of Le Monde, Raniero La Valle of L’Avvenire, Jerszy Turowicz of Tygodnik Powszechn in Poland, Bob Hoyt of the National Catholic Reporter, and Bob Kaiser of Time magazine – as well as the trust and confidence of the kaleidoscopic collection of bishops, theologians, and others, clerical and lay, Protestant, Catholic and agnostic who descended on Rome en masse every autumn to watch, and participate, in that great event.

Douglas Woodruff, then editor of the Tablet, warned Des in a Roman restaurant just before the Council began that it was always dangerous to underestimate the Curia, whose motto was Qui pensiamo in seculi – here we think in centuries. It was a warning Des was happy to ignore even when – as events were to demonstrate – it was to his career disadvantage. His own post-Conciliar book, “The Church in Transition,” was typically modest and low-key. He was never one of those people who, in the memorable Irish phrase, had “a great welcome for himself,” but he could tap into the zeitgeist with the confidence and competence of a true professional. 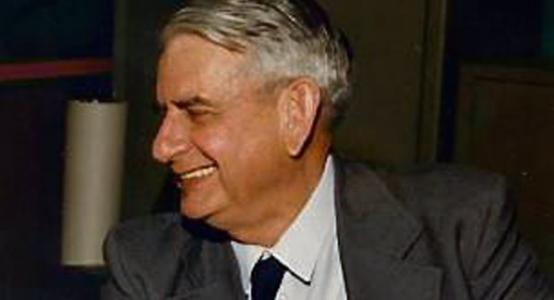 Des’s tenure as editor of the Catholic Herald was marked not only by his professional expertise and dyed-in-the-wool fair-mindedness, but also by his courage. When the English theologian Charles Davis, one of the most progressive and prophetic voices of his generation, decided to leave the ministry –and ultimately to marry – it was Des who befriended him and sheltered him in his house in Wimbledon while the British tabloid press hunted him like a wild animal. He as courageous, too, in his unwillingness to cut his cloth by anyone else’s measure: this was to be tested when he discovered that his honeymoon as editor of the Catholic Herald was always subject to the whims of the English hierarchy. A number of bishops, Irish as well as English, disapproved of the tenor of his reports, and the Catholic Herald was banned in some parishes. All this was undoubtedly a key factor in a decline in its circulation, which strengthened the hands of his critics. Both the main owner of the Catholic Herald, Vernor Miles, and Cardinal Heenan, archbishop of Westminster, were deeply disturbed by the tenor of Des’s reporting and Miles arranged to have him recalled from Rome on the manifestly inaccurate grounds that the bulk of the Council’s work was over. Three months later he resigned, citing “policy differences with the Board.” His departure occasioned personal letters of regret from, among many others, Abbot Christopher Butler of Downside, the theologian Fr. Hubert Richards, and Archbishop Denis Hurley of Durban.

In Des’s case, however, it was – as ever – a case of reculer pour mieux sauter. With a courage rarely displayed by someone of his years, and with a young family to support, he took to free-lance journalism. He wrote a weekly column for the Anglican Church Times, and wrote exclusively on Catholic affairs for the National Catholic reporter and the St. Louis Review in the United States, as well as contributing to Commonweal, the Tablet, Doctrine and Life, and the Furrow, among many other publications. He might have become editor of Hibernia in Dublin if it had managed to attract new investment capital, and both Herder Correspondenz, and a Canadian Catholic weekly, were keenly interested in securing his services, before he was head-hunted by Jim McGuinness (an old acquaintance from Irish Press days) to take up a senior position at RTE. Like many a journalist, he was not really an organization man, and managed to escape the RTE bureaucracy from time to time to write about his interests in religion, in Irish media generally, and in the right to communicate. He was reminiscing in the Irish Times about Vatican 11 a half-century after it had ended, and had just finished, before his death, an annotated translation of the Stabat Mater, which is due for publication later this year.

He was, in a sense, a fine embodiment of that element of the populus Dei to which he would refer wryly from time to time, and which is, in these troubled but fascinating days, needed more than ever: the Church’s loyal opposition. It was not a concept with which the hierarchs he met ever really felt comfortable; but it is an apt description of the role he and many others played in those wondrous times – times which may, with luck, come again.

Postscript: I should declare an interest. I first met Des in London in his Irish Press office early in 1962, on the basis of an introduction from the editor of the Evening Press in Dublin, for which I had briefly worked. I was newly married, and unemployed, and expected little more than a few stern words of warning about the impossibility of getting into Fleet Street. The conversation turned – without my realising it – into a job interview, and at the end of it he offered me a job on the Herald when he moved there at the end of the month. Although I left the Herald after less than two years to join the Irish Times in Dublin, the training and encouragement I got from him in that small, busy office was to stand me in good stead for the rest of my professional life. Some of the information in this appreciation has been garnered, with his family’s permission, from a memoir of his own professional life which he wrote before his death and which is now, together with the rest of his papers, destined for the Media History Archive at Dublin City University, to which he bequeathed it.  John Horgan  21 January 2015

The family of the late Desmond Fisher would like to thank all those who sent messages or letters of sympathy or Mass cards following his death on December 30th and helped them in their bereavement. Also to those who posted online. Thanks to everyone for your support during a time of grief. I will post more news about his 200-page book Stabat Mater nearer the time of publication: today was spent going through the second proofs and checking for any further corrections. Michael Fisher.