A great concert tonight by Finbar Furey at the Lyric Theatre in Belfast. But as he told Patrick Freyne of The Irish Times in January, he’s on his last big tour and is “winding down the clock” at the age of 68. The outstanding song was probably his rendition of Willie McBride, in which the packed audience joined. He started off with The Lonesome Boatman, playing the large tin whistle. At other stages in the show he played banjo, guitar and the uilleann pipes. He was accompanied by on double bass.

“Finbar Furey loves the idea of his music bringing people together. This happened at theWorld Cup in 1994, he says, when Holland were playing Ireland. “At half time, the Dutch fans started singing ‘Het Kleine Café’,” he says. “And the Irish fans were all saying, ‘Hang on a minute that’s [Fureys’ song] The Red Rose Café, so they started singing it. And Paddy says, ‘Aren’t them Hollish people brilliant, singing one of our songs for us. Fair play.’ They didn’t know it was a Dutch song. And the Dutch are saying, ‘Ah, the Irish have learned one of our songs.’ It was the only time two sets of football fans were seen kissing and cuddling each other.”

He laughs. The 68-year-old is sitting forward in his chair in a Dublin hotel. He’s wearing a white fedora hat and a leather jacket and he’s looking sprightly and tanned. “It’s a bottle tan,” he says. Actually, he’s recently come back from Spain. He’s also just had “a big feed of bacon and eggs”, which may explain the sprightliness. “I’m not supposed to. Not after the bang: the heart attack I had two years ago. I haven’t had a fry-up for 2½ years.”

He’s doing publicity for a spate of gigs across Germany, Ireland and South Africa. He also just completed an album of uilleann pipe music, which he promises will be “an eye-opener”, and he’s hoping to begin another record in South Africa with local musicians. It’s probably his last big tour. “I’m winding down the clock,” he says.

He has been playing music for a long time. “[My father] would take me to different parts of Ireland with him. We’d go into a pub and start a session in the pub, [then] he’d move on to another pub someplace else. He would have taken music from county to county long before there was radio or telephones. Can you imagine two Irishmen sitting down at a crossroads in 1932 writing out sheet music to each other, swapping pieces of music? That’s an amazing scene when you think of it: a fiddler and a piper just swapping tunes.” 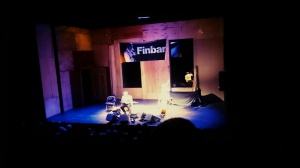 His whole family was musical. “My mother played the five-string banjo, a thing called ‘breakdown’, which is done with two fingers.” He mimes the picking and sings softly: “I come fromAlabama with a banjo on my knee, and I’m going to Louisiana, oh my true love for to see.”

As we talk he frequently sings a few lines of music for illustrative purposes. He says that singing a song should be like “when an actor goes on stage in theatre. You’re living the character. You can’t just look around and think, that’s a nice wave I got there from Seamus. You have to live the part until you finish the song.”

He and his brothers and parents would play in O’Donoghue’s pub in Dublin alongside the likes of Ronnie Drew. He and his brother Eddie began playing as a duo in the UK and they were asked to join the Clancy Brothers when Tommy Makem left the band. “It was fantastic,” he says. “The first gig we did with them was in 1968 in Carnegie Hall.”

Touring with the Clancys, he met famous people such as Liza Minnelli and Edward Kennedy, and he appeared on Johnny Carson’s show.

He and Eddie partied, but not too hard. “What saved our lives was that we never went near the top shelf. We never touched spirits. We’d have a couple of beers . . . We were kids. We enjoyed Coca-Cola and pizzas and things kids love.”

But ultimately, playing with the Clancys left him unfulfilled. “There’s only so many times I wanted to sing I’ll Tell Me Ma When I Get Home,” he says. And he missed playing the pipes. “After the concerts would finish, I’d run off to a club somewhere in Chicago and find somebody who was playing a bit of Irish music and start a few tunes.”

After leaving the band he went to Edinburgh where his wife, Sheila (“The most perfect woman I’ve ever met”), was about to have a baby. They rented a railway cottage. “I didn’t do anything for a year,” he says. “I tarred a roof in Scotland. Walked seven miles to work every morning and back.”

He and Eddie were friends with folkies such as Eric Bogle and the Incredible String Band. And they were particularly close to Billy Connolly and Gerry Rafferty, then a duo. Rafferty gave them his song, Her Father Didn’t Like Me Anyway. Their version became John Peel’s song of the year and their careers took off. “We were very experienced with an audience and we knew exactly what we wanted to play. We’d already been to the top and back.”

His brothers George and Paul were following in their footsteps with their friend Davey Arthur in a band called The Buskers. Finbar decided they should all join together – partly, he says, so he could “keep an eye on them”.

They never chased success, he says, but the Furey Brothers and Davey Arthur were nonetheless hugely successful. They appeared on Top of the Pops playing The Green Fields of France, on the bill with Kool and the Gang. They thought it was all hilarious. They had to re-record the backing track because of some obscure union rules.

“We had to join the British Musicians’ Union and then we had to get an orchestra and re-record the song. But I switched the tape and they played the Irish one anyway. They didn’t know. I threw the English one in the Thames.”

He loved working with his brothers. “There was no bosses in the band. We all had a say and we always made room . . . My brother Paul was asked one time what he liked about being an entertainer or musician on the road. He said ‘room service’.”

But he felt the band were repeating themselves, that they weren’t going anywhere. For the second time in his career he got itchy feet and walked away from a successful band. “The boys were happy but I had other things I wanted to do. I had all these songs and ideas of music I wanted to play. I just knew there was something different out there I wanted to play.”

Leaving broke his heart, he says. He couldn’t let go. “I’d watch them from a distance and make sure they were all right.” He would ring venues to make sure they were doing okay. It got worse, he says, after his brother Paul died of cancer in 2002. “I kept blaming myself, thinking that if I’d been there he mightn’t have died. But I know now I couldn’t have helped him anyway.”

The grief coincided with an injury to his shoulder that looked like it might end his career playing the pipes. “I went through a bad time,” he says. “I knew I’d never be able to play the pipes as well again, I’d always be struggling with them. I can only play them for about 20 minutes and then my shoulder starts really aching me again.”

He was also creatively blocked. “My brain was in a knot. Just the guilt of leaving the band and all sorts of things and not spending enough time with Paul before he died. And everybody was disappearing: all our uncles and aunts and people we used to look up to.”

In 2008 he had an operation on his shoulder. Then in 2009 he went on a holiday before going on a short tour in America. “And I went apeshit playing great music again,” he says. “I went around places I’d wandered years ago with the Clancy Brothers. When I came home I decided to get busy and I started writing. I started to think about the future instead of thinking about the past.”

The creativity is back, he says, a serious heart attack notwithstanding. He is writing, recording and touring. He and Sheila live in a house that is littered with banjos and guitars and that he makes sound like a drop-in centre for his musically gifted children and their friends (his son Martin is a member of The High Kings). In 2013 he appeared in the TV show The Hit, for which he recorded an actual hit, a number one, with Gerry Fleming’s song The Last Great Love Song. Aren’t reality television talent shows very different from the musical tradition he comes from?

“How would I describe it?” he says. “Take all the great musicians like Joe Heaney andJohnny Doran and the Dubliners and the Clancy Brothers. Now imagine there’s a well and all the heritage goes into the well and every day this well gets bigger and bigger and bigger and all you have to do is take a cup and dip in anywhere you like. The Hit is no different. It’s part of that Irish heritage now and it was a wonderful song.”

After years when the music wasn’t coming, he’s on a roll. “I never want to get into a rut again,” he says. “I have to write about what’s happening now, tomorrow. I have a young man’s life. I never ever stop searching. If I had no hands and still had a brain and I could talk I would still speak about music or hum into a microphone.”

Then it’s time to go and he shakes my hand firmly and warmly. “There’s too much doom and gloom,” he says. “We need more singing.” 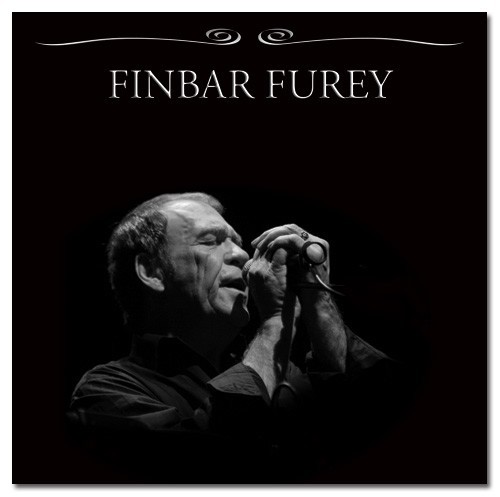