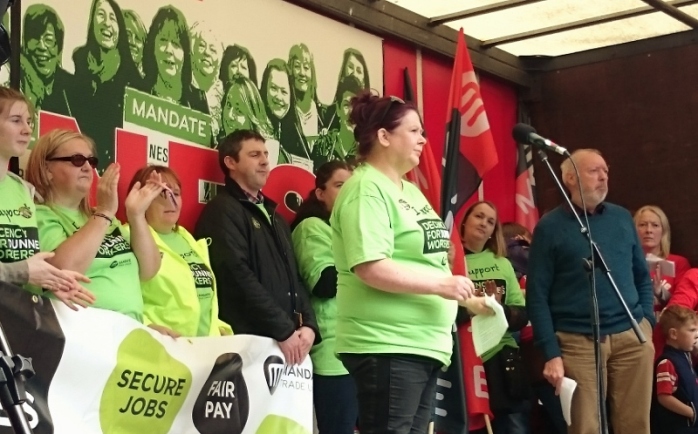 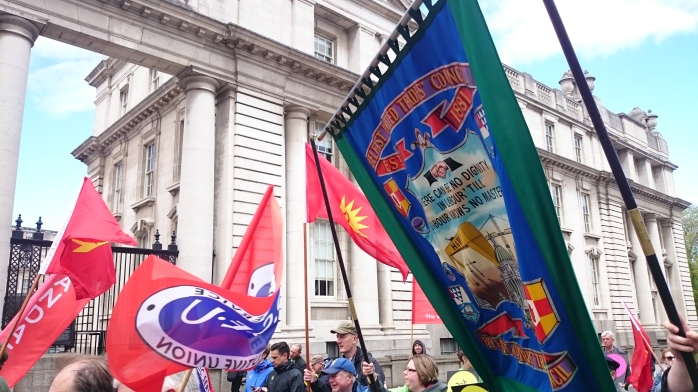 A passionate speech by Dunnes Stores worker Muireann Dalton at the rally yesterday in Dublin. Workers at Dunnes belonging to the union Mandate promised to continue their campaign for better conditions of employment and called on the government to introduce planned new legislation on collective bargaining rights without delay. Around 3,000 people took part in a march from Merrion Square backed by the Irish Congress of Trades Unions, followed by a rally outside the head office of the retailer at Aungier Street in Dublin city centre yesterday in support of the workers’ campaign. 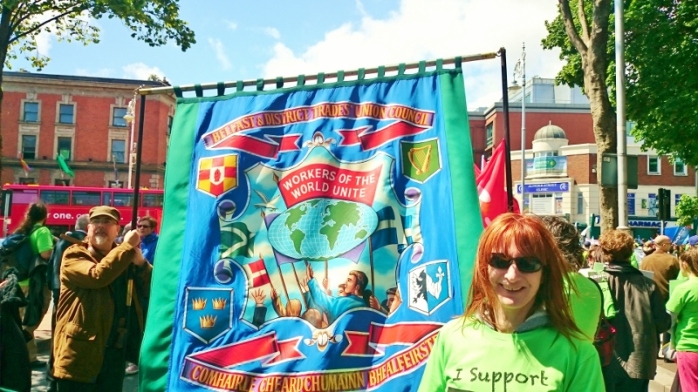 Staff belonging to Mandate from more than 100 Dunnes Stores outlets around the Republic staged a one-day strike in April as part of campaign which seeks secure hours and incomes, job security, fair pay and the right to union representation. Dunnes Stores has said it does not engage with trade unions. In February it accused Mandate of engineering a row on issues that did not exist to pursue an agenda of securing union representation rights. 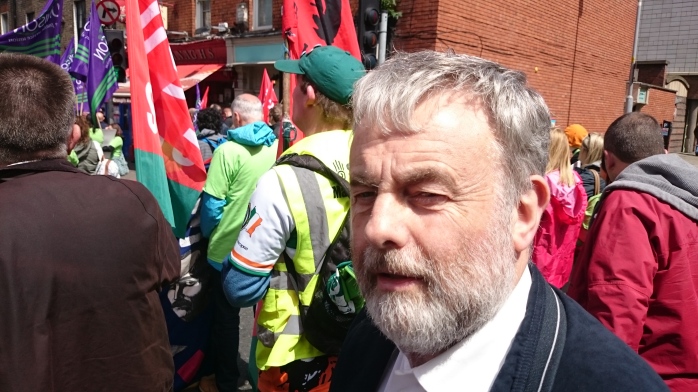 Last month Dunnes Stores granted staff a 3 per cent pay rise. The company has also said that staff have received two other salary increases in recent years. Mandate said at the time that the retailer would also need to put in place secure, banded hour contracts for staff if the pay rise move was to be “meaningful”. 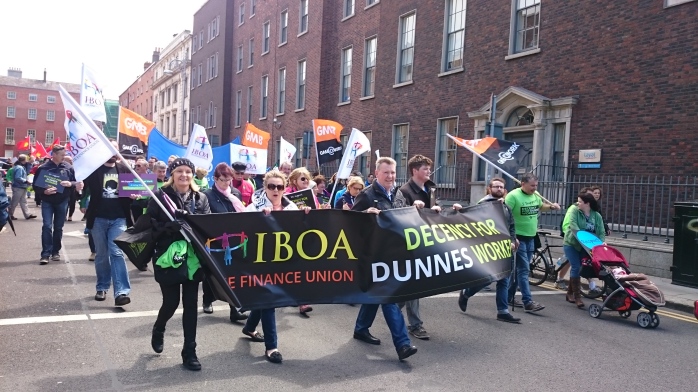 Addressing the rally, Dunnes Stores worker Muireann Dalton said staff had been “punished” for taking part in the recent strike. She said people who had held posts for 20 or 30 years suddenly had been moved to other areas. She said workers had faced a backlash after the work stoppage and had to hold a march to show Dunnes Stores management that they were not backing down. Ms Dalton urged politicians to pass the planned collective bargaining legislation. 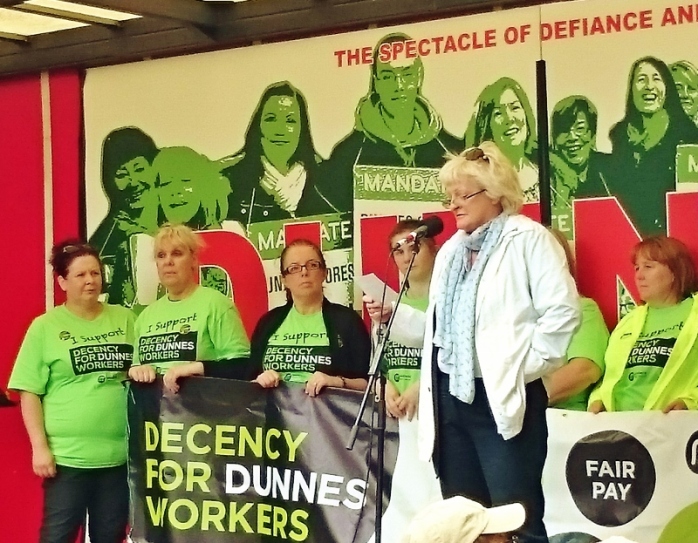 ICTU general secretary Patricia King strongly criticised directors of Dunnes Stores and argued that by any moral measurement, they had descended to a shameful low. “No human being deserves to be treated in the maner in which you instruct on a regular basis.” She said Dunnes Stores used its power to own and control the lives of its workers. “If those workers do not comply with those demands, they threaten disciplinary action or re-assignment and they deny those workers trade union representation”. 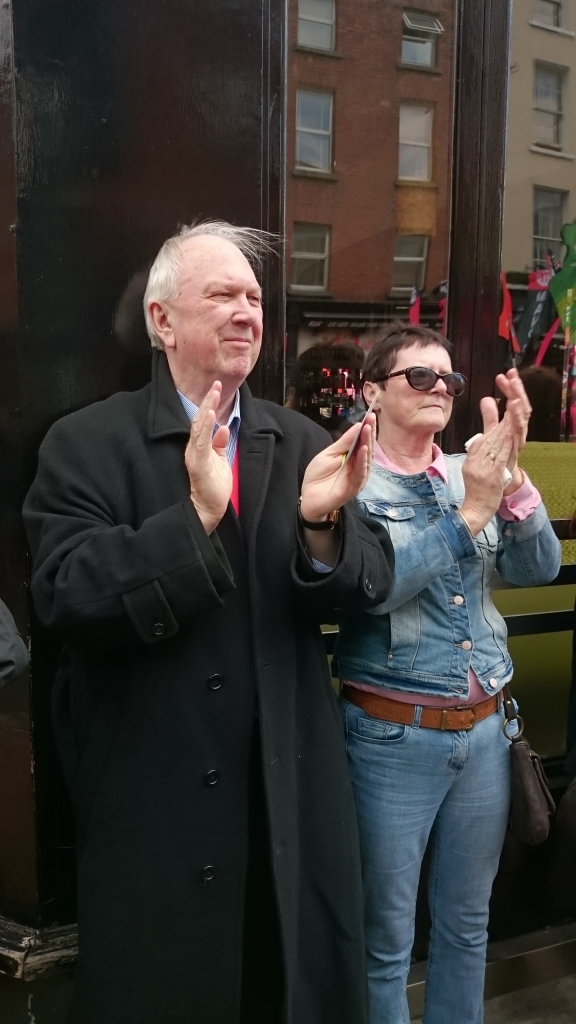 UNITE Regional Secretary Jimmy Kelly applauds one of the speakers at the rally Photo: © Michael Fisher

She said they needed to make sure that every TD goes into Leinster House and ensures that the government publishes a bill on collective bargaining and registered employment agreements and that the legislation is enacted and not obstructed. 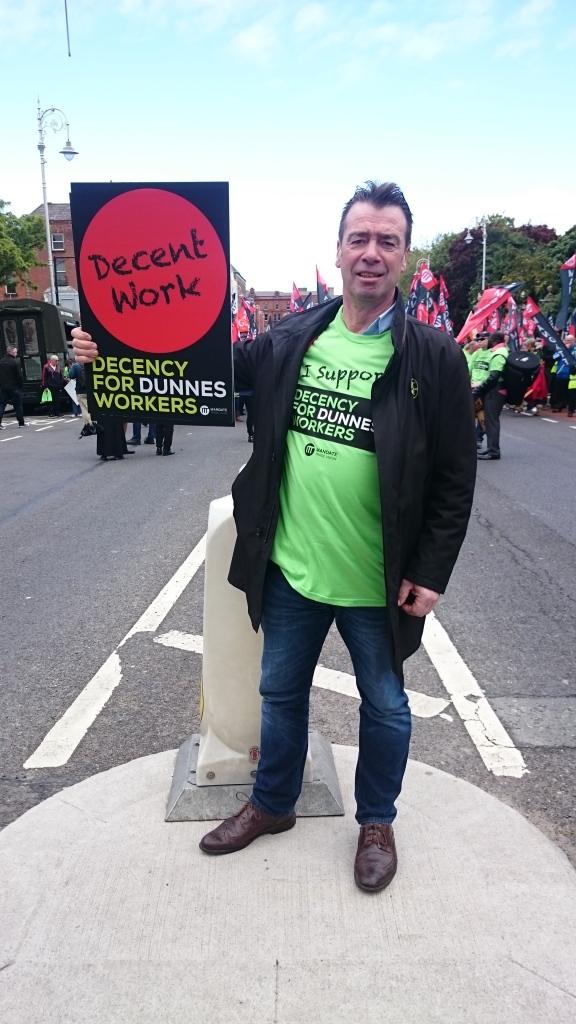 Mandate said that thousands of workers in Dunnes Stores did not know what hours they would have on a week-to-week basis and consequently their income could fluctuate from approximately €144 per week to €400 per week. Mandate say workers need certainty of earnings. 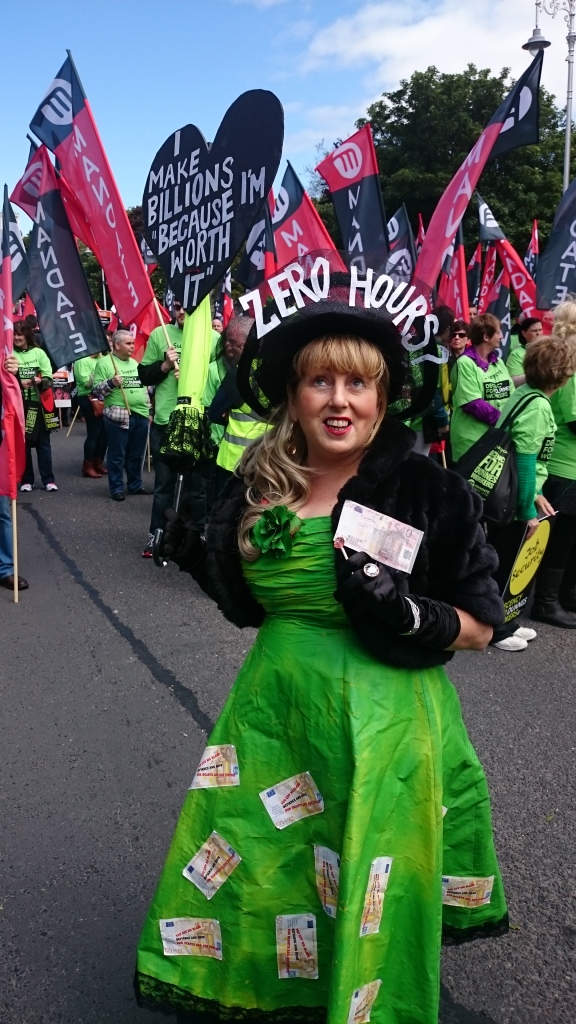 Gerry Light, Mandate assistant general secretary said: “It is totally unacceptable that a local manager in Dunnes Stores can pick and choose which individual members of staff will be able to provide for their families at the end of a week. There are many Dunnes workers who have been with the company for up to 10 years doing 35 hours per week, only to have their hours slashed overnight and the company then hires new staff on lower wages. This is a complete abuse of power and it must be stopped.” 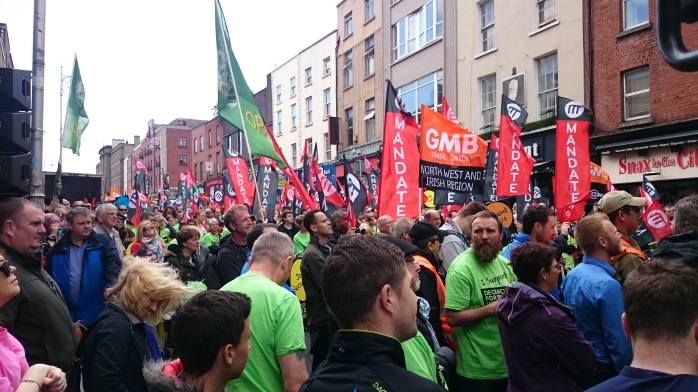 Mr Light (as reported in The Irish Times) said that Dunnes Stores generated up to €350 million in profit annually and the owners had accumulated an estimated €1.78 billion in wealth. “This is not about the inability of Dunnes to treat their workers fairly, it’s about their unwillingness to do so. Today, Dunnes workers, members of the wider trade union movement and the public will send a strong message to Dunnes Stores and all other unscrupulous employers. We want decent work and a living wage for all.” 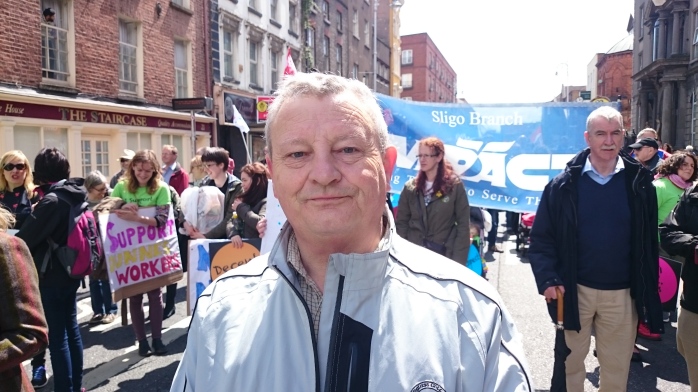 Dunnes Stores has not commented publicly on its dispute with Mandate. The retailer employs almost 10,000 workers in 114 stores in the Republic. 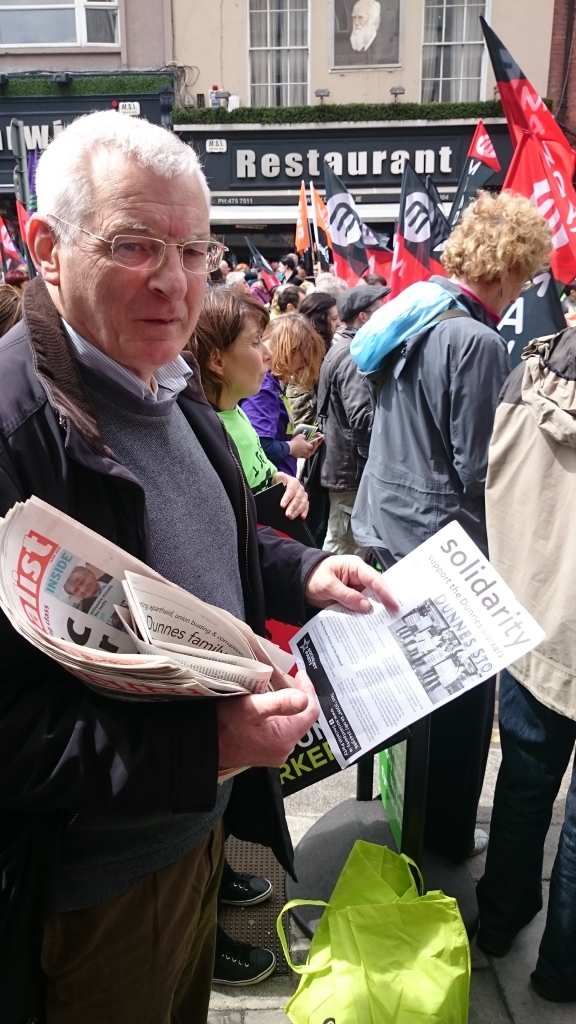 The Socialist Party TD Joe Higgins was one of a number of public representatives at the march. According to the party, new legislation that could enforce agreements on Dunnes could be an assistance, but won’t resolve the problems. A party statement said anything imposed was likely to be minimal, because of what it claimed was the anti-worker bias in state institutions and would be resisted by Dunnes. It claimed the company would respond by making the workplace like a dictatorship. “They need to be pushed back”, the statement added. 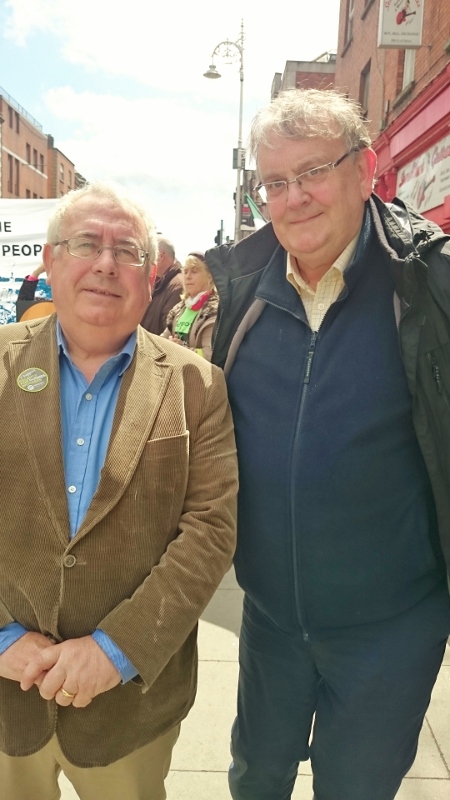