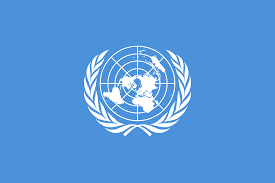 The United Nations Security Council is expected to meet next Tuesday to consider the burning question of the Congo. The main question before it will be the question of giving a new mandate to the U.N. political and military missions there.

African delegations who are pushing the request for the Security Council meeting are becoming increasingly anxious about the deteriorating position in the Congo and the growing complication of the political and military situation. Under the existing mandate the U.N. recognises the unity of the Congo, instructs its forces to secure the removal of the foreign mercenaries there and authorises the use of force, if necessary.

The attack by the Central Government forces on Katanga has radically changed the situation. These troops, under Gen. Mobututu, the Leopoldville Commander, and Gen. Lundula, the commander of Gizenga’s Stanleyville force, are trying to end Katanga’s secession and bring the province under the Central Government.

But what is not clear at present is the part that the U.N. forces should play in this internal struggle. Should they assist the Central Government forces in ending Katanga’s secession? Or should they intervene between the two opposing forces in order to prevent bloodshed.

Many African delegations in the U.N. are in favour of using force to assist the Central Government efforts, but other delegations fear that this would be setting a dangerous precedent.

So far U.N. forces have not intervened in the Kasai fighting between the Central Government and Katangese troops. U.N. activity in the area has been limited to air patrol of the border area where the fighting took place.

Reports now reaching London now suggest, however, that U.N. planes were not in the air on the day of the clash between the two forces near Kanaima because fuel supplies had been stopped due to the arrest of two key oil company personnel. This gave the Katangans air superiority and their bombing and strafing completely disorganised the Mobutu troops.

During his recent visits to London and Dublin, Gen. McKeown was doubtful about the sufficiency of the present U.N. mandate to end the trouble in the Congo. His view is that as long as the foreign mercenaries give the Katangese forces the superiority over the Central Government troops, the situation in the Congo is likely to deteriorate.

Meanwhile, Belgium has refused to contribute any more money toward the U.N. Congo operation until the position there is clarified.

Announcing this decision which he said came into operation 14 days ago, M. Spaak, the Belgian Foreign Minister, said Belgium must not do anything to imply approval of U.N. actions in the Congo. He added that a number of Belgian Nationals had a right to compensation.