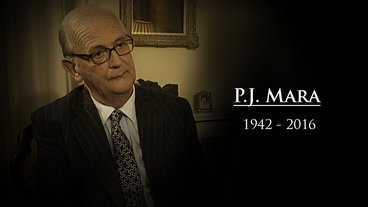 Sorry to hear of the death in Dublin of the former government press secretary PJ Mara. My deep sympathy is extended to his family and relatives. I had heard over the New Year that he had been in hospital for some time and was not well.

The long-serving Fianna Fáil political advisor died aged 73. He was known for his close political relationship with the late Charlie Haughey. He returned to serve as the party’s director of elections up till the 2000s.

A well-known figure in Irish politics for decades, he also served briefly in the Seanad on two occasions between 1981 and 1982. Mr Mara was press secretary to Fianna Fáil in opposition from 1982 to 1987 and fulfilled the same role in government from 1987-1992. 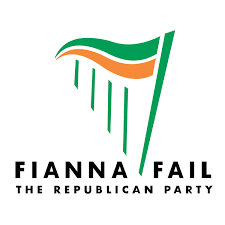 In a statement the Fianna Fáil leader Micheál Martin said it was with great sadness that he learned this morning of the passing of PJ Mara. He went on: “on behalf of the Fianna Fáil party I wish to extend our condolences to his family. In a series of general elections as well as the referendum on the Good Friday Agreement PJ proved himself to be the most effective campaign director in Irish political history.  He brought immense humour, judgement and commitment to the role.”

“As Government Press Secretary for five years he brought a new energy and professionalism to the role which was recognised throughout Europe during the 1990 Presidency of the European Council. Whether it was international statesmen or a local party stalwart PJ was always available to encourage and support. PJ was a true original who it was an honour and a pleasure to know and to work with. Ar dheis Dé go raibh a anam dílis.”

PJ Mara returned to steer successful election campaigns during Bertie Ahern’s term in charge from 1997 to 2008. His high-profile role as government advisor inspired sketches by Dermot Morgan on the radio comedy Scrap Saturday in the late 1980s and early 1990s. He was also portrayed (by Tom Vaughan Lawlor) in the RTÉ drama last year on Charlie Haughey.

A native of Drumcondra in Dublin, the Fianna Fáil stalwart had been living in Ballsbridge in recent years. His son John is involved in the property business and the loss will be felt in Kinvara, County Galway where he will be laid to rest on Sunday afternoon, following Mass at 4pm tomorrow (Saturday 16th January) at St Mary’s, Haddington Road, Dublin. 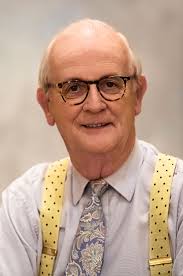 As part of his private business career, he served as non-executive director of the mobile phone and communications company Digicel and director of subsidiary Digicel PNG. Indeed the last time I met him was at Dublin airport a number of years ago when he was flying away somewhere on company business.

He was also media relations adviser to Guinness Peat Aviation, the aircraft-leasing company. Mr Mara was a board member of UNICEF Ireland and of the NUI Galway Foundation, and served on the board of the Special Olympics World Games, which was held in Ireland in 2003.

In a statement, Special Olympics Ireland said PJ Mara used his “considerable experience and insight of media relations” to allow Ireland’s hosting of the summer games in 2003 to be the success that it was.