Continuing the stories of servicemen buried in Wimbledon. Flight Lieutenant Douglas Buckie service no. 134731 is buried in the Netherlands. The RAF Volunteer Reserve Pilot from no.2 squadron died in an operation over Arnhem in December 1944 a few months after the Battle.

According to the Royal Canadian Air Force RCAF Aylmer website, he went to the No. 14 Service Flying Training School at Aylmer, Ontario. It was one of many built across Canada under the British Commonwealth Air Training Plan during World War II.

Buckie was awarded a ‘mentioned in dispatches’ in November 1942.  I am grateful to the RCAF Aylmer source for pointing out that this information was part of their research, and not part of a Dutch WWII website where I originally accessed the information and the CWGC picture below. Further information can be found at: http://rcafaylmer.blogspot.com/ 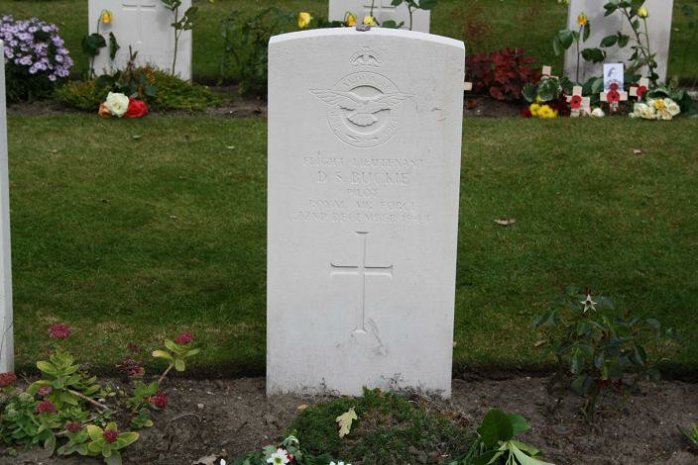 At Gap Road cemetery in Wimbledon, London his grandmother paid for a memorial to be erected to commemorate him, so he must have had a connection with the area. 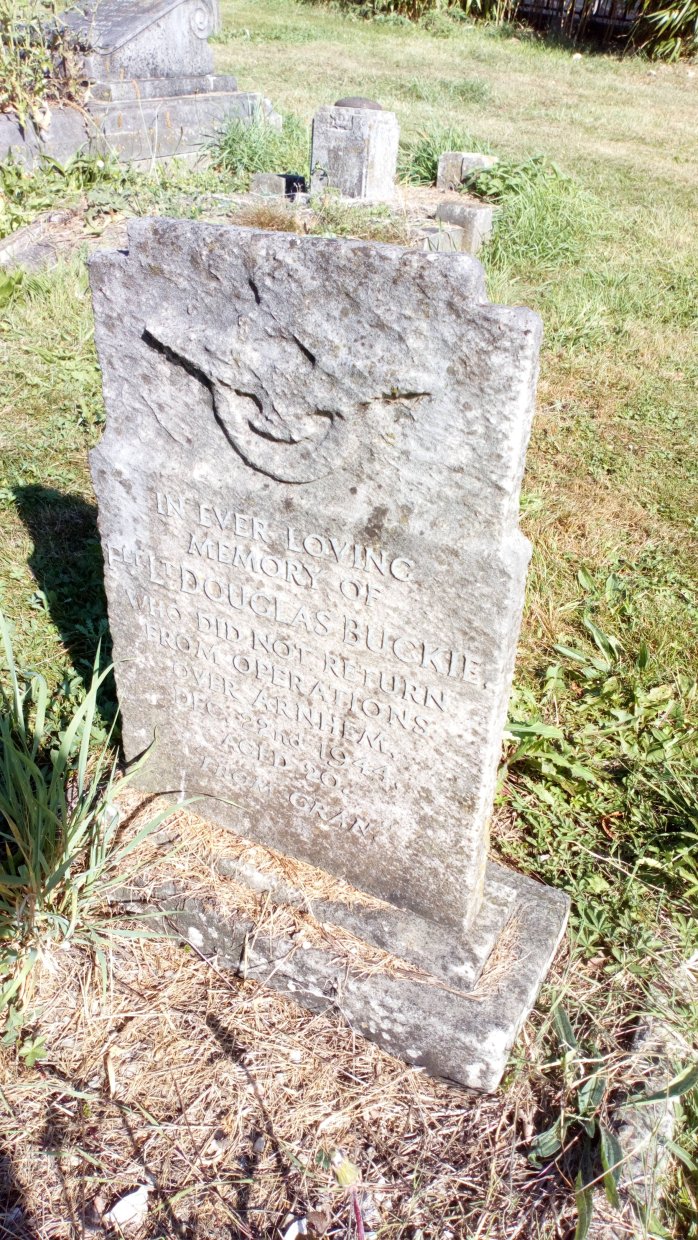