Voters go to the polls (Thursday) for the Westminster general election in eighteen constituencies in Northern Ireland and throughout Britain. Many are predicting a hung Parliament, with David Cameron or Ed Miliband almost certain to need the support of other parties to form the next government. So the outcome in the North, as well as in Scotland, will be particularly important. Sinn Féin says it will continue its abstentionist policy, so if a unionist gained a seat currently held by a republican, that one MP could provide a vital vote for any new government.

One place that scenario is possible is Fermanagh/South Tyrone, where Sinn Féin’s Michelle Gildernew took the seat in 2010 by just four votes over her main rival, making it the most marginal seat in the House of Commons. This time around the incumbent will be facing a single unionist opponent, former Ulster Unionist leader and ex-UDR member Tom Elliott, as a result of a pact between the UUP and DUP. 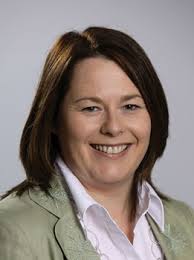 Driving through the constituency last week from Teemore to Aughnacloy, it seemed the campaign team for Michelle Gildernew was well organised, with her posters strategically placed along main roads. Carrickmacross-based MEP Matt Carthy of Sinn Féin was among the Monaghan representatives who spent a while canvassing for his party colleague.

Tom Elliott has received the support of the Orange Order, of which he is a prominent member, and (despite previous differences of opinion) the DUP, including some of its Councillors. He remains hopeful of winning, but the bookies indicate otherwise.

Since 1950, Fermanagh/ South Tyrone has seen a precarious balance between unionists and nationalists, and has repeatedly had the highest turn-out of any constituency in the North. It was initially won in 1950 and 1951 by the Nationalist Party. Although a Sinn Féin candidate was successful in 1955, he was unseated on petition, on the basis that a criminal conviction for IRA activity made him ineligible. The seat was awarded to the unionist candidate.

At the start of the troubles and the campaign for civil rights, Frank McManus, standing on a (nationalist) Unity ticket, won in 1970. The arrival of the SDLP in February 1974 divided the nationalist vote and saw the UUP’s Harry West returned to Westminster, with the support of other unionists.

In October 1974 a nationalist pact saw Lisnaskea publican Frank Maguire returned as an Independent. He retained the seat five years later. When he died in early 1981, it was the time of the H-Block hunger strike. In the by-election, IRA hunger striker Bobby Sands stood as an anti-H-Block candidate and was elected. His death in prison followed 26 days later. In the second by-election his agent Owen Carron stood as a “proxy political prisoner” and was elected in his place. Republicans suffered a reversal in the 1983 general election, when the SDLP contested the seat. Former UDR officer Ken Maginnis won and held the seat for the UUP for the next eighteen years until he retired.

The 2001 general election saw Michelle Gildernew become MP for the first time, with a narrow win over the UUP’s James Cooper, in a situation where the unionist vote was split. The Brantry native and former Stormont Minister for Agriculture went on to hold the seat in two more Westminster contests.

So what about the other seventeen constituencies in the North? According to an opinion panel poll last month by the LucidTalk market research company, (Managing Director: Bill White), it is extremely unlikely there will be any change in ten of them. These are:
North Antrim (DUP), East Antrim (DUP), East Derry (DUP), Lagan Valley (DUP), Strangford (DUP), Newry and Armagh (SF), West Belfast (SF), Mid Ulster (SF), West Tyrone (SF), and North Down (Independent). Of the other seven, predictions are that two of the three seats already held by the SDLP, in Foyle (where Mark Durkan succeeded John Hume) and South Down (Margaret Ritchie), will be retained.

The poll  also indicates a win in North Belfast for the incumbent, Nigel Dodds of the DUP, the second of four constituencies where a unionist pact was agreed. Gerry Kelly of Sinn Féin was criticised for his leaflets showing a sectarian headcount of the electorate. He has also used social media such as youtube to spread his message, acting out a bizarre sequence featuring a Star Wars character.

No such strange visions in South Antrim, which has apparently seen the level of DUP support drifting downwards for the past couple of months whilst increasing for Danny Kinahan of the Ulster Unionists. But the LucidTalk poll shows the DUP’s William McCrea is still at a favourite level of 75% to hold his seat. That leaves three areas where attention will be most focused later tonight (Thursday) as the ballot boxes are opened.
East Belfast
For some time now the DUP has been campaigning to take back East Belfast from Naomi Long of the Alliance Party, their first ever Westminster seat when she upset the odds in 2010 and defeated the DUP leader Peter Robinson. Now it’s another Robinson, Gavin (no relation), who has been given a clear run by unionists as the UUP has agreed not to stand. This will be a fascinating contest, as will the one in neighbouring South Belfast.
South Belfast
This area shows a major change in the LucidTalk April poll, with the SDLP jumping from a 65% score to 75% (i.e. a good favourite, but still not a certainty). The constituency ranges from the wealthy and now increasingly Catholic Malone Road to the loyalist Village area and Sandy Row. Boundary changes mean it includes parts of Castlereagh and Carryduff on the outskirts of the city. The Sinn Féin candidate, businessman and former Belfast Lord Mayor Máirtín Ó Muilleoir, is mounting a strong challenge for the nationalist vote. But South Belfast is one of the last seats where the SDLP is still ahead of Sinn Féin and this should favour the incumbent. It’s possible that Dr McDonnell would retain the seat with one of the lowest percentages of the vote in the whole of the UK, under 30%. Interestingly the LucidTalk poll shows UKIP (represented by another former Lord Mayor, ex-Ulster Unionist Bob Stoker) scoring well in this constituency, particularly in middle class areas and with the over 65′s in the panel.
Upper Bann
Finally, watch out for Upper Bann (taking in Lurgan, Portadown and Craigavon). In the opinion poll, it has dropped from an 80% score for the DUP to 65%. This seems mostly to be owing to the strong challenge that the UUP’s Joanne Dobson has mounted against the sitting MP, David Simpson of the DUP. However, what should worry the unionists is that the pollster’s models now show there is not just one alternative to the DUP, but two i.e. Sinn Féin and the UUP. It’s speculated that the Sinn Féin’s Catherine Seeley could come through the middle, if the DUP and UUP split the unionist vote evenly. The UUP say David Simpson’s line that the DUP are the only party that can stop Sinn Féin is scaremongering. At the last Westminster (2010) and Assembly (2011) elections the total unionist vote came in at around 55-60%, with the nationalist/republican vote on approximately 40%, and Alliance added to others on 5%. The DUP scored 34% in 2010, with the UUP (called UNCNF then) on 26%. So if say the DUP drop only 4 % points, and the UUP gain 4 % points, and Sinn Féin get about 3/4 of the possible nationalist/republican vote (which is 30% i.e. 3/4 of 40%) then Sinn Féin could narrowly snatch this seat from the Unionists in a very tight finish between the three parties.

Remember that a British general election is not counted through proportional representation, but is a first-past-the-post contest, and gaining one more vote than your opponents is enough to see a candidate through.
OPINION POLL:
The LucidTalk (NI) Opinion Panel has 440 participants and is carefully constructed to provide an accurate representation of Northern Ireland opinion – via gender, area of residence, age-group, community background, socio-economic group, and employment group. The opinion panel has a pool of approximately 1,200 members who regularly take part in poll projects, and for this project a representative sample of 440 opinions was collated.
Opinion Panel members were asked:
(a) Likelihood of voting in May 2015, and
(b) What party they currently plan to vote for, and
(c) Their current opinion regarding who would win in each of the ‘non-100%’ certainty seats (see results table).
Results are presented as a % likelihood of the named political parties winning in each of the 18 Westminster Parliamentary seats. Our forecasts do not predict vote share, size of vote, and/or size of majority etc., as to do this would require a much higher sample and more comprehensive poll. In this context, it should be noted that if the % scores go up or down for the main prediction, then it’s the alternative party or parties (right-hand column in the table) that is retreating or advancing by that same score. The full results are detailed in the attached table along with any changes from the March Opinion Panel poll, which enables us to see the trends, and any changes in opinion.