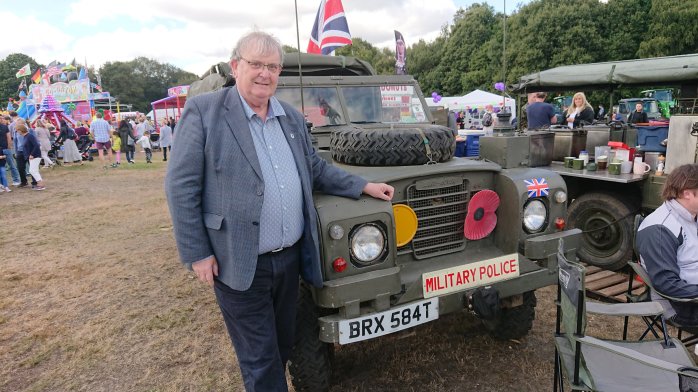 A recent stay in Wimbledon and visit to Wimbledon Common along with a visit to Gap Road cemetery made me think about what the area was like during the Second World War. One description emerges from the contents of a BBC website.

WW2 People’s War is an online archive of wartime memories contributed by members of the public and gathered by the BBC. The archive can be found at bbc.co.uk/ww2peopleswar’

The Canadian soldier in uniform paused from pushing his bike as we left Ann’s Pantry with our meagre ration of boiled sweets. “I’m on holiday. Do you know where I can stay?” he asked, cheerfully enough.

It was a sunny day in September 1940 and we were in West Place the row of old-world cottages on Wimbledon Common. Besides the sweet shop, the boss of the Roman Well Laundry lived there, and there was the yard of Hill’s, the builders, where I sometimes used to play. I accepted the soldier’s gum, “You could live in the bush house we’ve built on the Common” I answered.
He agreed without hesitation and for several mornings I would walk from my home at 4 Northview with a bowl of porridge and some apples. In return the soldier would show our gang how to make a sling tough enough to bring down wildlife for food, like he said he did in open country in Canada. He’d make whistles from a fresh sapling branch by first slipping off the bark, cutting the nicks and then sliding the bark back in place. And he’d tell us wondrous stories.

It was an idyllic time for an eight-year old boy. As yet there were no bombs. But it couldn’t last, though not because of Hitler. One morning as I carried out breakfast a policeman with two Canadian soldiers, who turned out to be armed Military Police men, asked me the question I can hear to this day. “Certainly, I’ve seen a soldier. We are looking after him in our bush house.”

They took him away and as he left escorted by the three in uniform, he gave me a glance. Only later, overhearing my parents whisper the word Deserter, did I realise what I had done. And I remember crying.

Not long afterwards my parents decided we should be evacuated and my mother hired an open lorry driven by a man named Slim. We children sat on a settee among beds and clothes. Thankfully it did not rain and the German bombers steered clear too!

We returned before the war ended, in time to shelter from incendiary bombs on the Common. The ack-ack gun by the windmill brought down a Heinkel which burned to pieces on the Royal Wimbledon Golf Course and our front window was blown in.

When the war ended our Northview gang built the biggest-ever bonfire. I still live half a mile from the actual place of this tale, and I might even find the actual bush!