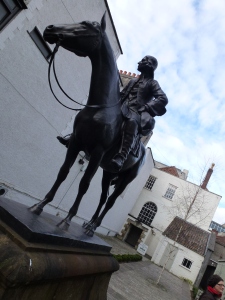 During a visit to Bristol, I went to visit an important place for the Methdist Church in Britain and Ireland. John Wesley established a new chapel in the city centre in 1739, when it became the first Methodist building in the world. It was called the “New Room” in the Horsefair. I referred to it in a previous blog. 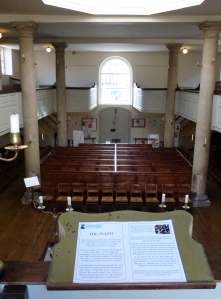 The two-decker pulpit followed the custom of those days. The upper part was used for the sermon and the lower part for the rest of the service. The present upper part is a replica. The communion table is that which was used by Wesley. The people sat on plain benches. Wesley gave the clock. The Snetzler Chamber Organ of 1761 on the right hand side of the gallery, as you face the pulpit, was brought here in the present century. Wesley presided at eighteen Conferences here.

Upstairs is the Common Room, with quarters for the Methodist preachers who came to Bristol. The bedrooms contain displays about the history of the Church and the spreading of Methodist teachings to the USA and elsewhere.

On one of the walls, I found a portrait of another significant figure in Methodism, Adam Clarke. A note beside it said he was born in Ireland and on checking a reference book, I discovered he was from County Londonderry. 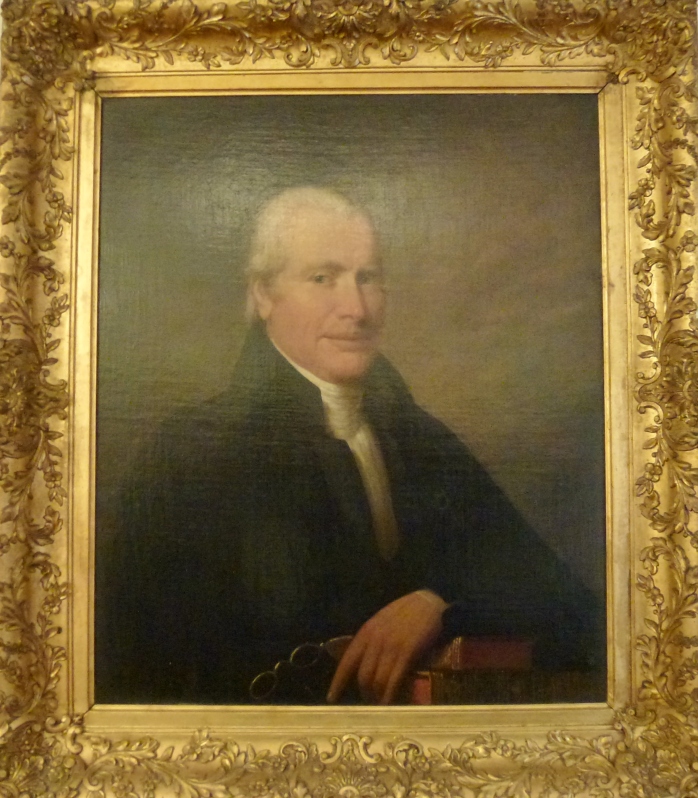 Clarke was born in Moybeg Kirley, a townland on the edge of Tobermore off the road towards Draperstown, in the parish of Kilcronaghan, gateway to the Sperrin Mountains. His father was a schoolmaster and farmer. John Wesley invited him to become a pupil at a seminary he established at Kingswood in Bristol. He went on to become an eminent scholar and theologian. He is best known for his commentary on the Bible: “The Holy Bible: containing the Old and New Testaments, according to the authorized translation; with all the parallel text and marginal readings. To which are added, notes and practical observations, designed as a help to a
correct understanding of the sacred writings” (1810-1837).

Thanks to a former Belfast TV news colleague David Blevins for pointing out that there is a memorial to Adam Clarke in Portrush, Co.Antrim. A biography, The Life of the Rev. Andrew Clarke (JW Etheridge, 1859) says in a footnote p.399 that:-

“The Adam Clarke Memorial, (under the patronage of the Right Hon. the earl of Antrim, and John Crombie, Esq., J.P., D.L.,) is to consist of a “school, church, and minister’s house, at Port-Stewart, and an obelisk and statue at Port-Rush, near Coleraine.” The foundation stone of the obelisk was laid in September, 1857, with great public solemnities. The base is seven feet square and eight feet high, from which the monument will rise to a height of forty-two feet; which, taking the elevation of the site, will be equal to one hundred and twenty feet above the level of the sea. Close to the base will be the statue of Dr. Clarke, contributed by public offerings in America”.

The Francis Frith collection of photographs has an interesting picture of the obelisk beside the Methodist church at Portrush in 1897: Willie Duffin has more recent photographs (2009) of the information plaques on the side of the obelisk and also a circular plaque on the wall of the church. 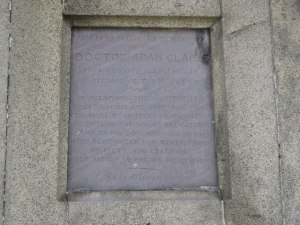