Arrival of Prince of Wales & Duchess of Cornwall in Caledon

The border village of Caledon in County Tyrone was looking its best as it welcomed a royal visitor, His Royal Highness the Prince of Wales who is on a two-day visit to Northern Ireland along with Her Royal Highness the Duchess of Cornwall.  It’s a while since any member of the British royal family came here, although the area is the seat of the 7th Earl of Caledon, Lord Lieutenant for County Armagh, which lies on the other side of the River Blackwater and where some of his 5000 acre estate is situated. It adjoins two other estates, Tynan Abbey (Armagh) and Castle Leslie across the border in Glaslough, County Monaghan. Sir Shane Leslie and his parents would have been in contact with their Caledon neighbours, as well as the Stronges. Sir John Leslie arrived to meet the royal visitors and remind them of his family’s connection with Winston Churchill.

Tynan Abbey was destroyed in an IRA gun and bomb attack on January 21st 1981. The elderly Sir Norman Stronge (86), a former Stormont Speaker, Ulster Unionist politician and former British Army officer, was shot dead along with his only son James, a former Grenadier Guards officer and Unionist MP who was also an RUC Reservist.

There are other reminders that this was one of the areas targeted by the IRA during the “troubles”. In the cemetery beside St John’s parish church, I came across the grave of an RUC Reservist Joshua Willis. The 35 year-old was killed when an IRA landmine containing at least 1000 lbs of explosives was detonated as his armoured patrol car passed along the Killylea Road outside Armagh. Two of his colleagues also died in the attack in July 1990. There was a fourth victim who was passing with a companion in another car, a Catholic nun, Sr Catherine Dunne of the St Louis sisters. She was based at Middletown. The IRA said the nun was the victim of ”unforeseen and fluke circumstances”. One of the nuns from Middletown was at a reception involving community groups who met the VIPs. 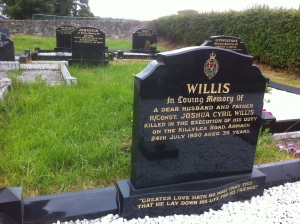 Not far away on the road towards Aughnacloy there is a memorial erected by local people in memory of the three policemen who were killed. It is close to the site of the former RUC/PSNI barracks, which has now been demolished. The site has now been sold for redevelopment. 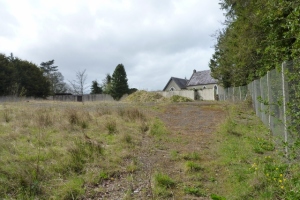 Prince Charles however was probably concentrating on other parts of this former mill village, where an extensive regeneration project has been carried out over the past few years, led by an enthusiastic committee. I wrote about the work of Caledon Regeneration project last April.

Caledon Regeneration Partnership was formed in 1994 to take forward a planned social, economic and environmental regeneration strategy for the County Armagh village. It is made up of representatives from the local community, local authority and Caledon Estates Company, which has an office in the main street.

One of the projects being undertaken is the restoration of a beam engine and engine house. Last year a total of £220,000 in funding was secured to finance the first phase.  It is hoped that the engine will eventually be restored to a fully operational state, and become a tourist attraction for the area. The unique piece of equipment dates back to the early 1830s and is one of the earliest surviving steam engines in Ireland. It was once used to power the Caledon Flour Mill and then Caledon Woollen Mills.

In 1984 the village was designated as a Conservation Area and six years later, this was reviewed and the boundary extended. DoE (NI) Planning Service produced a Conservation Area Guide to accompany the original designation, which included design guidance intended to help protect the historic fabric of the village. In November 2001 a unique restoration scheme was officially opened by then Social Development Minister Nigel Dodds of the DUP. 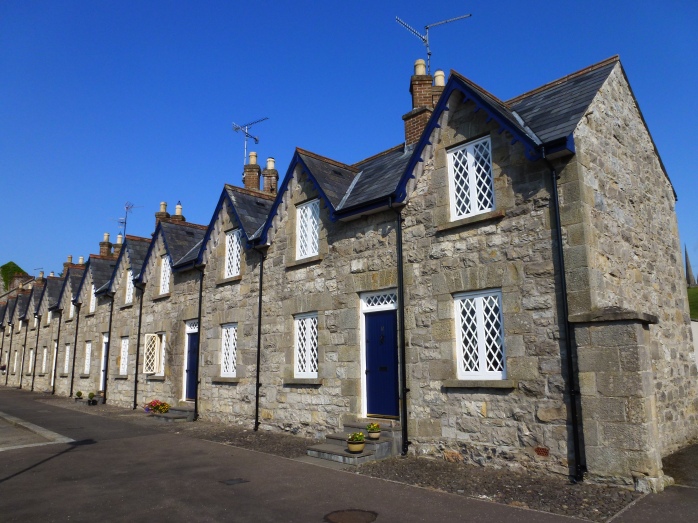 The £500,000 project involved the sympathetic restoration of a historic terrace of former mill houses and the implementation of an environmental improvement scheme in the Mill Street area of Caledon. Speaking at the opening ceremony, Mr Dodds said:-

“Caledon has a host of unique and beautiful buildings which represent an important part of our architectural heritage. The restoration work and the environmental improvements have made a very significant impact on the appearance and life of the village. The regeneration of towns and villages across Northern Ireland is an important priority for the Department for Social Development. The Mill Street project is an example of what can be achieved through partnerships between local communities, statutory agencies and funding bodies.” 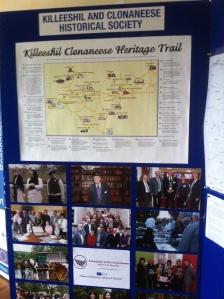 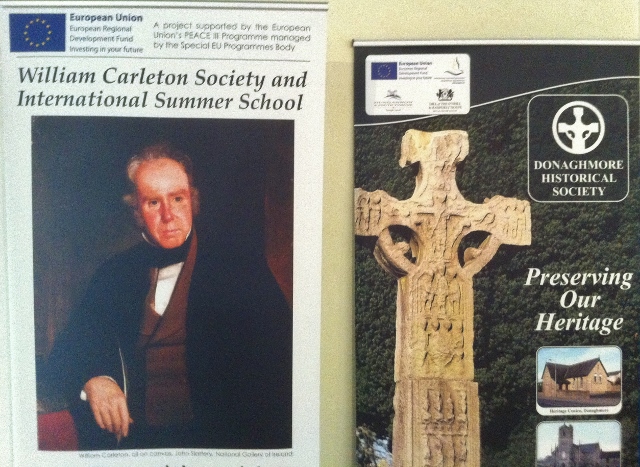 Caledon Regeneration is one of five groups taking part in the “Shared History, Shared Future” project under the Peace III programme run by Dungannon and South Tyrone Borough Council. They had a display at the Courthouse along with the William Carleton Society, Killeeshil and Clonaneese Historical Society, Donaghmore Historical Society and South Lough Neagh Historical Society, which is working on a project about the Ulster Canal. The historian Jack Johnston President of the William Carleton Society represented the group at the Caledon event along with Patron Sam Craig and Summer School Director Michael Fisher.

On the second day of engagements (in Northern Ireland), TRH The Prince of Wales & The Duchess of Cornwall this morning visited the historical village of Caledon.  They were accompanied by Lord Caledon and his wife, Lady Caledon.

TRHs visited Mill Street Cottage and they met with the owners of one of the refurbished cottages, Denver and Michelle Irvine.  This is one of the first projects to be completed by the regeneration scheme which had lain idle since the early 1970s.  The terraced two-story stone cottage, which was constructed around 1850 to house mill workers and their families, received Grade B1 listing in 1983 and are now the pride of this lovely village.

The Prince of Wales and the Duchess of Cornwall then moved to the Beam Engine and Engine House which dates from the early 1830s and once powered a flour mill and subsequently a woollen mill.  They are now all that remain of what was once a massive mill complex.  TRHs were then presented to members of the Caledon Regeneration Partnership by the founding member, William Beattie.  Following a short overview of the Beam Engine Conservation project, TRHs had the opportunity to view the Beam Engine.  This engine is one of only eight beam engines to survive in Ireland, a rare example of 19th century steam engine technology

Prior to departing the Beam House, William Beattie  invited HRH The Prince of Wales to unveil a plaque to officially open the complex.

TRHs then made the short journey to the centrepiece of the village – the Court House and Clock Tower.  On arrival at the Courthouse they had the opportunity to meet with children and teachers from St Joseph’s and Churchill Primary Schools, as well as representatives of the Blackwater Regional Partnership, South Tyrone Historical Group, local church leaders and members of the Women’s Institute.

Prior to farewells, TRH The Prince of Wales and The Duchess of Cornwall were presented with a Food Hamper by two local school children.