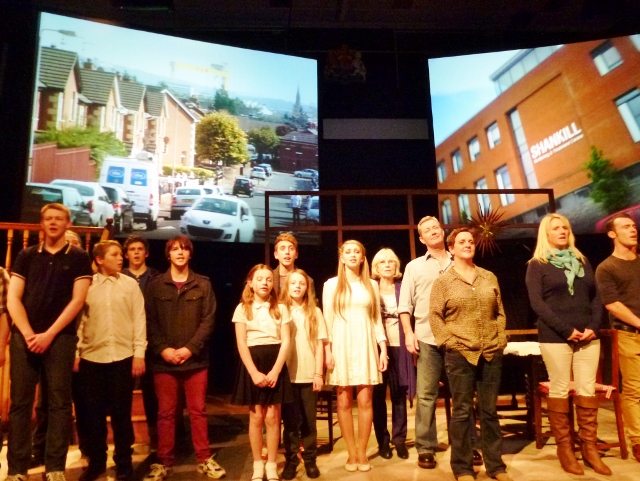 The Shankill is the people: that’s according to well-known community worker Jackie Redpath, Chief Executive of the Greater Shankill Partnership regeneration agency. His interview on video is among several shown as part of the play. 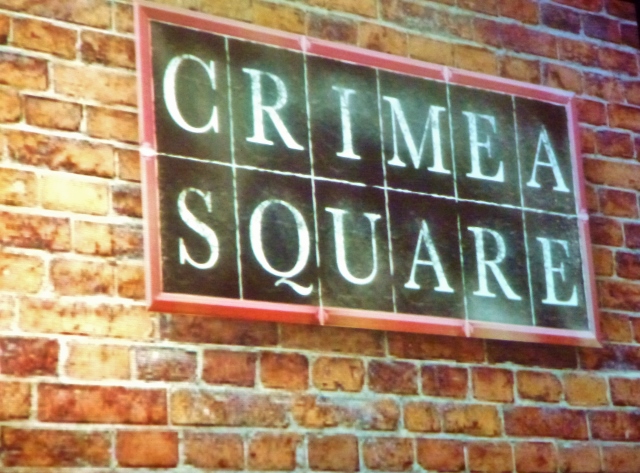 Crimea Square is the story of the Shankill over 100 years, from the signing of the Ulster Covenant up to the present day. It includes the IRA bomb at Frizzell’s fish shop on October 23rd 1993. The 20th anniversary will be next week so memories are still fresh and it was a good idea to portray this event using only audio clips from eye witnesses and in almost darkness. When the dialogue stopped, there was a pause for almost one minute during which there was complete silence.

On Wednesday 23rd the community will come together to commemorate the nine people who lost their lives in the blast. An IRA member was also killed when the device exploded prematurely. 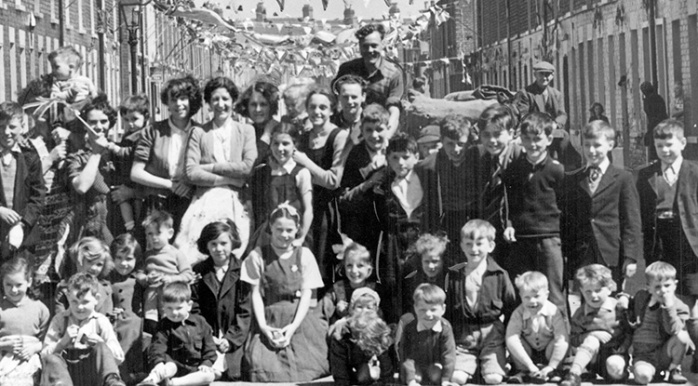 It’s festival time again in Belfast as the long-established Ulster Bank Belfast Festival at Queen’s gets underway. The large public art project WISH has been officially unveiled by the artist Jorge Rodríguez–Gerada at the 11 acre site beside the Titanic Centre. The new face for Belfast on the old face of the city can be viewed from the centre (viewing opportunities now closed) or from W5 at specific times during the festival and to book a free ticket, register here (W5).

This evening, the opening concert takes place at the Waterfront Hall with the internationally acclaimed tenor José Carreras and Irish soprano Celine Byrne from County Kildare. As a volunteer with the festival, I will be attending the preview night of Crimea Square, which presents the story of the Shankill Road from 1912 until the present day, using film, performance and sound.

Populated by some of the Shankill’s greatest characters, this production covers major events from the signing of the Ulster Covenant up to and beyond the Shankill Road bombing in October 1993.

Using a unique combination of especially commissioned sound scape and film, the era of the cinema will be brought back to the Spectrum Centre (old Stadium Cinema) through the use of large screens recalling the Shankill of old, using a mix of professional and community actors.