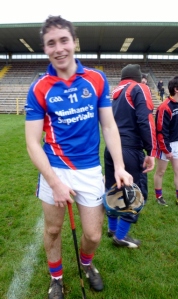 I wrote the other day about Monaghan hurling: it’s the Cinderella sport in a footballing county. So it was nice to be able to see a top class game of hurling in Clones. The All-Ireland club championship semi-final replay between St Thomas’ from the Kilchreest and Peterswell area of County Galway and the Loughgiel Shamrocks from the Glens of Antrim, one of the cradles of hurling. The long and wide dimensions of the pitch at St Tiarnach’s Park make it very suitable for hurling and watching the highlights now on TG4 it loohs really well on television. On the other side of the coin, I noticed that one of the All-Ireland club football semi-finals between sides from Kerry and Dublin was played at Semple Stadium in Thurles, a very important place for the GAA and a ground that is more associated with hurling! 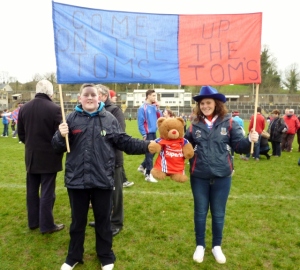 Conor Cooney was the top scorer for the Galwaymen, with a series of frees in the second half that helped to see off the challenge of the men from the Glens of Antrim. Loughgiel for whom Liam Watson put six frees between the posts were trailing by a single point at the break, 0-6 to 0-5. Two Watson frees in the second half were all the Shamrocks could manage. Eddie McCloskey scored their only point from play just before the break, to keep his side in the contest after the first thirty minutes.  But it could have been a very different result if a beautifully struck shot from Benny McCarry had found the net instead of glancing off the post in the first five minutes. 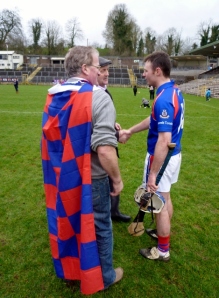 St Thomas’ must be fairly unique as it has three sets of brothers on the team, six of them from the Burke family. The club concentrates only on hurling and won their first Galway senior championship last year. Precedent was on their side as no Galway club had ever lost in a club semi-final replay. Likewise, no Antrim side had ever won a replay at this stage. So congratulations to the tribesmen, who go on to meet Kilcormac-Killoughey from County Offaly in the final at Croke Park on St Patrick’s Day as part of a double bill in which Ballymun Kickhams are up against Roscommon and Connacht champions St Brigid’s in the club football final. So no Ulster involvement in the finals this year. 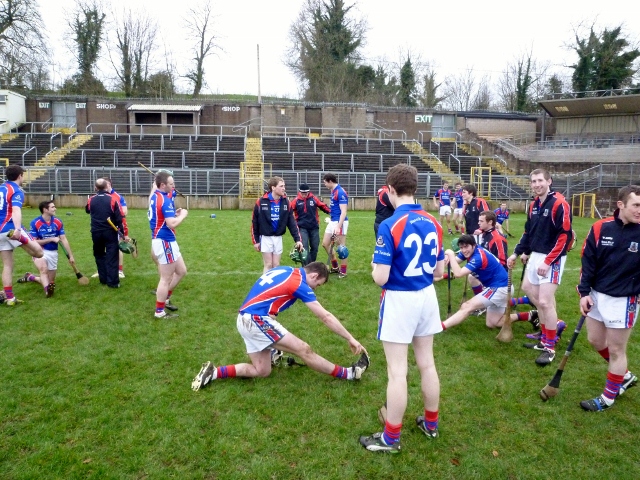