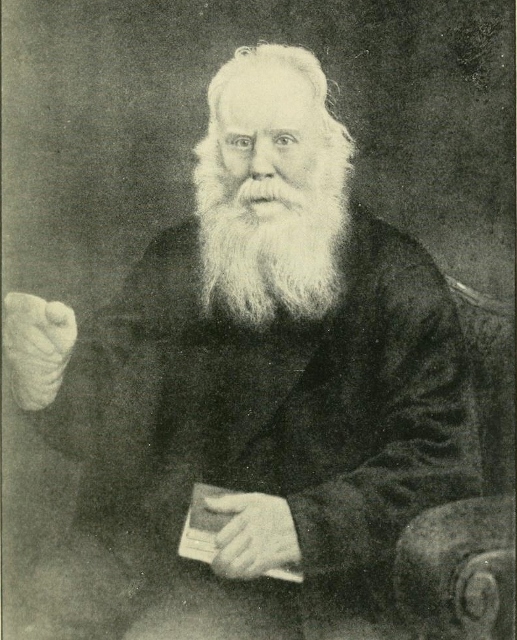 Donaghmore Historical Society in County Tyrone concluded its season of talks in The Heritage Centre on Monday, 8th April, when Michael Fisher gave an illustrated talk entitled, “From Prillisk to Beechmount: a Tyrone man’s journey to Dublin: the story of William Carleton.” Born and reared as a Catholic in the Clogher Valley , where his father was a small farmer, Carleton has never had the recognition he deserves, either in his native area or in the ranks of Irish novelists. He spent most of his adult life in Dublin , where his works were written, including the famous “Traits and Stories of the Irish Peasantry,” the first such significant stories to be published in the English language in Ireland and Britain . When he settled in the capital city, he came under the influence of a Protestant clergyman, who persuaded him to change his religion in order to gain a living as a writer. His stories describe the society he grew up in, which often featured sectarian confrontation between orange and green factions, such as “The Party Fight and Funeral.”

Michael Fisher is Director of the William Carleton Society’s international summer school. A freelance journalist, he retired from RTÉ. News in Belfast in September 2010, having joined the broadcaster in Dublin in 1979. He is a former BBC. News trainee in London and worked in Birmingham as a local radio reporter. A native of Dublin , Michael has family connections with County Tyrone as well as County Monaghan . He is a graduate of UCD. and QUB., where he completed an MA. in Irish Studies in 2001, including a dissertation on The Big House in Counties Fermanagh and Monaghan. He was introduced to the works of Carleton during his time as a student at University College in Dublin by one of his lecturers on Anglo-Irish literature, Maurice Harmon, who is now a patron of the William Carleton Society. 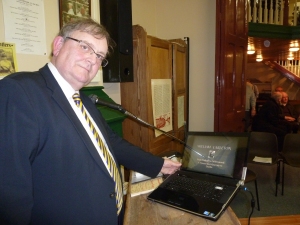 Those who remember Michael’s soft modulated, dulcet tones from his days on our television screens will have a chance to see and hear him in person in The Heritage Centre on Monday night at 8 o’clock, when he will be telling the story of a County Tyrone writer, who, surprisingly enough, is virtually unknown in this part of the county.

William Carleton was born the youngest of a family of 14 children in the townland of Prolusk (‘Prillisk’ in his autobiography) near Clogher in Co.Tyrone, on Shrove Tuesday, 20th February,1794. Although there is little suggestion that the Carletons were upwardly mobile, they did move house frequently within the Clogher area and were established at the townland of Springtown when William left the family home. Carleton obtained his education at local hedge schools which he was to write about, fictionalising the pedagogue Pat Frayne as the redoubtable Mat Cavanagh. From other retrospections of his home district, we learn of Carleton’s delight in his father’s skill as a seanachie and the sweetness of his mother’s voice as she sang the traditional airs of Ireland; of his early romances- especially with Anne Duffy, daughter of the local miller; of Carleton the athlete, accomplishing a ‘Leap’ over a river, the site of which is still pointed out; of the boisterous open air dancing. Initially an aspirant o the priesthood, Carleton embarked in 1814 on an excursion as a ‘poor scholar’ but, following a disturbing dream, returned to his somewhat leisurely life in the Clogher Valley before leaving home permanently in 1817. Journeying via Louth, Kildare and Mullingar, he found work as a teacher, librarian and,  eventually, as a clerk in the Church of Ireland Sunday School Office in Dublin. In 1820, he married Jane Anderson who bore him several children. By 1825, Carleton. who had left the Roman Catholic Church for the Anglican Church of Ireland, met a maverick Church of Ireland cleric, Caesar Otway, who encouraged him to put his already recognised journalistic talents to such prosletysing purposes as satirising the attitudes reflected in pilgrimages to ‘St Patrick’s Purgatory’ at Lough Derg, a totemic site in Irish Catholicism. Further writings in the Christian Examiner & Church of lreland Magazine led in 1829 and 1833 to the publication of what is arguably Carleton’s best known work: Traits and Stories of the Irish Peasantry. In these stories Carleton returned imaginatively to the Clogher Valley, drawing on comedy, farce, melodrama and tragedy to present a tableau of the life of the country people of the north of Ireland before the famines of the 1840s altered their pattern of existence for ever. Carleton went on to respond to the challenge of the novel, in his tirne a comparatively undeveloped genre amongst Irish writers, and published Fardorougha the Miser (1839), Valentine McClutchy (1845), The Black Prophet (1847), The Emigrants of Aghadarra (1848), The Tithe Proctor (1849), The Squanders of Castle Squander (1852). In these works he addresses many of the issues affecting the Ireland of his day such as the influence of the Established Church and landlordism, poverty, famine and emigration but does so with an earnestness that regrettably often caused his more creative genius to be swamped in a heavy didacticism. Carleton continued to write in a variety of forms, including verse, until his death in 1869, but critics are agreed that the quality of the work is uneven. Despite his prolific output, Carleton never really made a living from his writings and welcomed the pension voted to him by the government following the advocacy of such contrasting figures as the Ulster Presbyterian leader, Dr Henry Cooke, and Paul Cardinal Cullen, Catholic Archbishop of Dublin. His last project, uncompleted when he died, was his Autobiography, which was re-issued through the efforts of the Summer School Committee in 1996. Carleton was buried in the cemetery at Mount Jerome in Dublin and over his grave a miniature obelisk records the place “wherein rest the remains of one whose memory needs neither graven stone nor sculptured marble to preserve it from oblivion”.           (Summer School handbook 1998) 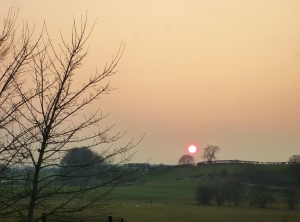