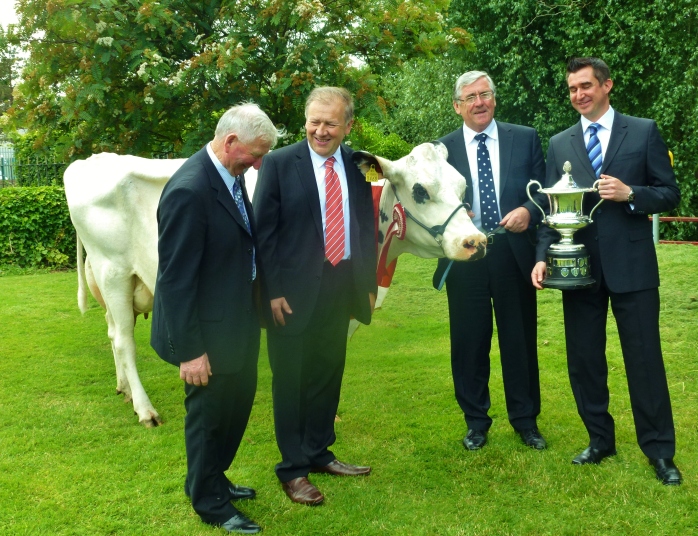 It’s that time of year again when the agricultural community shows off its best livestock and produce. One of the best known shows in the country is held annually at Virginia in County Cavan, beside the shores of Lough Ramor. This year’s event will be on Wednesday 21st August, four days after the Tydavnet show in North Monaghan. The Virginia Show has like many others several competitions in the different classes. But there is one cup in particular which the dairy farmers are interested in, the Baileys Champion Cow, now in its 30th year. More about that on another occasion.

The launch of this year’s event was at the Diageo Bailey’s global production plant at Clondalkin in Dublin. Mr Hayes spoke at a lunch with representatives from the company, the show and members (including myself) of the Guild of Agricultural Journalists. The recently appointed Minister of State at the Department of Agriculture (with responsibility for Forestry, Horticulture, the Greyhound Industry and Food Safety) is from Golden in County Tipperary and is a beef farmer, so he has a good knowledge of the agri-food sector.

The Minister praised the wonderful work and commitment of the various show committees who give their services to the community every year on a voluntary basis.  The Minister said the past few months with the fodder shortage had been difficult for farmers. But he was hopeful that with the sun appearing, things would improve over the summer. He referred to the important negotiations due to be held in Brussels next week on the future of the EU’s Common Agricultural Policy. He said he would be joining his colleague the Minister for Agriculture Simon Coveney who will be chairing the talks. He said the Irish Presidency (which runs until the end of this month) had brought the negotiations a long way. He was hopeful they could bring the CAP talks through to a conclusion, but it was a difficult task because there are now 27 EU member states at the negotiating table. It was going to be a tough week, he said, but he was looking to see the finalisation of the process by Tuesday evening or Wednesday, or as was more likely to be the case, by early on Thursday morning as these discussions had a habit of going down to the wire. 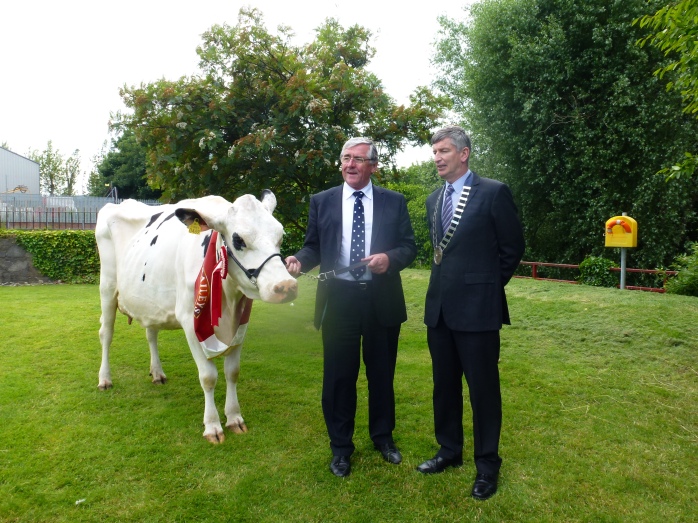 In a week which has seen a controversy over sponsorship of sports by the drinks industry, the Minister commended Diageo for what he said was a very good sponsorship of the Bailey’s Cow. Diageo’s head of Irish operations David Smith spoke about the company’s plans for the future and said they were still committed to Ireland. On Monday the company, which also owns Guinness, denied it would scale down its plants in Ireland if drink companies were banned from advertising at big sporting events. Mr Smith referred to the investment of nearly €160m in what he said would be the most advanced brewery in the world at St James’s Gate in Dublin. The new Guinness brewery is under construction giving employment to 900 workers and is due to be fully operational next year. He also pointed to their investment of €3m at its Smithwick’s visitor centre in Kilkenny, recently announced.