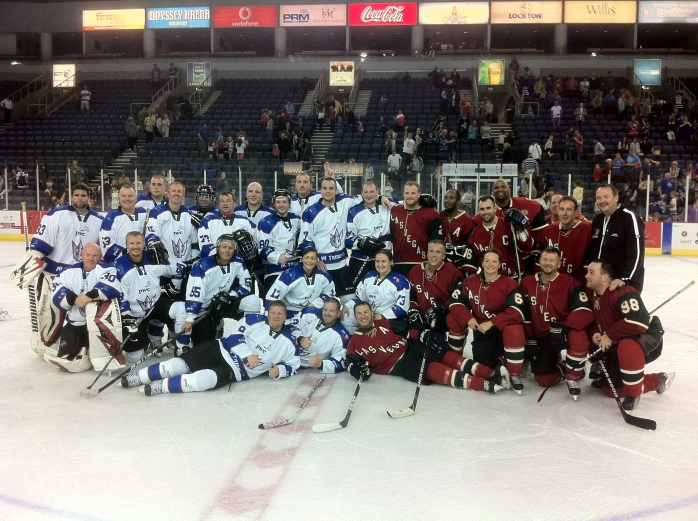 It was a great night at the Odyssey Arena in Belfast, with nearly 2000 people managing to create a special atmosphere in the stadium. Local team NI Tridents put on their best performance so far in the round robin ice hockey tournament at the World Police and Fire Games in Belfast. In a closely contested match against the experienced Las Vegas Guns and Hoses, they lost by a single goal, 5-6. The crowd really got behind the Tridents, which I’m sure encouraged them. At one stage the match was at level pegging, 3-3, but Vegas scored again soon after the Tridents got their equaliser in the second period.

All this action is FREE and FUN! Tell your family and friends and get down to the Odyssey to follow the NI Tridents! 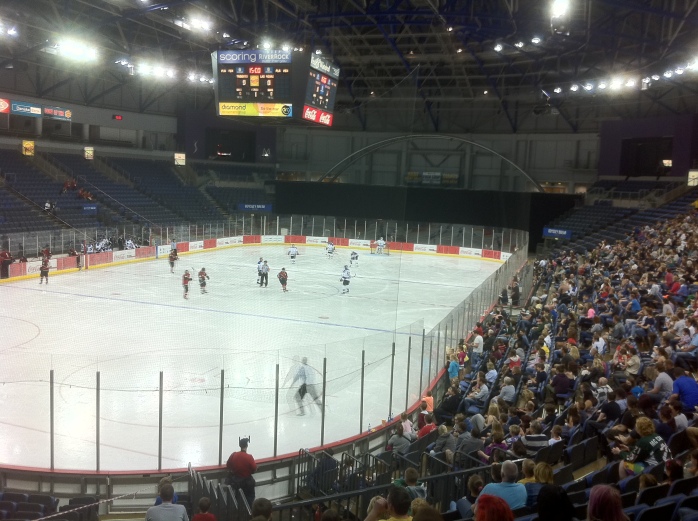 I began my day as a volunteer giving a lift to several members of the UK Firefighters/HMP Tornados team, who must have thought they were being kidnapped when I spotted them on the Malone Road! But I recognised a couple of them from watching them in action since Thursday. When we got to the Odyssey, I was told it was the birthday of the net minder, so the team organised a little present for him: as the announcer, I got the crowd to join me in singing Happy Birthday to Roger Hemming. His teammates then doused him with a bucket of water which had been hidden in the penalty box! The Tornados went down 11-2 to Toronto Courts, who have emerged as one of the top teams in this tournament.

It was an almost similar scoreline in the second match, with South West Finland Emergency Services seeing off their Nordic counterparts from the Reykjavik Ice Falcons 11-1. Before the game I mingled with the crowd and went up to where the Finnish ‘dancing ladies’ were sitting and greeted them with the only word in Finnish I could find this morning: ‘tervetuloa’, or welcome, and I got the crowd to applaud them.

So the results of today’s three games: 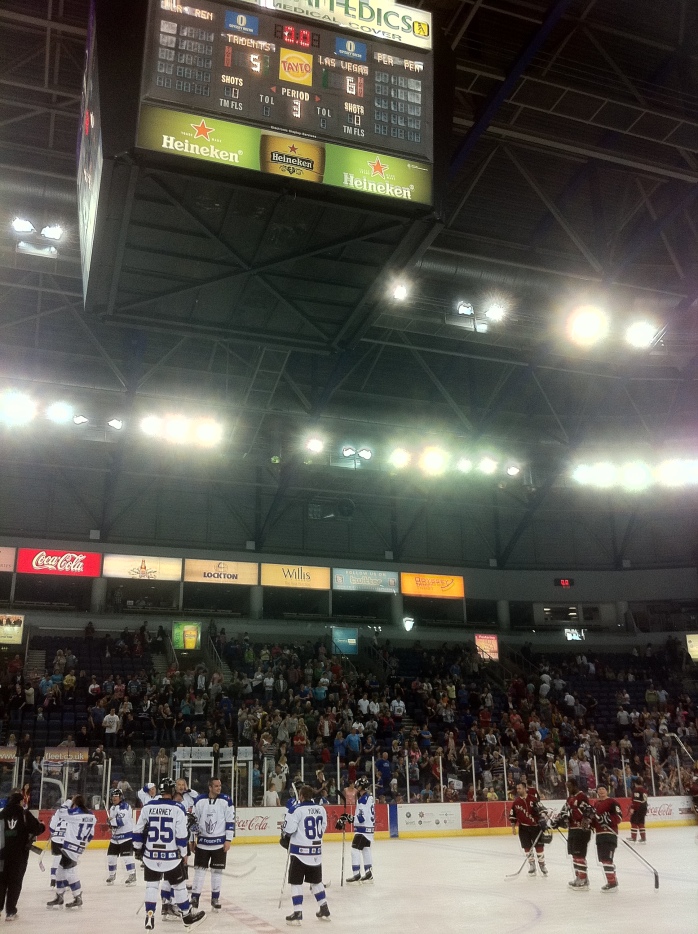 Tomorrow there will be two matches at Dundonald Ice Bowl. In the 45+ competition, Trondheim Fire Department from Norway take on Service Incendie Montreal (Fire Service) at 1pm and Finland Police take on New York Fire & Ice at 3pm. At the Odyssey the first two games will be Division 2 standard, with New York City Fire facing off at 11am against another Finnish team, Jyvaskyla Fire and at 1pm, Tampere Police Department also from Finland take on Boston Police Emerald Department. SW Finland take on North America Blue at 3pm, followed by NI Tridents against UK Firefighters/HMP Tornados at 5pm, so please turn out in support of our home team. The final match at 7pm will see Las Vegas Guns & Hoses pitched against Reykjavik Ice Falcons. 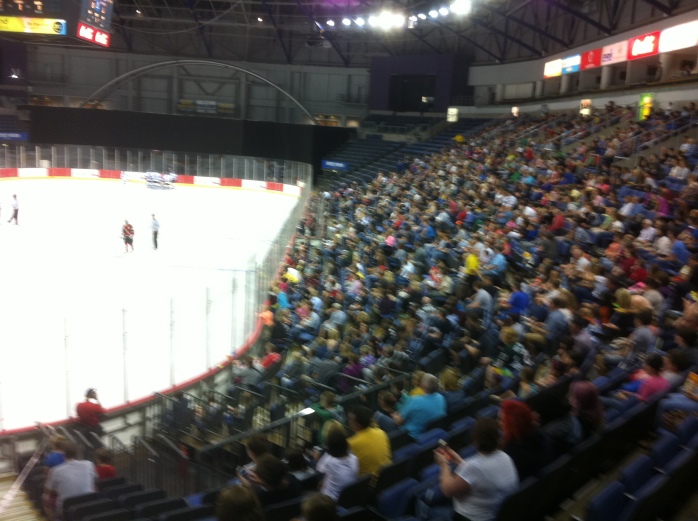 Good crowd at the Odyssey Arena for the ice hockey