The seats in front of me on the far side of the ice were usually empty, except for one block where we put the media and any players not taking part in the action. So one of the first things I did as announcer was to try to speak directly to the crowds who sat in the seats behind the control box at the Odyssey Arena, and that meant turning around to face them during some of the breaks or before the games at which I acted as announcer. 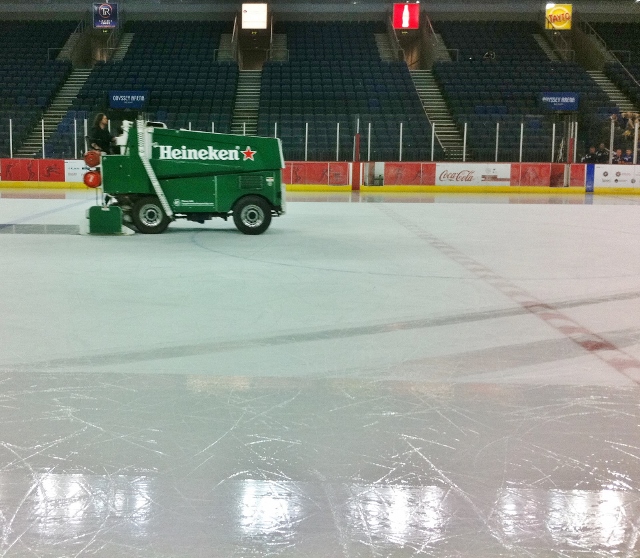 I have enjoyed my week at the Odyssey Arena. Thanks to the event controller Todd Kelman (General Manager of Belfast Giants) and Beni McAllister (coach of NI Tridents) along with Kate and a host of great volunteers for giving me a valuable insight into event management and for inviting me to do the announcing at many of the games. It has been a pleasure to be back at work and interacting with the general public. 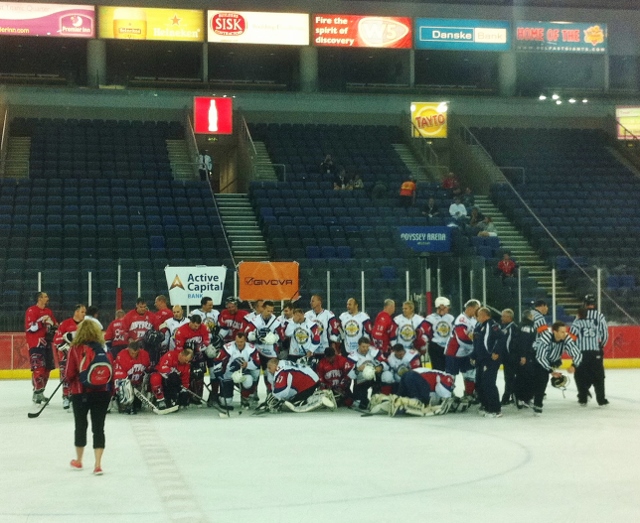 I also took the opportunity to thank many of the referees and linesmen for their understanding and patience while they worked with a team of experienced games officials combined with volunteers who were taking on some of the roles such as goal judge or looking after the penalty box (and the pucks!) for the first time.

This afternoon as I took my break during the third match (Boston Emerald Police Department  FDNY in division II) I noticed a man wearing a Munster rugby jacket. I asked him if we should start preparing for an invasion of Munstermen on the ice! It turned out that he was from Cork and had been visiting the education centre at W5 with his family when he met some of our games ambassadors whose green ‘hands’ pointed him in the direction of the free ice hockey.

There will be no games tomorrow (Thursday 1st August) because the opening ceremony for the world police and fire games 2013 is taking place at the King’s Hall in Belfast. The ice hockey will resume at the Odyssey Arena on Friday. 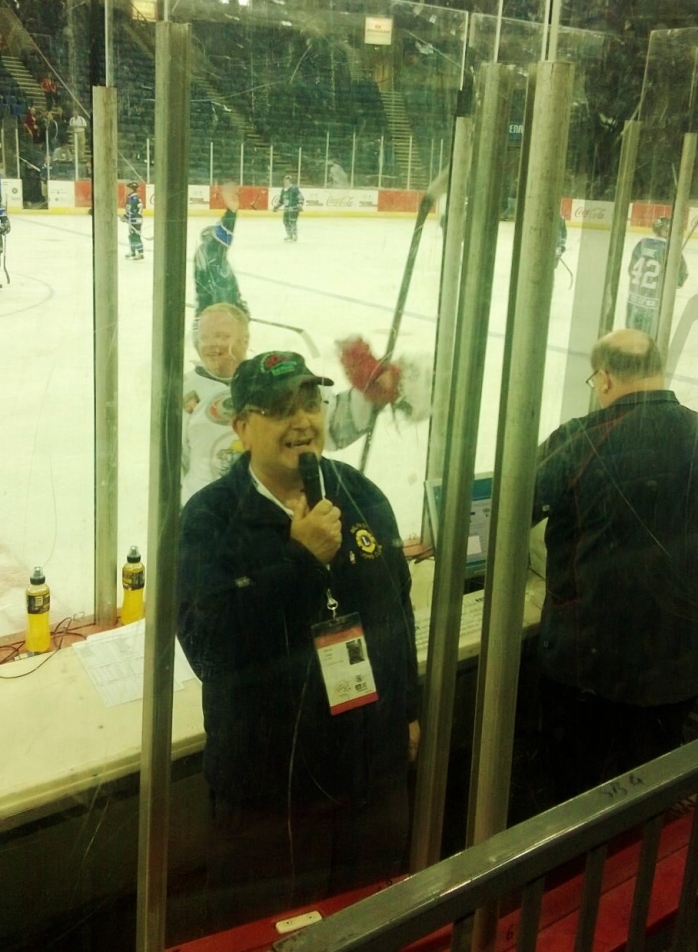