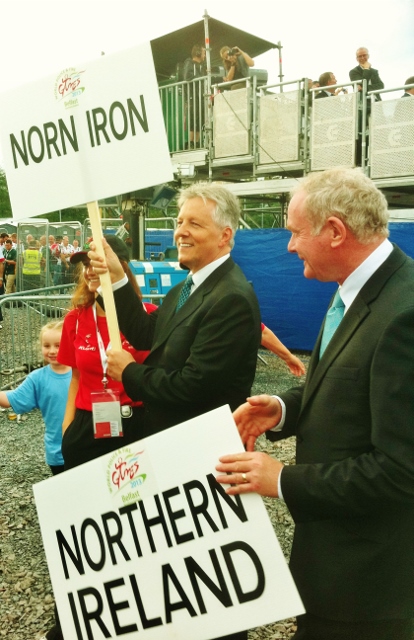 Some medals have already been awarded and some of the competitors from the novice section of the ice hockey have already gone home. But this was the day set aside for the official opening ceremony of the 2013 World Police and Fire Games. It was a fantastic occasion at the King’s Hall complex in Belfast, with over 10,000 people (mainly competitors and their friends and family) crowding into a specially constructed arena dominated by a large stage. 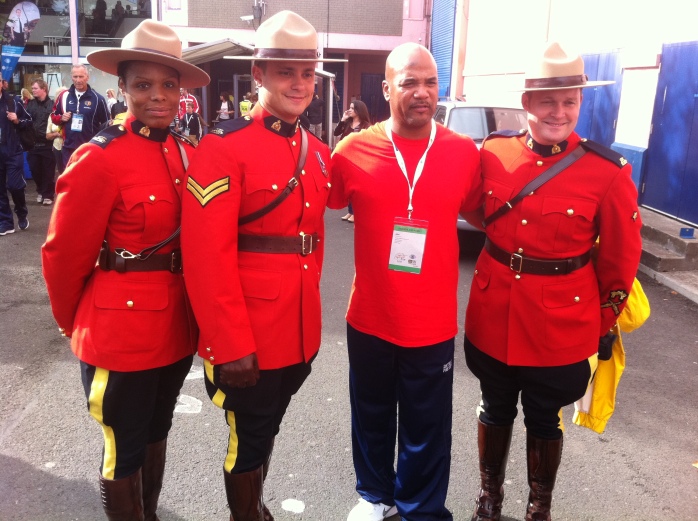 The evening ended with the lighting of the games torch, the raising of the WPFG flag and a performance by Brian Kennedy and other stars. 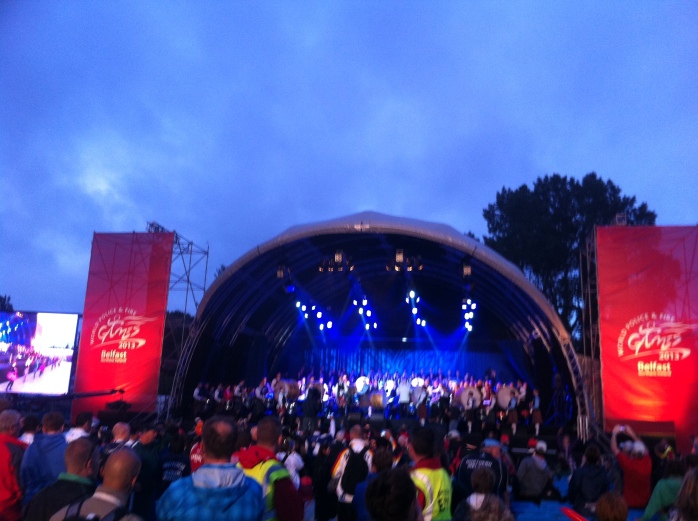 Today I saw the way the Waterfront Hall had been turned into a welcome centre for all the athletes and their supporters. Met some of the volunteers there who were very helpful. When I returned to my car at St George’s Market found two competitors, both from the USA, wondering how to get out to the Mary Peters track to take a look around (one of them will be competing there, the other is taking part in the golf competition).

I was wearing my official identification so I immediately offered to bring them to the track and gave them a guided tour of South Belfast (University Road and Malone Road, including the turnoff for Newforge) along the way. When we arrived, both were impressed with the track and I pointed out the new stand, which I was seeing for the first time. Looks well, as do the QUB facilities at The Dub beside the House of Sport. 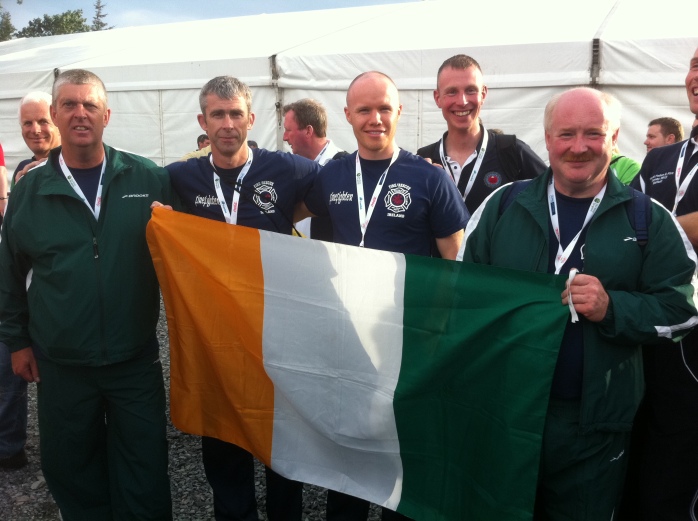 Note: for those who think I have mixed up this photo with the Ivory Coast (who are not represented at the games) take a look at where the hook is on the green section for attaching the tricolour to a flagpole. I insisted on carrying the national flag this way once in Belgium, to the consternation of some of my colleagues! The rest of the Garda/fire/prison service team preferred to carry the Irish flag in what might seem the ‘normal’ way, i.e. green, white and orange. Anyone who wishes to clarify the correct protocol should let me know.

Among the visitors to the ceremony was the President of the Ulster Council of the GAA, Martin McAviney from Ballybay. He will be heading for Croke Park on Saturday to join his fellow county-man Paraic Duffy (Castleblayney and Scotstown),  Ard Stiúrthoir Cumann Lúthchleas Gael. No doubt both of  them will find it difficult to remain entirely neutral when the Farney army meet Tyrone in the All-Ireland quarter-final! Gaelic football is one of the sports at WPFG 2013. 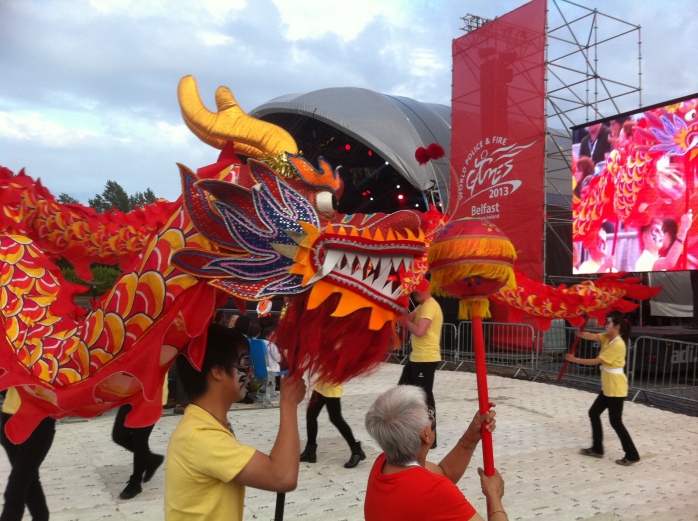