Day two of the 22nd annual William Carleton international summer school was devoted to a walking tour of Monaghan town. Around fifty people took part and were guided around some of the important buildings in the town by Grace Moloney of the Clogher Historical Society, based in Monaghan.  She has researched, written and lectured extensively about local history in the Clogher Diocese. Her main interest is the history of County Monaghan, especially maps, place-names, archaeology, natural history (forests and bogs), social history and the history of women.

Group at the Market House, Monaghan

She was assisted by Theresa Loftus of Monaghan County Museum, where she has been working since 2004. Initially she worked in registration, moved to education and outreach and became Exhibition / Research Officer in 2007. She studied Local History in NUI Maynooth and Museum Practice and Management at the University of Ulster. 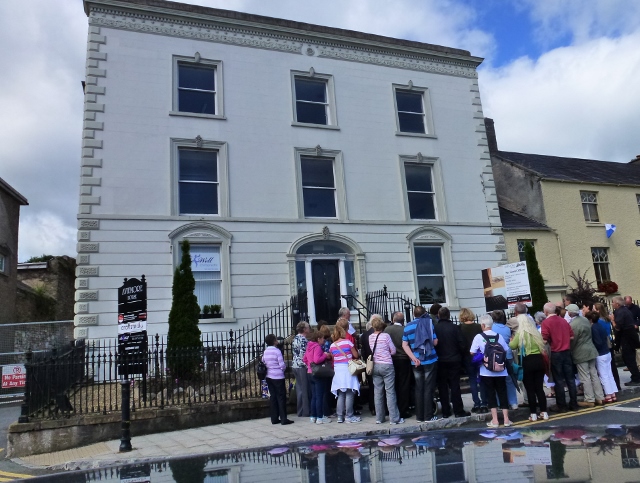 Lunch was served afterwards at the Poc Fada pub where a group of traditional musicians entertained the group. 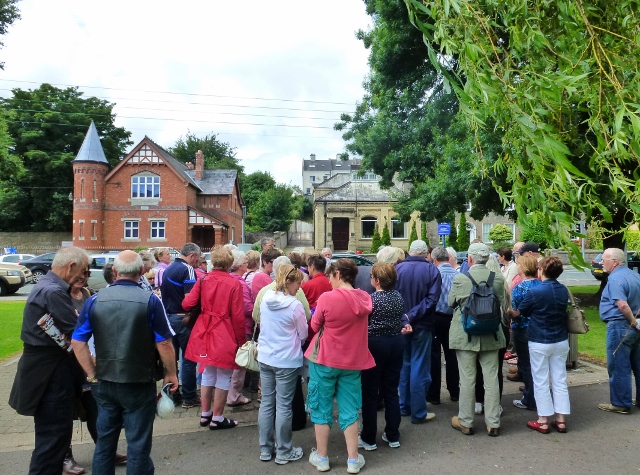 Sunday 4th August: Tomorrow in Monaghan town republicans from all over Ireland will gather for the national hunger strike commemoration, the story of which is on display at an exhibition organised by Sinn Féin in Dublin Street.