After suffering a 0-4 drubbing by Conan Byrne of St Patrick’s Athletic at Tallaght on Friday, Shamrock Rovers needed to pick themselves up again if they wanted to reach the EA Sports Cup final for the second year running against Drogheda United, current holders of the trophy. But the Hoops got off to the worst possible start. Rovers’ manager Trevor Croly had only just taken his seat in the press box in the middle of the stand when the visitors took the lead with their first attack after just over 30 seconds. 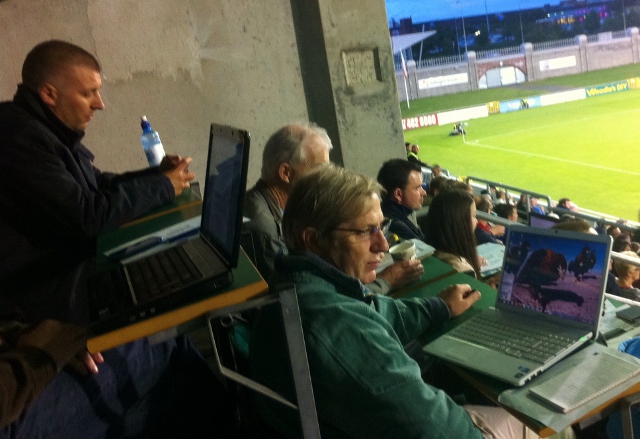 Kieran Djilali put the the visitors ahead, latching on to a clever pass from Rafaele Cretaro and striking his shot past Barry Murphy into the far corner of the net. In the tenth minute more sloppy defensive play meant Murphy had to get down smartly to push Seamus Conneely’s shot around the post for a corner. 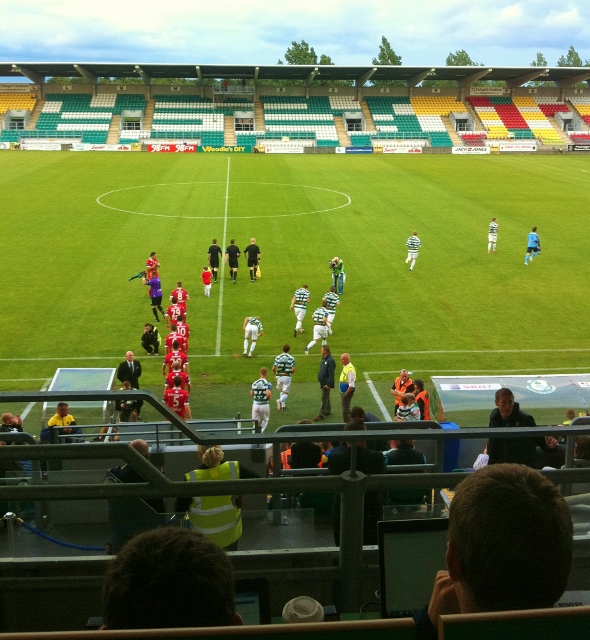 The home fans were delighted in the 17th minute when Rovers produced an equaliser through Karl Sheppard. For Sligo, former Hoops’ striker Aaron Greene had two chances to put them ahead again, shooting wide from a free and then heading past the post from close range following a cross from Cretaro.

Hooperman in action at Tallaght

Hooperman did his best to encourage the home support and  it wasn’t long before the third goal arrived, edging Rovers in front. O’Connor’s free from just outside the box deflected off the wall but Evan McMillan’s clearance only got as far as Gary McCabe, who shot past Rogers into the top corner of the net in the 27th minute. Sligo boss Ian Baraclough was forced to replace Evan McMillan with Danny Ventre just before the end of a half that saw yellow cards for Murphy, Cretaro and the Reds’ captain Gavin Peers. 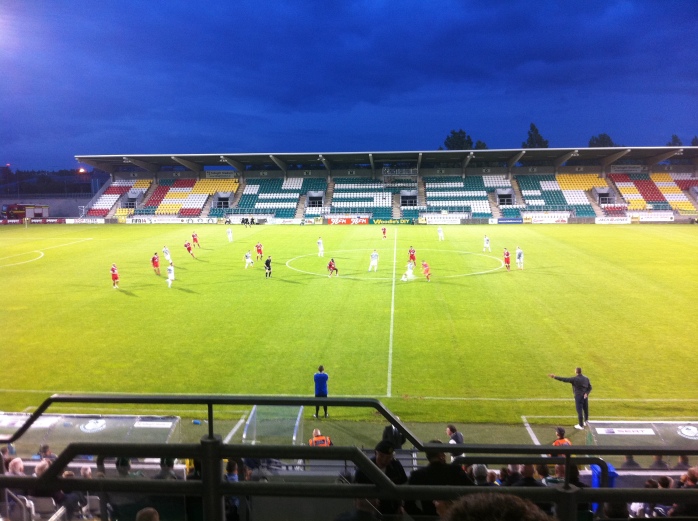 Gary McCabe got his second in the 71st minute giving Rovers a 3-1 advantage. But Sligo were not finished and with eight minutes left, substitute Anthony Elding who had come on for Rafaele Cretaro nodded home Greene’s deep centre. Then a Joseph Ndo strike from just inside the box was tipped over the bar by Murphy, as the visitors sought to bring the match to extra time. A late corner, for which keeper Gary Rogers travelled to the opposition box, was the last chance for Sligo but it failed to beat the first defender and it was the Setanta Cup holders Shamrock Rovers who progressed to another final. 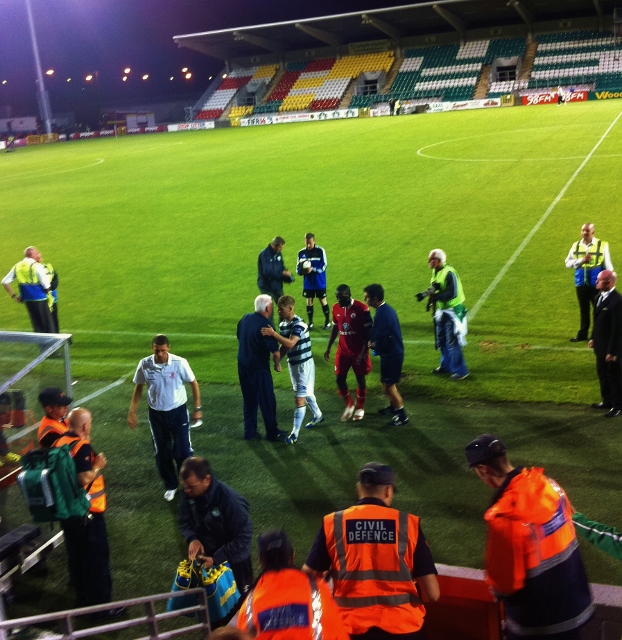 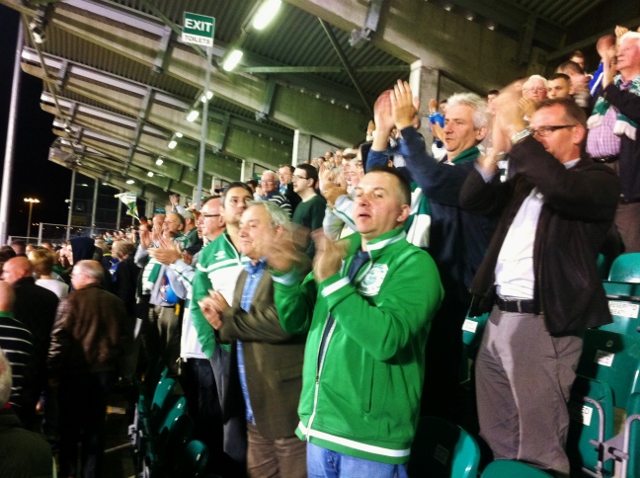 Happy Days for the Rovers fans