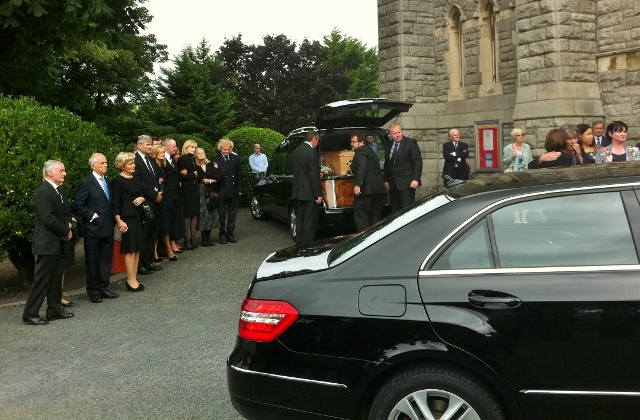 Andrew Feeney lives in Australia and was in Melbourne when news reached him of his father’s sudden death. Another of Kevin’s four children was in Russia and apparently had difficulty with an exit visa as he was in the middle of a tour. Andrew spoke very movingly at the end of the funeral Mass at the Church of the Sacred Heart in Donnybrook, Dublin. 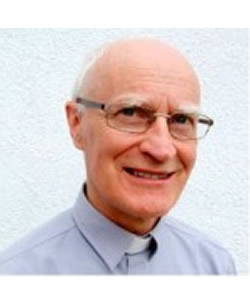 This wasn’t Kevin’s parish but the church of the Three Patrons in Rathgar is undergoing renovations and the interior has scaffolding erected for painting, so it would not have been able to handle the large crowd of mourners who gathered to say their farewells to Kevin and to sympathise with Kevin’s relatives and family led by his widow Geraldine, a member of the well-known Davy family. His brother-in-law Fr Charlie Davy SJ, Galway, Chair of the Pioneer Total Abstinence Association, was the chief celebrant of the Mass, along with nine other priests.

Andrew Feeney told the packed church he was “so proud to have had him (Kevin) as a father”. “We feel he went out on a high as he was at his happiest in Ballycotton” (his holiday home in County Cork), he said. One of his own great memories was attending the Italia 90 Ireland-Italy game with his father. 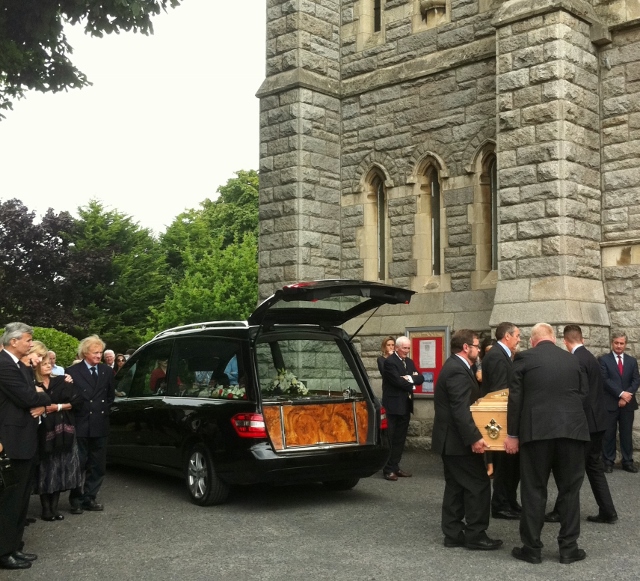 In an address at the end of the Mass, the President of the High Court Mr Justice Nicholas Kearns said that although Kevin had been fiercely competitive in the courtroom, he did not like the public spotlight. “He was a very, very private man, who put family and friends first”, he said. He told mourners the late Judge had a unique sense of humour and rarely lost his temper. He spoke of his great interest in sports: rugby, golf, hockey and cricket. “We’re all still in a state of disbelief at his sudden death,” Mr Justice Kearns continued. Family “always remained extremely close…he was devastated when (his brother) John died so tragically” (in a 1984 plane crash at Eastbourne in England). 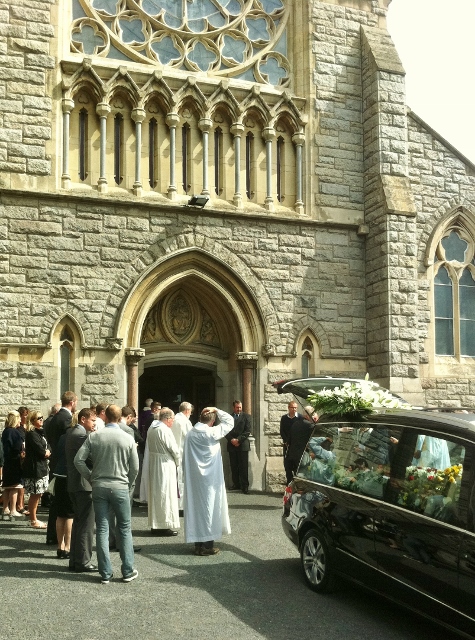 He recalled that Kevin, who was 62, had exhibited a sense of justice at an early age. His brother Jim was 16 and Kevin 8 when Jim got a bicycle. “He protested with a placard outside his father’s study which read ‘No Bicycle. No Justice’.” 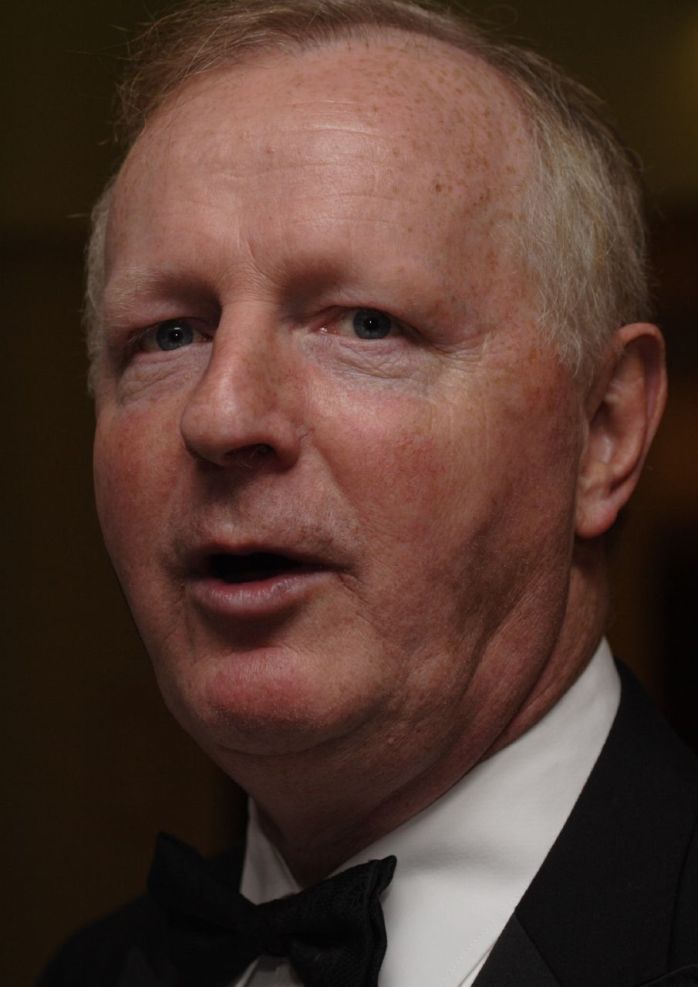 His “courtroom advocacy skills were superb” and when appointed to the High Court “he took over a difficult case list. He never complained about being overworked or under-resourced. As a lover of sport he was for many years a member of the Phoenix Cricket Club, where “he defended the wicket like the Spartans at Thermopylae”, usually coming into bat at number eight. 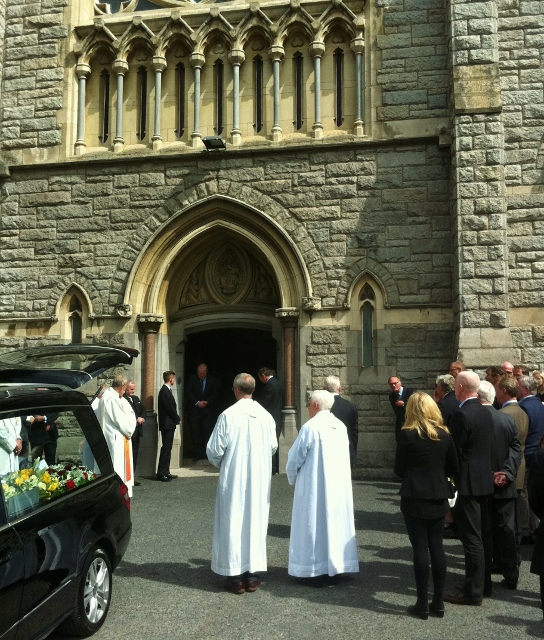 Mr Justice Kearns then recalled a golfing trip to Scotland Kevin had organised for colleagues on the bench as part of an outing for the judiciary in the UK and Ireland. The estate car he hired was not large enough for four passengers and all their baggage and equipment. It resulted in one eminent Irish judge sitting on another’s knee while a third ended up sitting on a case in the boot! 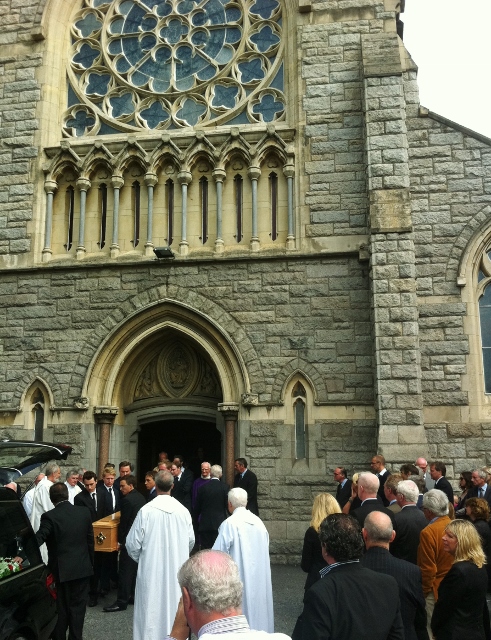 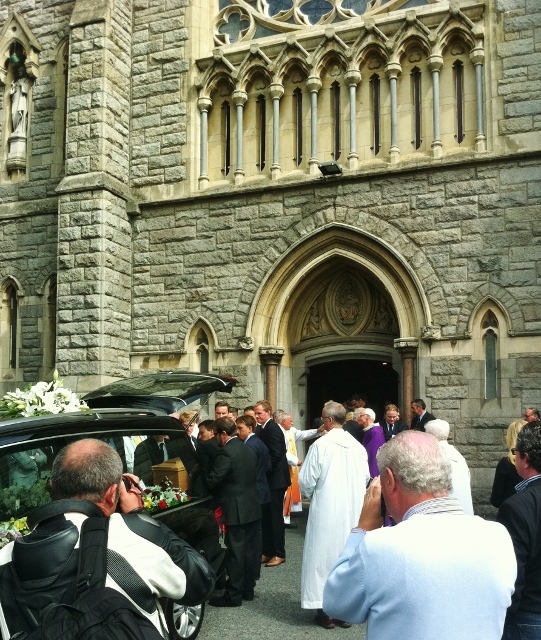 Kevin was in class with me when I attended Gonzaga College 1967-69. Among the former classmates to attend the funeral were Michael McDowell SC, Paul McNally, Denis Brennan, Bobby Becker, Michael Gaffney and Peter Mathews TD. Ar dheis Dé go raibh a hanam dílis.