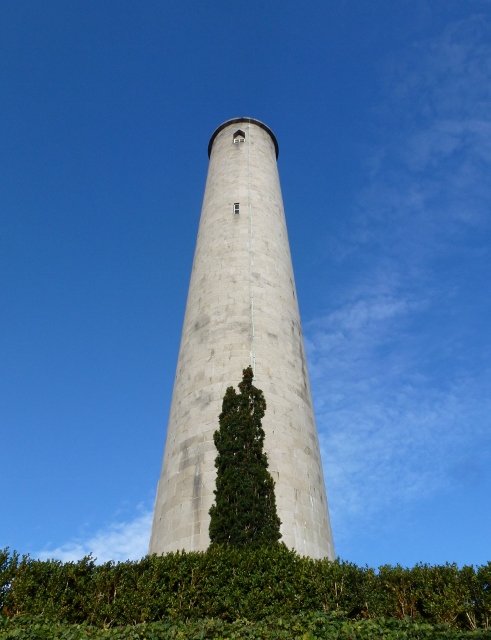 On a recent visit to Glasnevin Cemetery in Dublin, the guide Paddy Gleeson took us into the crypt with the sarcophagus of Daniel O’Connell and the remains of some of his relatives in the base of the round tower that dominates the graveyard which O’Connell himself established in 1828. We were shown the inside of the tower and saw where there used to be a staircase leading to the top. But a loyalist bomb attack in January 1971 destroyed the stairs and its windows. Now Susan Daly Editor of The Journal.ie reports resident historian Shane MacThomais as saying that plans are at an advanced stage to replace the wooden stairs and allow visitors access to a viewing platform at the top…… 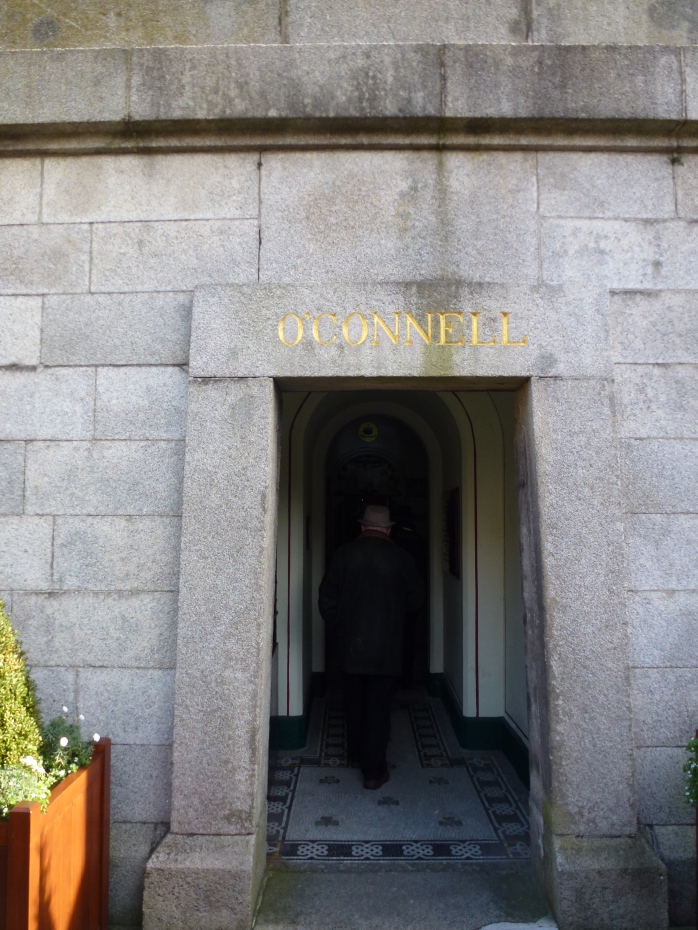 Entrance to O’Connell Crypt and Round Tower at Glasnevin Photo: © Michael Fisher

Bombed staircase in O’Connell Tower at Glasnevin to be rebuilt

“VISITORS TO THE O’Connell round tower monument in Glasnevin cemetery will soon be able to climb to the top for the first time in over 40 years. The winding wooden staircase that once ran up the centre of the 168ft-high tower was bombed to pieces by loyalists in 1971. 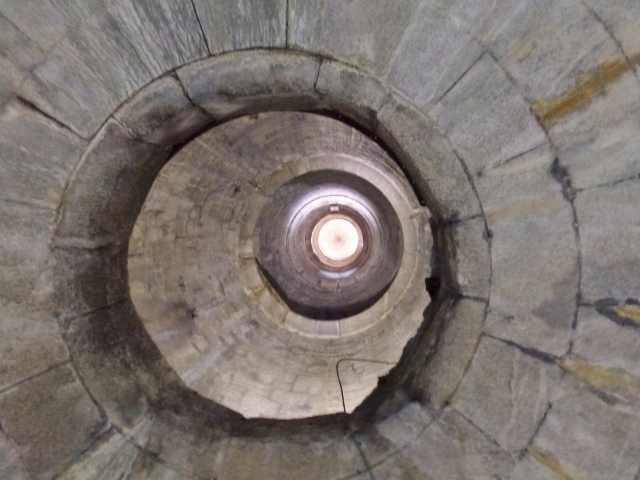 Interior of Round Tower seen from Crypt Photo: © Michael Fisher

TheJournal.ie has learned that the Glasnevin Trust has secured planning permission to reconstruct a wooden stair that will provide access to the four windows at the top of the tower. These face north, south, east and west and as Glasnevin already lies 110ft above sea level, the view spans from Meath to the Dublin mountains, and up to mountain ranges in Louth. Construction is expected to begin in about two months’ time.

Shane MacThomais, resident historian at Glasnevin cemetery, told TheJournal.ie that the timbers to be used for the stairs have already been cut and are being seasoned so that they won’t contract or expand to any great degree when in situ. Enough of the estimated €500,000 building cost has been raised to begin the process and the Trust is hoping for funding from the private sector for its completion”. 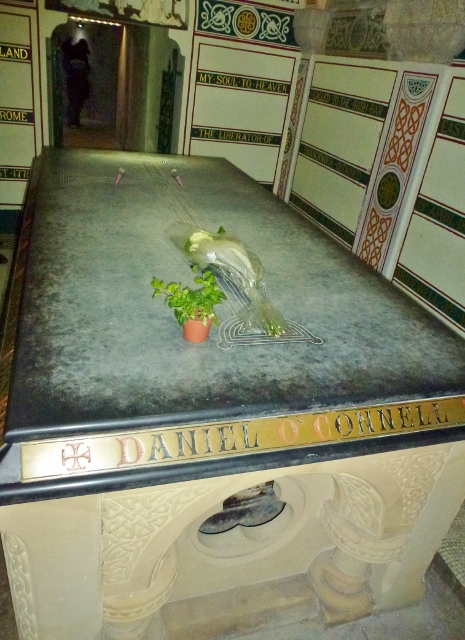 The landmark was one of three blown up by loyalists in Dublin in January 1971. Glasnevin Trust is run by the Dublin Cemeteries Committee, a not-for-profit group established by Daniel O’Connell himself in 1828, with a remit ‘to bury people of all religions and none’. 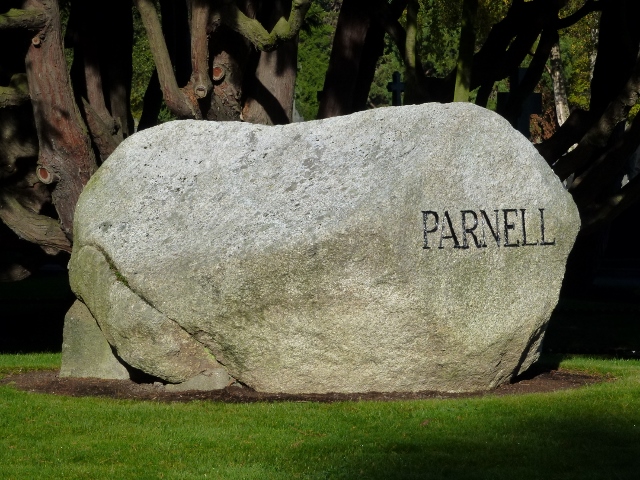