A visit to Emy Lake near Emyvale in County Monaghan a year ago provided me with one of the first stories for my daily blog, which I began on January 1st 2013, as well as providing a beautiful photo for the cover page. A nice 4km walk has been developed alongside the lake and the path has been improved so that it is accessible for buggies. Great work done by a dedicated committee of volunteers. 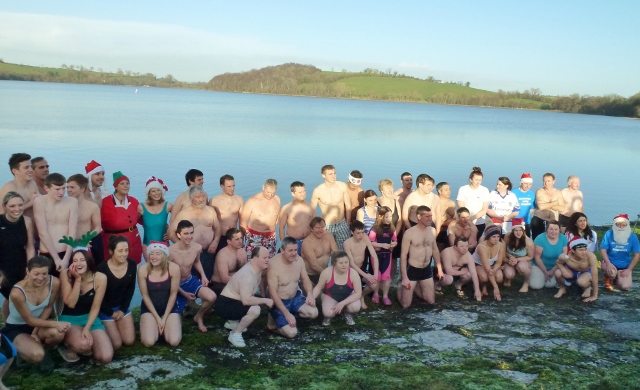 This is what I wrote last year:  EMY LOUGH SWIM: Congratulations to all who took part in the annual Emy Lough Christmas dip for charity near Emyvale in County Monaghan. Organised by the friends and parents of people with intellectual disability. I spotted Paul Bowe father of the rugby international Tommy who is recovering from injury and also Sammy Leslie from Castle Leslie in nearby Glaslough among the participants. My car temperature said 8C but I’m sure the water was considerably colder, even though the sun shone and it was the mildest such day for the dip in many years.

After the wind and snow yesterday morning on Christmas Eve (Tuesday), the weather in 2013 was almost better than last year with a good deal of sunshine. This time Tommy Bowe was able to take a dip along with his younger brother David and sister Hannah and their father Paul. Sammy Leslie from nearby Castle Leslie in Glaslough was back again wearing a red Santa top!

Mark Leslie was also there, easy to spot with a Japanese bandana. He was one of two hardy swimmers who swam out as far as a small island in the lake and returned safely to shore, with two volunteers on standby in a rowing boat in case anyone got into difficulty. 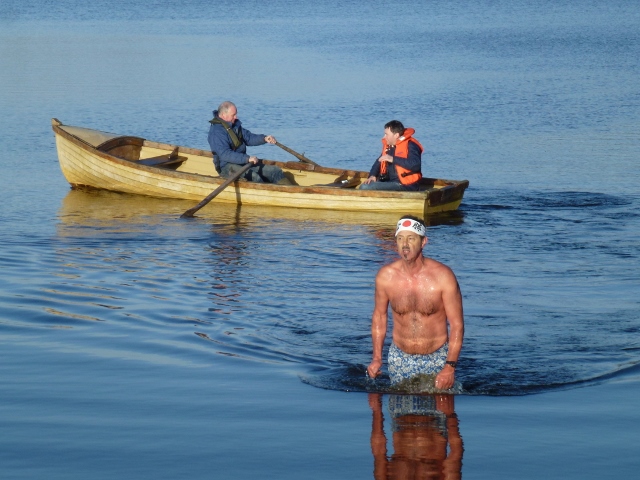 The Leslie family have been good supporters of this event which began 41 years ago under the stewardship of scout leader the late Benny McKenna and subsequently the late Garda Sergeant Dan Rogan. Similarly the Bowe family from Inishdevlin.

Among the supporters there this afternoon for the dip at 1pm was the actress Orla Brady who was staying at Castle Leslie. She is appearing in tonight’s special Christmas episode on BBC1 of Dr Who, in the role of Tasha Lem, a friend of the time traveller. 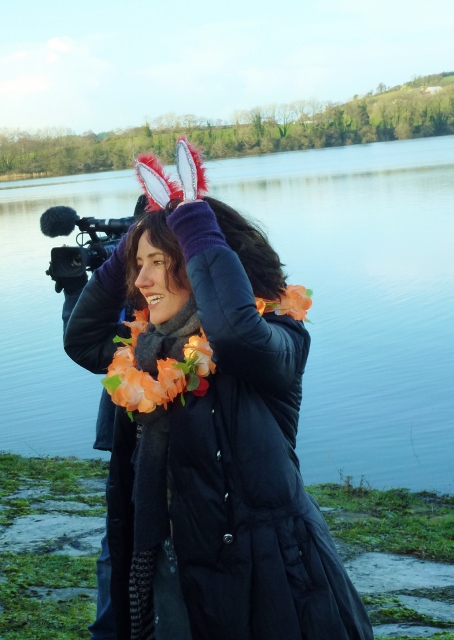 Last year I came without any cash so this year I made sure I gave two donations and my daughter who was with me also contributed to this worthy cause. It was a pleasant half hour in very tranquil surroundings and a nice way to spend part of Christmas Day. For more details of the event see www.emyvale.net. 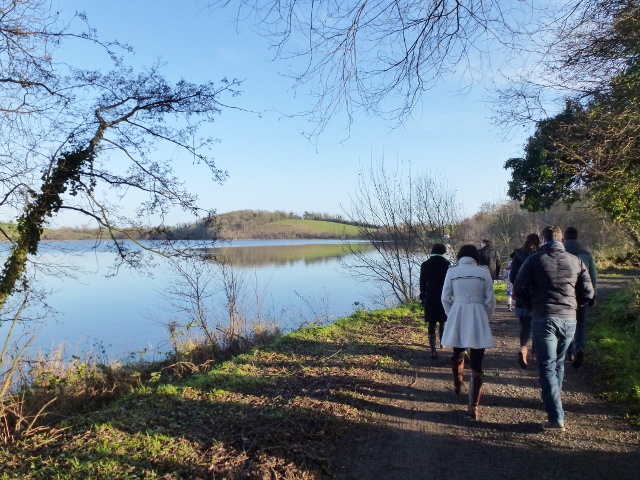 Just to prove I was there: Cameraman Gregory Murphy got a new profile picture of me as I was being interviewed at the lakeside by Peadar McMahon. I had to admit to him it wasn’t as he suggested the Fermanagh colours draped around my neck, but possibly an Ireland emblem (for Tommy Bowe no doubt); then I revealed it was in fact my Shamrock Rovers FC scarf! I added my congratulations to all those hardy people who had decided to take the plunge to support the great work of the Monaghan group, who included some Special Olympics athletes. Well done! 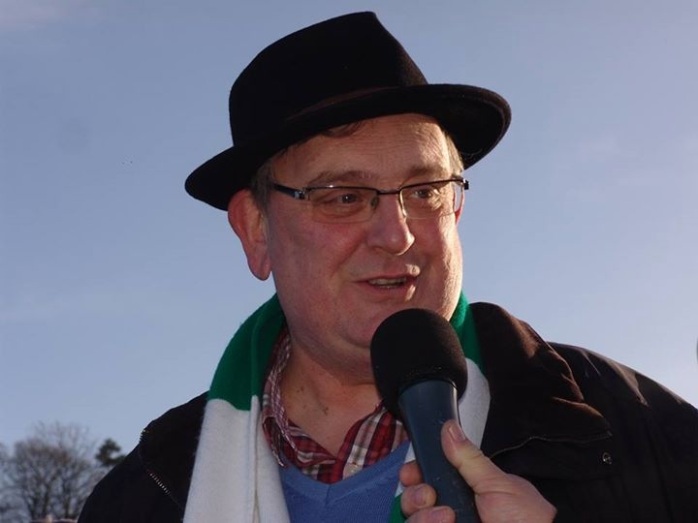