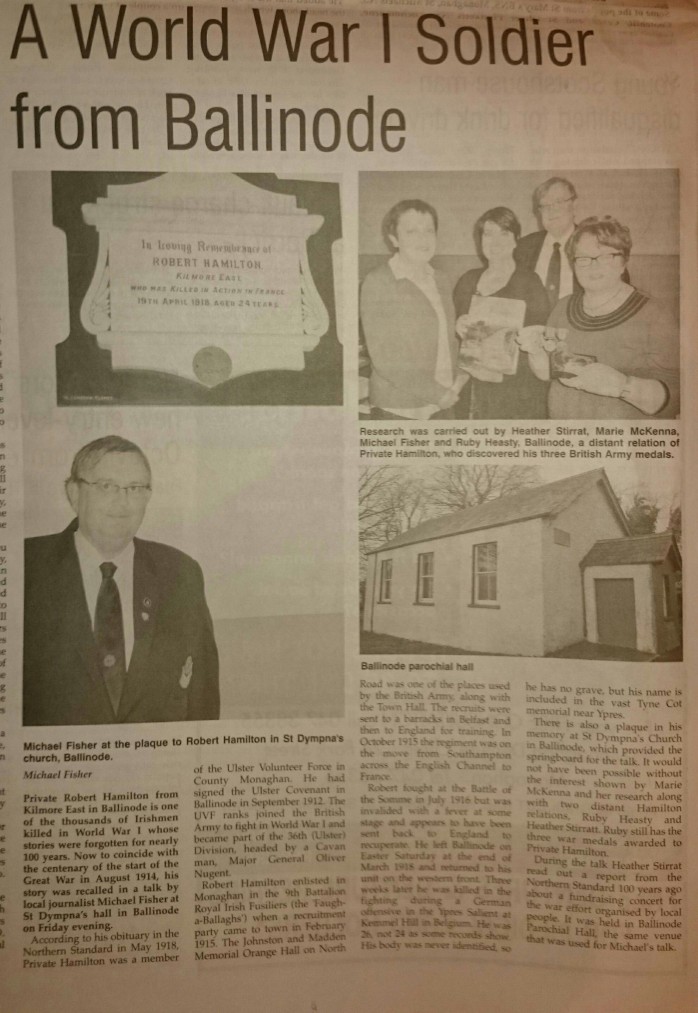 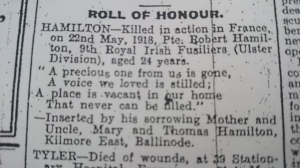 Many of the details discovered about Private Robert Hamilton from Ballinode were taken from the archives of the Northern Standard, the main weekly newspaper for County Monaghan. So it was very appropriate to receive coverage in this week’s edition (still on sale) for my talk a week ago on this member of the Royal Irish Fusiliers (9th Battalion), who was killed in action in Flanders in April 1918. 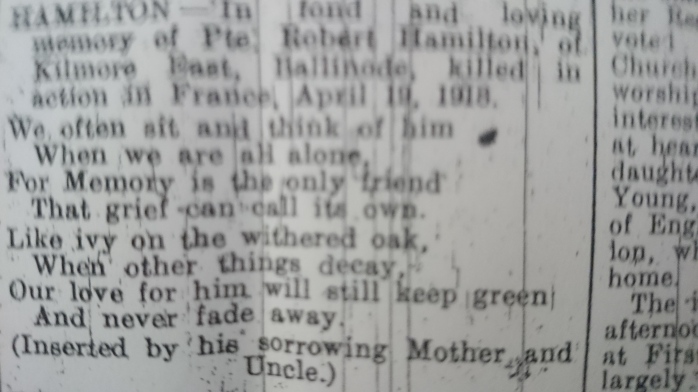 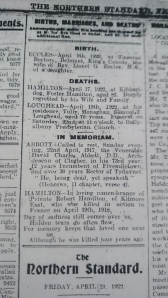 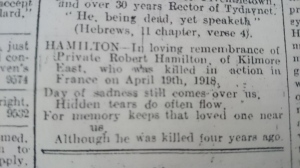