Bring on the Reds! It’s a dream tie for AFC Wimbledon of League Two. Success against Wycombe Wanderers on Sunday has brought them a lucrative home tie against Premier League side Liverpool in the FA Cup third round. Dons supporters will of course remember the shock result of the FA Cup final in 1988 when a Lawrie Sanchez goal secured the trophy for Wimbledon FC for the first and only time. Kingsmeadow has a capacity of 4850 and no doubt it will be a full house for the match to be played between January 3rd and 6th 2015. Gate receipts and television rights will provide a welcome boost for the club’s finances. A draw would be a good result, meaning a replay at Anfield.

As a non-league side Wimbledon always had a reputation for being giant killers in the FA Cup, with a notable victory against Burnely in the FA Cup third round on January 4th 1975, 39 years ago. The Dons went on to draw at Elland Road against Leeds, a match I was at, but they lost the replay. 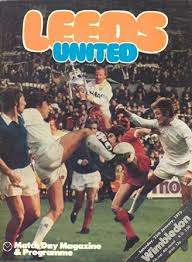