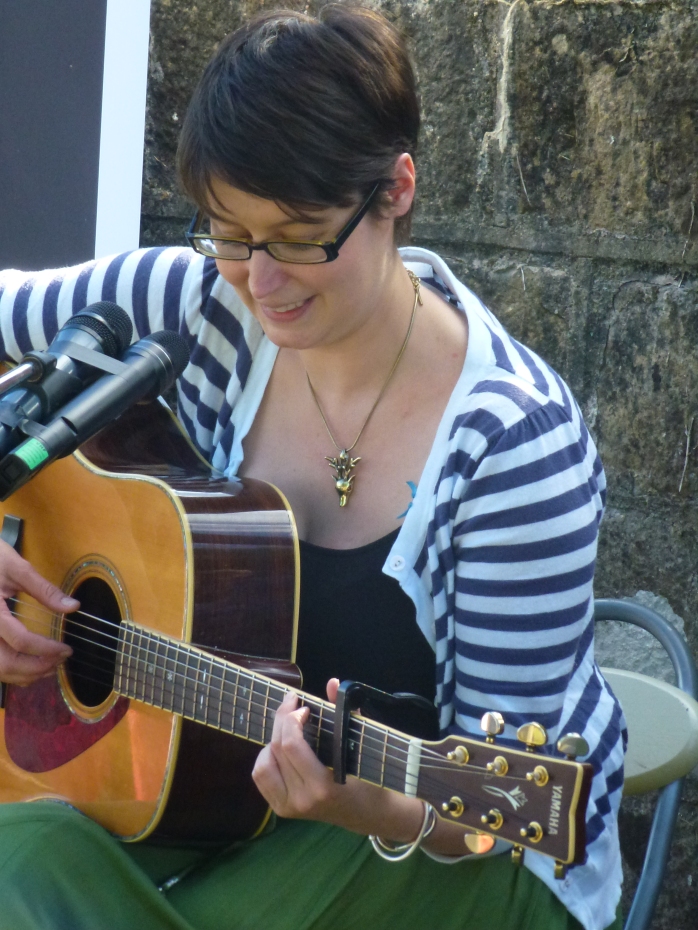 Edelle McMahon is a Belfast-based singer/songwriter, who hails from Emyvale in County Monaghan. In August 2013 she performed at the Blue Bridge outside Emyvale during the unveiling of a plaque as part of the William Carleton International Summer School. The following month I saw her performing in Crumlin Road Gaol during Culture Night Belfast 2013. Now her début solo single has been reviewed very favourably by “Joe” from the music review website, Bearded Radio. I have reproduced it in full with links where possible:-

“The musical voyage of Edelle McMahon first began in County Monaghan, in the Republic of Ireland. Starting young, it was through the hugely popular Sean Nós channel that Edelle entered into the world of child stardom, continuing on and reaching great success in Irish folk and traditional music, a current which has continued to the present day. For the past several years, Edelle has been a performing member of Belfast’s country rockers ‘Jackson Cage’ and more recently joined forces with studio-only based ‘The Badhearts’ who are due to release their first single together in early 2015. Along with being a familiar face on the gigging circuit, Edelle is one of the organisers of popular Belfast acoustic showcase, ‘The Lagan Sessions’.

Recently released and aptly named “Belle Curve” is her cleverly worded début solo single. Its origins stem from a retaliation to a good friend, who themselves had composed a comedic and banter filled song referring to the singer songwriters relationship status. What began as a witty and humorous idea, had now started to venture and take itself into darker waters. In the lyrics Edelle found herself reflecting on the lonelier side of being single. Originally intended as a guitar and vocal number, for the singles production, Mark Donaldson had the creative idea for the song to open up with piano and include string arrangements, thankfully this was hugely to Edelle’s liking and approval. Providing the perfect backdrop for “Belle Curve” is a stunning and picturesque video which was filmed on Canada’s Prince Edward Island by Richard Brennan.

It was back in May of this year when I first became aware of Edelle McMahon. Along with a feast of other respected Belfast-based musicians, Edelle’s jaw-dropping performance of “Demeanour” (co-written with Jim Johnston), was a part of a hugely successful project called “Eastside Sessions”, I fortunately have the DVD (you can watch it from youtube link below). Edelle McMahon has a pretty interesting and bulging itinerary ahead, now treading new waters and in the process of recording her début solo album, also due for release in 2015.  It is with great exclusiveness and much excitement I can reveal “Demeanour” will be featured on this. I have also included the links for Facebook, twitter and her SoundCloud where you can listen to more from her unreleased songbook, “Pilgrimsville” and “Ships Will Sail” are particular favourites of mine. Joe”.