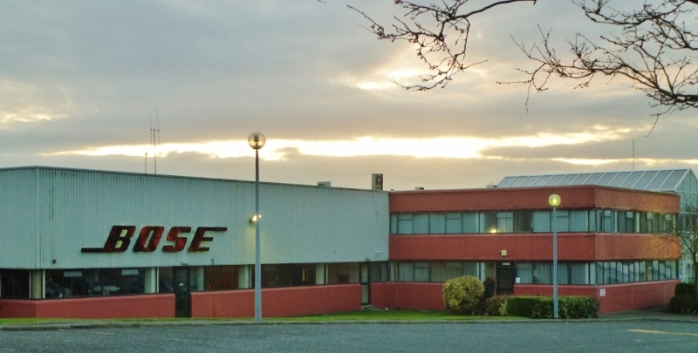 Super Junior Minister for Business and Enterprise Ged Nash TD issued the following response on behalf of the government to the news that the BOSE plant in Carrickmacross is to be shut down with the loss of 140 jobs.

“My thoughts are with the workers at Bose and their families  following the regrettable announcement by the company that it will cease operations at its Carrickmacross facility in April.

All the supports of the State will be made available to all of the workers affected by this situation. Despite the much improved news on the job creation front in this country the situation faced by Bose is a reminder that the fight to sustain and win new jobs is a continuous one and the challenge to maintain our attractiveness for investment in an increasingly competitive market is a challenge we must take on each day.

I personally will be following up with our State Agencies including the IDA and Enterprise Ireland to pursue other job creation opportunities in the Carrickmacross area and across the North East region. The IDA is currently contacting their network of offices worldwide to try to find a suitable company to invest in the region and take on this highly skilled workforce.”

Following the announcement the President of Carrickmacross Chamber of Commerce Jim Hand called on the government to find new jobs for the area.

Fianna Fáil TD for Cavan-Monaghan Brendan Smith expressed his serious disappointment following the announcement by BOSE. Mr Smith said “this is a terrible loss to the 140 employees, their families and indeed the local community.  BOSE has been a significant employer in the town for almost 4 decades and the effects of the closure will be felt across the county.  Many of the workers have been there for more than 30 years and have built up extensive skills and experience.” 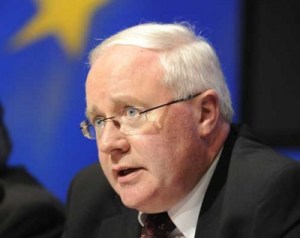 “This Government repeatedly claims that jobs are its number one priority.  However, the border region has been left out of the frame, with few investment opportunities emerging.   In fact last year there were no IDA sponsored visits to sites in Monaghan; a further indication of the Government’s lack of interest in the county.”

“The Minister for Jobs Richard Bruton TD must step up to the mark and ensure that the Government’s dismal record on investment in Monaghan is reversed.  I am urging him to intervene, along with the State’s Industrial Promotion Agencies to engage in immediate discussions with the BOSE Corporation and press strongly for the retention of these jobs in Carrickmacross.”

The statement issued by a Dublin PR company on behalf of BOSE is as follows:-

“Bose Corporation has announced it will be consolidating its wholly-owned manufacturing operations, closing its facilities in Columbia, South Carolina, and Carrickmacross, Ireland, to streamline the company’s global supply chain. Operations in South Carolina will continue until September 2015; operations in Ireland will continue until April 2015. During that time, both workforces will be reduced, and work will transfer to other Bose facilities around the world with duplicative capabilities.

The Columbia, South Carolina facility opened in 1996 and currently has approximately 300 Bose employees. It houses a North American distribution/repair center, and does sub- and final-assembly for some headsets, and some remanufacturing for the region. A final decision on a new location for distribution/repair has not yet been made; other operations will transfer to Bose facilities in Arizona and Mexico. All jobs at the Bose South Carolina campus will be eliminated.

The Carrickmacross, Ireland facility opened in 1978 and currently has approximately 140 Bose employees. It provides final assembly for select home theater systems and Wave® radios for the European market, and some remanufacturing for the region. Operations will transfer to Bose facilities in Malaysia and Mexico. All work will cease at the Bose Ireland facility. Impacted employees have been informed, and all employees who lose their jobs based on these actions will receive outplacement services and severance support.

‘Our rapid global growth requires us to keep pace with our customers, dealers, distributors, resellers and stores, and serve them as efficiently as possible,’ said Bryan Fontaine, executive vice president of global operations and corporate development engineering. ‘But these are still difficult decisions because they impact our very capable teams in South Carolina and Ireland. We thank all of them for their dedication, and we thank the communities of Columbia and Carrickmacross for their years of support.’ “