Having contributed the lead story in today’s Northern Standard Thursday 29th January about the suddenly announced the closure of the Bose factory, I also filled three pages with Carrickmacross News. 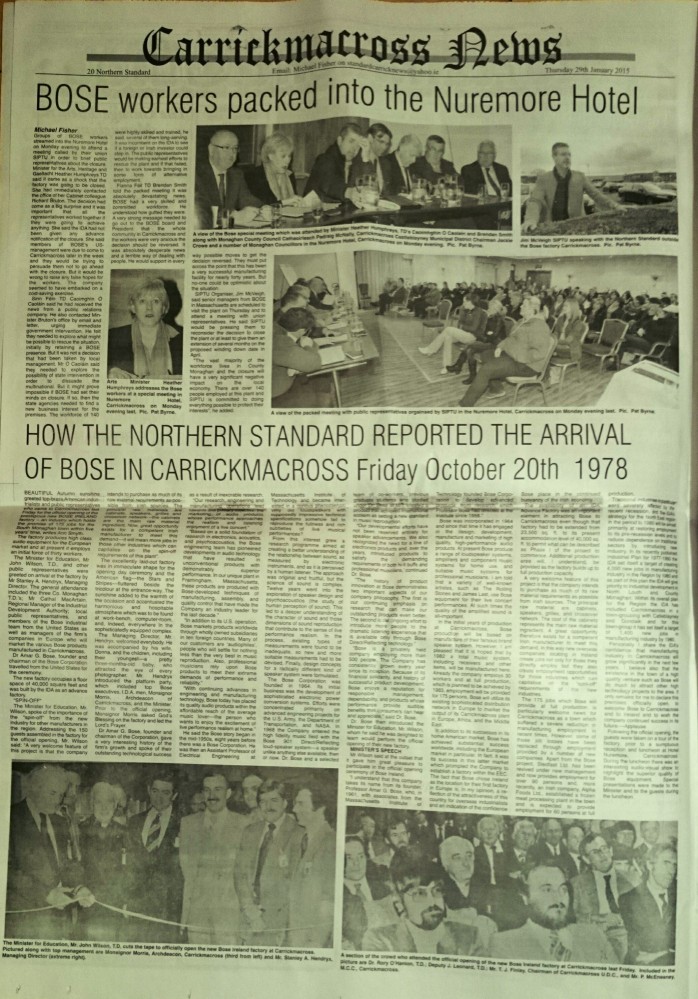 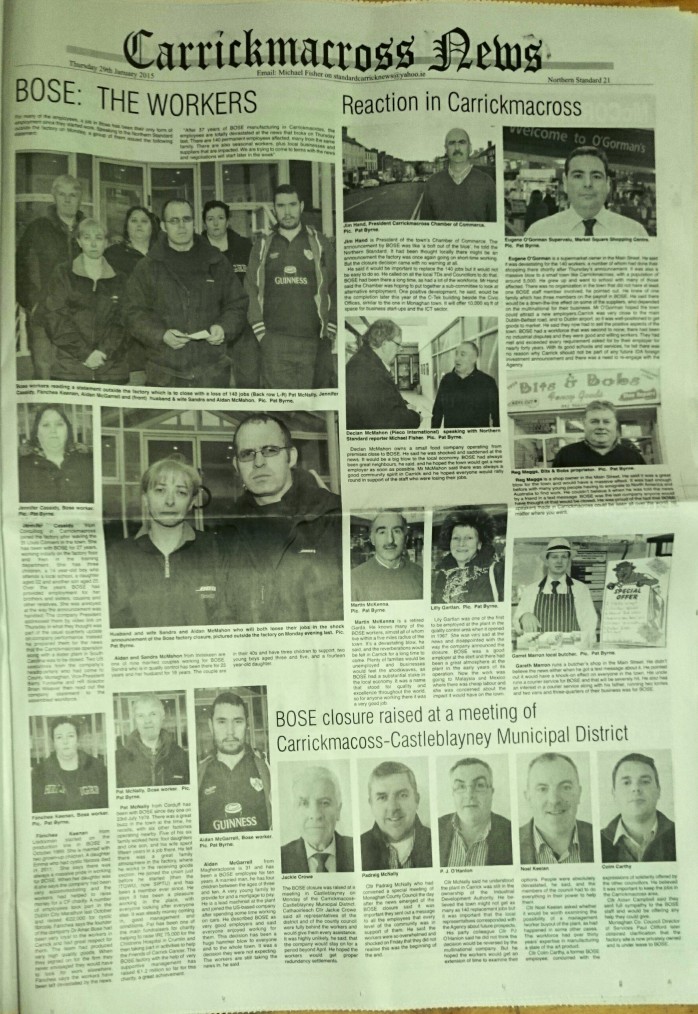 I enjoyed dipping into the archives to be shown the copy of the paper in October 1978 in which the official opening of the Bose factory was featured. It was carried out by my former Latin teacher (1967-69) the late John Wilson TD, then Minister for Education. The plant was blessed by Archdeacon Morris of Carrickmacross. Two TDs at the time Dr Rory O’ Hanlon and Jimmy Leonard are now retired. 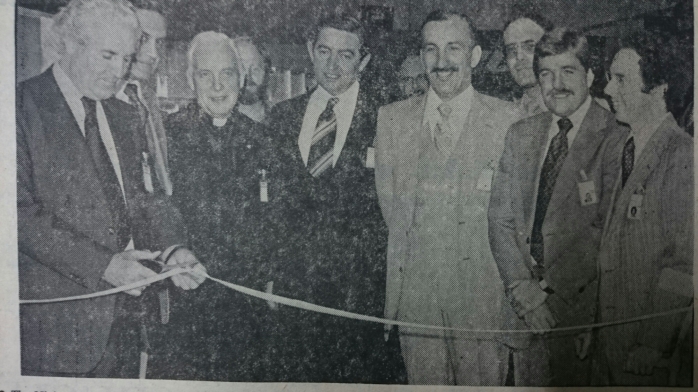 The 150 guests were taken on a tour of the factory, “prior to a sumptuous reception and luncheon at Hotel Nuremore, Carrickmacross”.