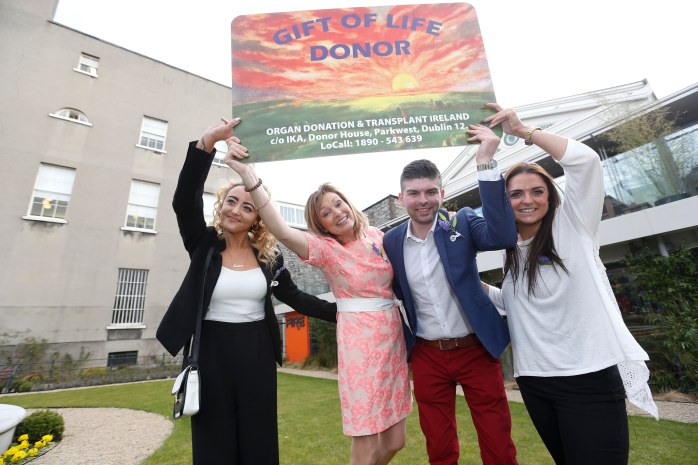 UCD law student Kevin Hickey, aged 22, from the Cootehill Road in Monaghan is among 3000 people in Ireland enjoying extended life as a result of organ transplantation. This is his story:

Born with a crippling defect in my heart muscle, I was gravely ill as a baby and under the care of Our Lady’s Children’s Hospital in Crumlin. Following a relative stabilisation of my condition, I went on to live what I believed was a relatively normal, healthy existence. However, in January of 2014 my health nosedived. I presented myself to hospital in late January of that year and didn’t emerge from inpatient care until mid-April, by which time I had received a heart transplant at the Mater Hospital in Dublin.

My end-stage deterioration was swift and brutal, culminating in exhaustion and my heart being unable to function to any satisfactory degree without the assistance of invasive devices. So grave was my position that, by late February, I was placed on the waiting list for a transplant. My decline continued rather swiftly from that point forth, incorporating blood clots amongst other hugely painful events.

My survival chances were grim with medical thinking being that, without a transplant, my life expectancy was abysmal – less than 50% chance of lasting a year and less than 5% likelihood of making it to 27 years of age.

In late March, just as my condition was at an extremely low point, I received word from the wonderful Transplant Team in the Mater Hospital that a heart might be available. Following an excruciating wait one Saturday evening, including a battery of tests, it was agreed that the heart was a match. The operation could go ahead.

In the absence of organ donation, I would most likely not be here today. Not only would my existence be unlikely, it is unquestionable that my standard of living has improved immensely. I feel better now than I have done my entire life – a sense of energy that I never enjoyed with my old heart.

Organ donation has provided me with the gift of life, as it has done for many others. What we must do now is encourage the message of its merits to be spread. It is truly the most generous thing a person can possibly do – whether said person is a loved one agreeing that the organs of a clinically dead loved-one be donated or the extremely selfless act that is living organ donation.

The gift of life is something that is required all too often. Even in our locality at present, there is a beautiful baby from Corcaghan under the care of Our Lady’s Hospital as she awaits a life saving heart transplant.

I cannot begin to thank all of the people in my life who have assisted me over this period, ranging from my wonderful family and friends to the fantastic medical staff in the Mater Hospital, Dublin. Of course, it is to the donor family whom I will never know that I must express the greatest gratitude.

Kevin Hickey attended the launch of Organ Donor Awareness Week by the Minister for Health Leo Varadkar T.D. at the Mansion House in Dublin on Monday. A life saving awareness campaign organised by the Irish Kidney Association will begin on Saturday and continues until 4th April. During the week IKA volunteers will be distributing organ donor cards and selling ‘forget-me-not flower’ emblems in towns and villages throughout the country.

In his address at the national launch, Mr Varadkar said, “an organ transplant can make an enormous difference to a patient, and to the lives of those around them. That’s why Organ Donor Awareness Week is an important annual event. Although Ireland has a reasonable strong record on organ donation, I would like to see our rates rise to levels seen in other European countries. In 2014 the number of deceased donors was lower than in 2013, but we performed well in terms of maximising the number of organs that were transplanted. A total of 251 transplants were performed thanks to the generosity of 63 deceased donors and 40 living donors. Last year I launched a new scheme to reimburse the expenses of living donors. And additional funding of almost €3m has been provided to the HSE’s Organ Donation and Transplant Office to develop the most appropriate infrastructure for organ donation and transplantation. This includes for 19 whole-time-equivalent staff dedicated to organ donation and transplantation across the country”. 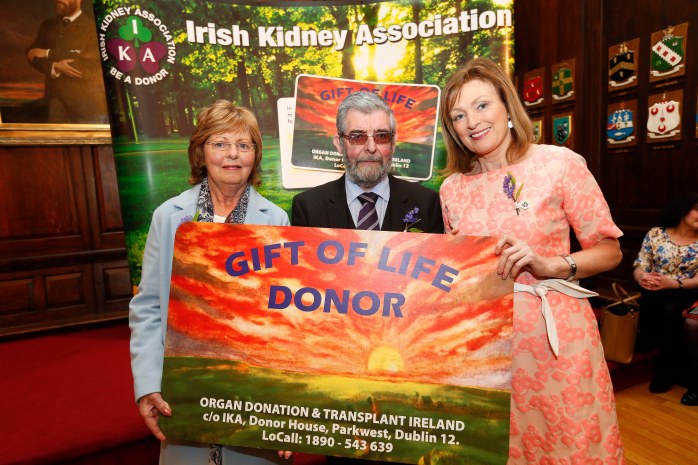