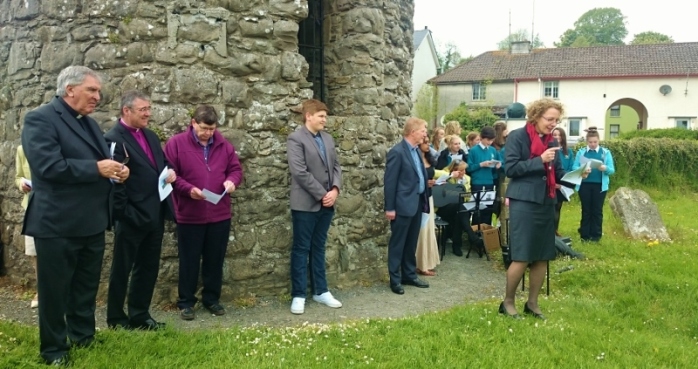 They set off from St Macartan’s Cathedral in Monaghan early on Sunday morning. A small group of pilgrims on a “spiritual footsteps” walk. Others walked from the Church of Ireland in Ballybay. At Newbliss they had refreshments at the Presbyterian church hall, before resuming their journey on foot to Clones.

The walk was organised by the Knights of St Columbanus to mark the 1400th anniversary of the death of the saint. The pilgrims were joined by a group of around 100 others at the historic Round Tower site, connected with St Tiernach, who founded a monastery there in the sixth century.

It was a fitting location for the annual ecumenical prayer service organised by the Catholic and Protestant dioceses of Clogher to mark Pentecost Sunday. Previous settings have included Devenish Island, Lisnaskea, Errigal Truagh, Glaslough and Inniskeen, all connected with the development of Christianity in Ireland.

The service was introduced by the Archdeacon of Clogher and Rector of the Clones group of parishes, Canon Helene Steed. The opening hymn was Amazing Grace. The singing and music was led by students from Largy College in Clones. The Catholic Bishop of Clogher Dr Liam MacDaid and his Church of Ireland counterpart Right Reverend John McDowell participated in the prayers and readings from scripture. The Parish Priest of Clones Fr Dick Mohan read from St Columbanus on “Cultivating Virtue”.

Two students from Largy College, Christy Biji (fifth year) and Harry Cleary (second year) gave reflections on what their faith meant. Following the prayers of intercession and the Lord’s Prayer, the choir sang “Walk in the Light” to bring the service to a conclusion. This was followed by a talk on Saint Columbanus by Fr Billy Swan CC, St Aidan’s Cathedral, Enniscorthy.

He described how in 615 this much revered and travelled Irishman passed away at Bobbio in Italy, far away from the place of his birth along the Carlow/Wexford border in 543. Having studied for years on the beautiful Cleenish Island on Lough Erne, St. Columbanus made his way to Bangor Abbey in Co. Down where he lived as an Abbot under the guidance of St. Comgall. It was in 583, at the then relatively old age of 40 years, that St. Columbanus set out, along with twelve companions, to spread the Christian message across extensive parts of Europe. Fr Swan said the example of Columbanus showed the importance of the need for renewal in people’s faith. Refreshments were served afterwards at the Cassandra Hand centre. 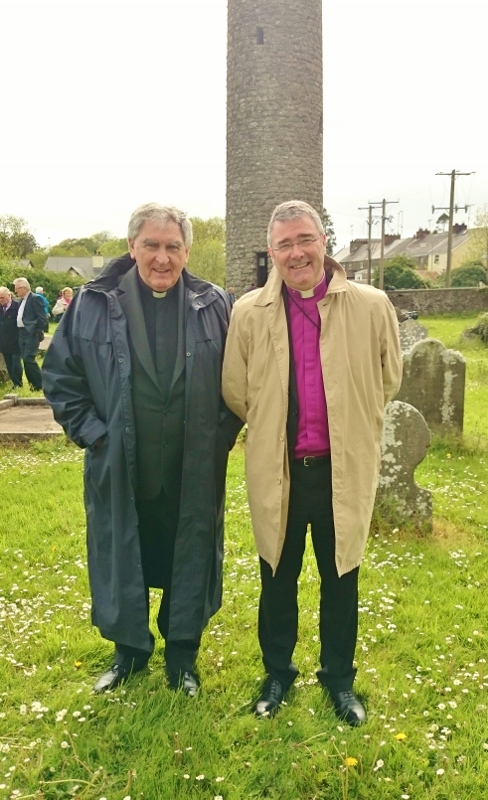