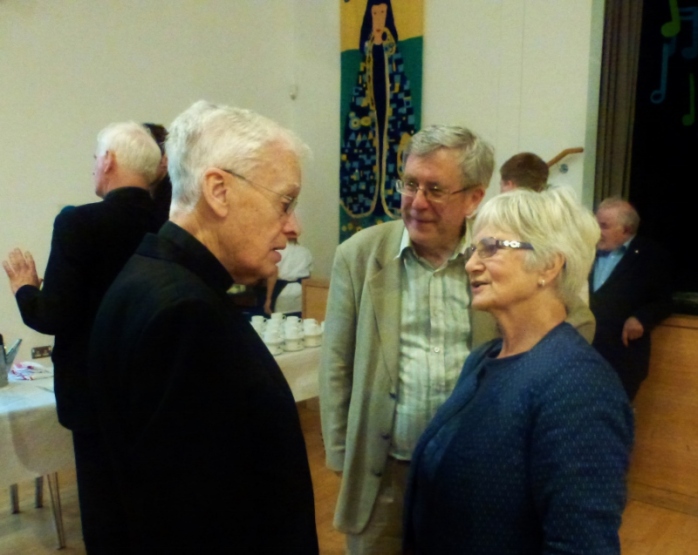 Since his early retirement from the diocese of Clogher on health grounds, Inniskeen native Canon Brian McCluskey has been living in Belfast with his sister Maire. Now in his 80th year, he has been an assistant priest in St Brigid’s parish in the Malone Road area of the city. He recently returned from a visit to Rome to celebrate the 55th anniversary of his ordination. The highlight of his return to Italy was to participate in a private Mass at the Vatican concelebrated by Pope Francis. They were joined by five other priests who were clerical students with Canon Brian at the Pontifical Irish College in Rome in 1960. The other members of the group included Monsignor Ambrose Macaulay from Cushendall, a former Parish Priest in St Brigid’s.

His successor Fr Eddie O’Donnell PP organised a celebration for Canon McCluskey. They concelebrated the normal Friday evening Mass and then went to the adjoining Parish Hall for a party that included an anniversary cake. 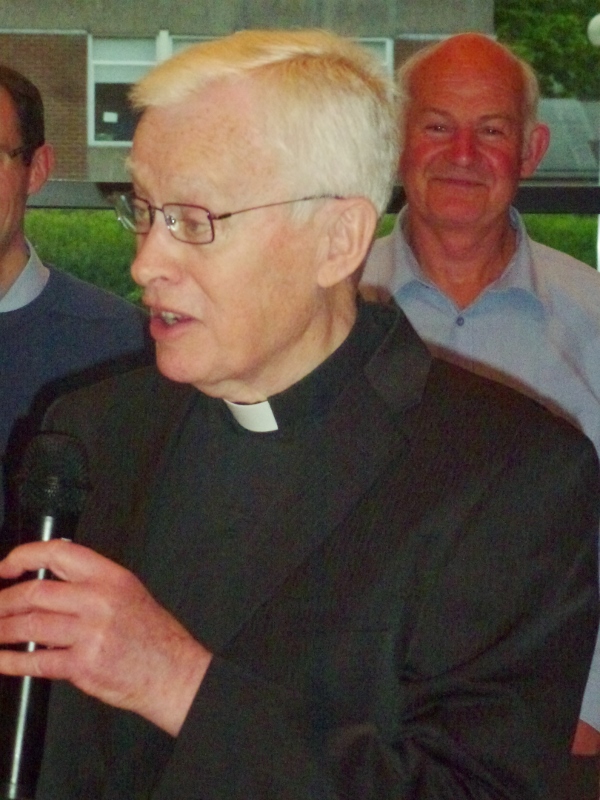 Canon Brian McCluskey at the celebration marking his 55th anniversary as a priest. Photo: © Michael Fisher

Fr O’Donnell said the Feast of the Sacred Heart was a beautiful day on which to mark Canon McCluskey’s 55 years as a priest. He said the Monaghan clergyman’s resignation from the post in Roslea had come at a difficult time in his life. But rather than being an end to his ministry, it was a new beginning when he came to Belfast. There was a lesson there for all of us: as one door closed, God opens another. He thanked Canon McCluskey for his friendship and for all he had done for the parish. He wished him well for many years to come or as the Latin phrase put it, ‘ad multos annos’.

The Bishop of Down and Connor, Dr Noel Treanor from Tyholland, added his warm congratulations to his fellow Monaghan native. He gave thanks for the inspiration Canon McCluskey had been to other priests in the diocese and before that in Clogher diocese. “May God bless you”, he said.

Bishop of Down and Connor, Dr Noel Treanor with Canon Brian McCluskey, who was presented with an embroidered copy of a Patrick Kavanagh poem about Inniskeen. Photo: © Michael Fisher

Canon Brian said during his time in various parishes he had always enjoyed being part of the GAA family, especially in County Monaghan. He even wore a Monaghan GAA scarf as he blew out the candles on the cake! 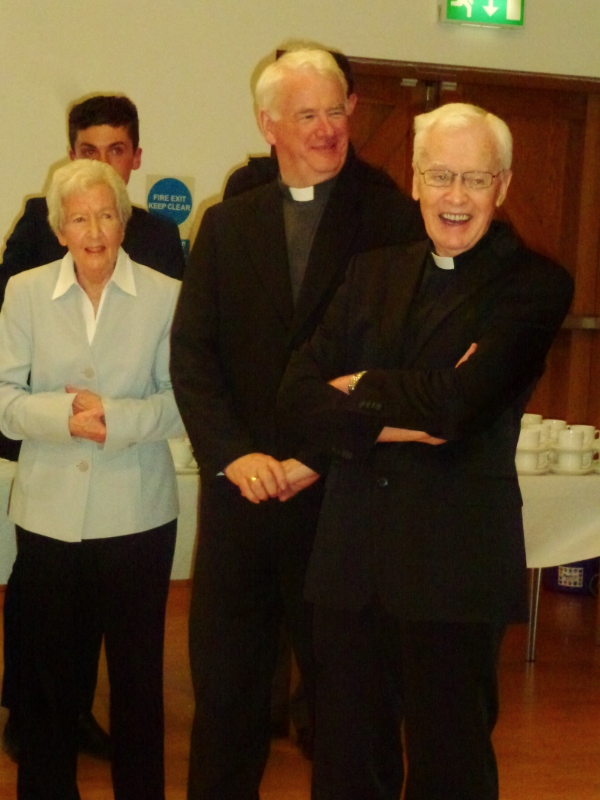 Canon McCluskey comes from Blackstaff in Inniskeen. The poet Patrick Kavanagh was a near neighbour. It was therefore very appropriate that Fr O’Donnell presented him with an embroidered and framed copy of Kavanagh’s poem, ‘Inniskeen Road: July evening’. Canon McCluskey is a former pupil of St Macartan’s College in Monaghan. After his ordination, he served as a curate in his home parish of Inniskeen from 1977 to 1983. He was a parish priest in Threemilehouse and later Roslea, during the troubles in the North. 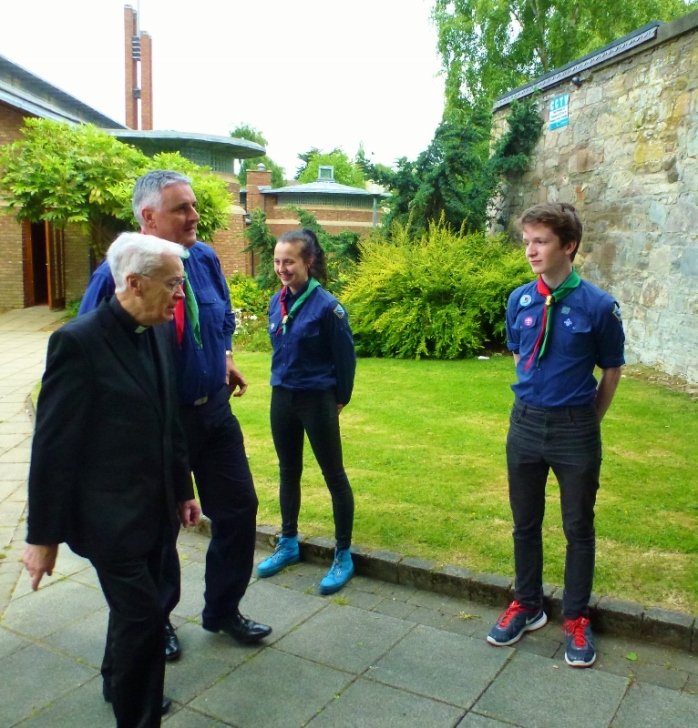 He has met three canonised saints, including St Padre Pio and St John XXIII whom he visited while studying for the priesthood in Rome in the 1950s. He met another future saint, St John Paul II, on the occasion of his Silver Jubilee in 1985.