It will be a busy couple of weeks in Tydavnet, County Monaghan at the start of August. A village jamboree has been organised for the weekend of August 7th-9th. The following weekend the Tydavnet Show takes place at Drumshevra, Scotstown, on Saturday 15th August.

The jamboree programme was launched tonight at the Community Centre by the Monaghan Rose, Michelle Caulfield from Iterera, Scotstown. Michelle won the Monaghan selection in April and was then one of seven Irish roses chosen to represent different counties at a selection night in Portlaoise at the end of May. She is the oldest of four children and is a junior infants teacher at a national school in Palmerstown, County Dublin.

Michelle told me she would be at the jamboree on Saturday 8th August. But the next day she will travel down to County Kerry as the roses have to be in Tralee a week before the festival starts on August 14th.

One the Rose of Tralee website Michelle tells us that she moved home to Monaghan this year so she commutes to Dublin each day, but living with her family again and of course Mammy’s home cooking makes the drive worth every minute! She says she knew from a very young age that she really enjoyed working with children and youth work is a huge part of my life. Her involvement with Rainbows Ireland and Focus Ireland has allowed her to meet the most inspirational children.

The 27 year-old says she absolutely loves to travel and has spent summers in California, Miami and Thailand. She has a great interest in fashion and admits she loves to shop a little too much. Her pride and joy is her small poodle-like dog, Holly, and she loves their walks together in the beautiful local parks in Monaghan.

Michelle says she is honoured and proud to be representing the ‘Farney County’ this year and knows this is going to be an unforgettable year of new experiences, new friendships and making a difference. 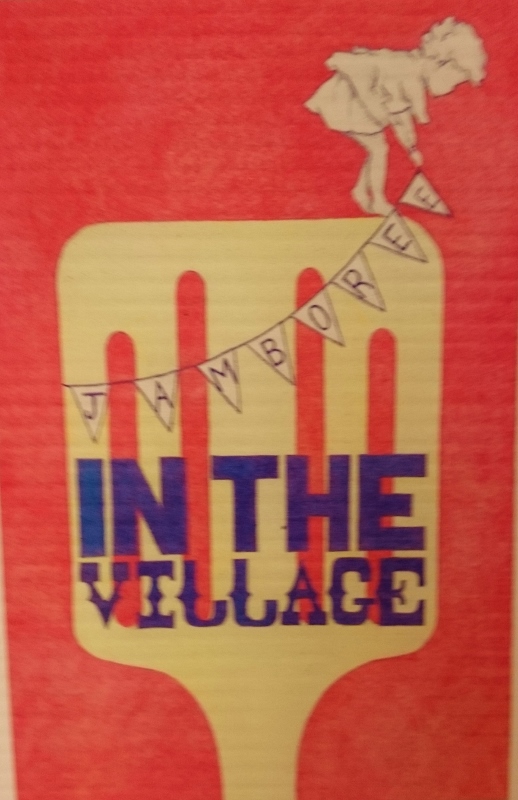 The jamboree logo was designed by Texaco Children’s Art overall winner Frances Treanor from Drumdart and her sister Maeve, both of them art students in Dublin. It features on the roadside posters for the event and will be used in all publicity. 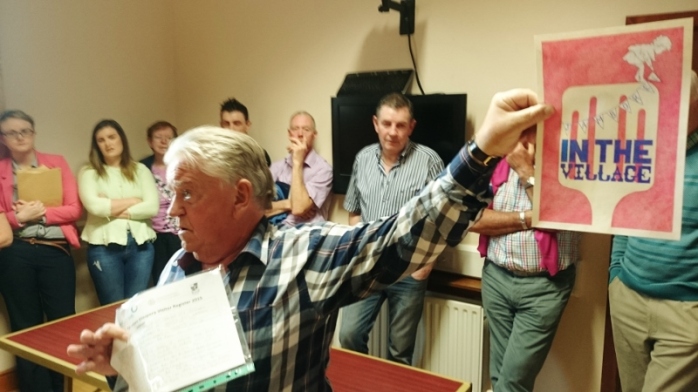 The launch was compered by actor and local resident Pat Deery. It was also attended by Sean McCaffrey of Northern Sound and Peadar McMahon of emyvale.net. Further details will also be found on the tydavnet.com website.

Secretary of the Tydavnet Jamboree committee Seamus McCarville said they had organised a number of activities to appeal to all ages. He hoped there would be an influx of visitors to Tydavnet for the event, including local people who had emigrated to Australia, the USA and Canada.

On the Friday night 7th August the jamboree will begin with the showing of films of local scenes made in the 1950s by the late Parish Priest of Tydavnet, Canon Terence Kirke, from 9pm until midnight in the community centre, with a dance. Saturday afternoon and evening will include a BBQ with mystery entertainment and dancing. Seamus McElwain could not be persuaded to divulge further information! There will be a treasure hunt at 5pm. The day will also feature celebrations in honour of Killylough Tug o’ War, who enjoyed world and European successes in 1986 and 1987, as well as 1996 and also later on in 2007. After forty years of success it was decided that their achievements should be recognised through this community event.

Killylough Cycling Club will organise a 50km and 100km cycle run on Sunday 9th August, beginning at 10am. There will be a tractor run at 2pm and a family fun day in the field opposite the community centre organised by young people from 2pm to 6pm, including the search for Tydavnet’s toughest tribe. This will see McCruddens testing their skills against McCarras, Meehans and Murphys, and possibly several other families. A very promising and lively programme for the jamboree weekend.