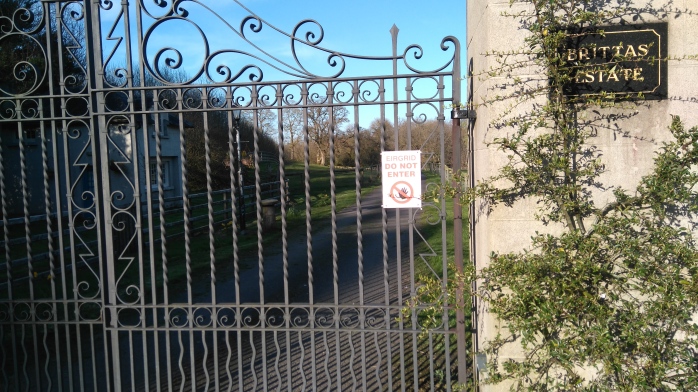 This section was devoted to specific landowner and public issues from Co. Meath and around Kingscourt Co. Cavan

On behalf of the Brittas estate near Nobber in Co. Meath, Michael O’Donnell BL said the proposed line, which would cross one of the main entrance roads to the historic house, close to an occupied gate lodge, amounted to sheer devastation. He referred to the inadequacy of the EirGrid documentation and said it was not acceptable under Irish planning law or EU rules. The company was treating the public with a level of contempt, he said.

Mr O’Donnell pointed out that Brittas was a protected structure equal to any other great Irish house such as Castletown, Carton or Russborough. Every structure in the demesne had the same status. It was the oldest unfortified and continuously occupied residence in the country dating back to the early 17th century. It was an extraordinarily important piece of landscape with its own eco system. It was about to be devastated by a 400kV line traversing it, going through a section of mature woodland that would have to be removed.