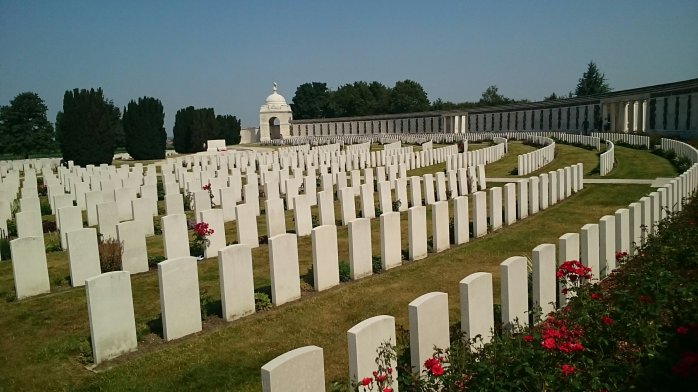 Tyne Cot Memorial bears the names of some 35,000 men of the British and New Zealand forces who have no known grave, nearly all of whom died between August 1917 and November 1918. This area on the Western Front was the scene of the Third Battle of Ypres, also known as the Battle of Passchendaele. It was one of the major battles of the First World War. 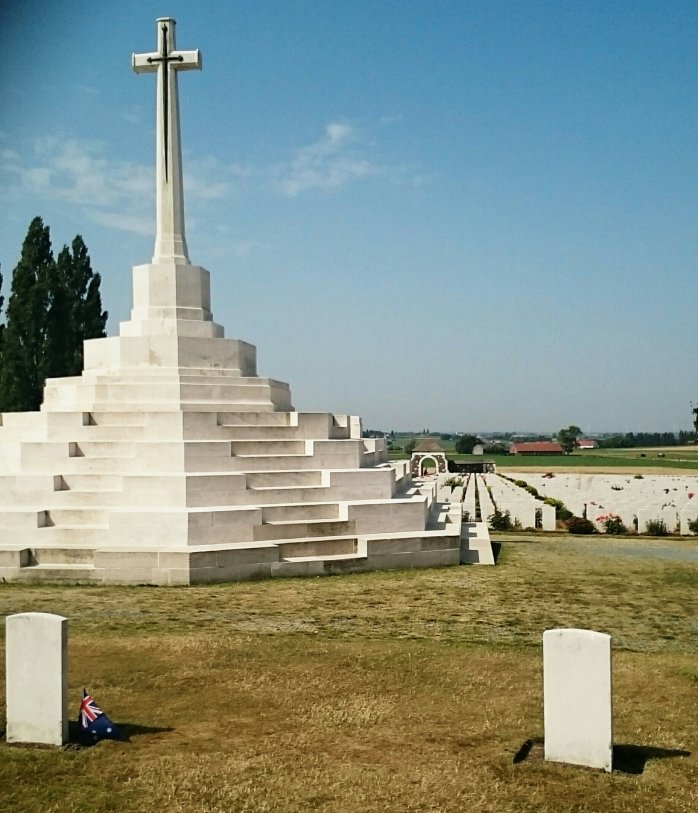 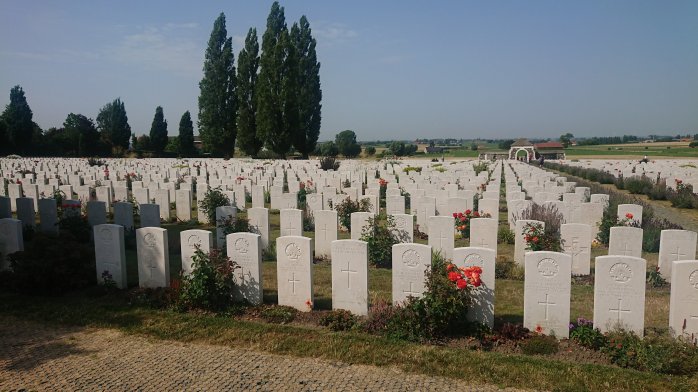 The memorial is a semi-circular flint wall 4.25 metres high and more than 150 metres long, faced with panels of Portland stone. There are three apses and two rotundas. The central apse forms the New Zealand Memorial and the other two, as well as the rotundas and the wall itself, carry the names of United Kingdom dead.

Two domed arched pavilions mark the ends of the main wall, each dome being surmounted by a winged female figure with head bowed over a wreath. The following inscription is carved on the frieze above the panels which contain the names:

1914 – HERE ARE RECORDED THE NAMES OF OFFICERS AND MEN OF THE ARMIES OF THE BRITISH EMPIRE WHO FELL IN YPRES SALIENT, BUT TO WHOM THE FORTUNE OF WAR DENIED THE KNOWN AND HONOURED BURIAL GIVEN TO THEIR COMRADES IN DEATH – 1918

At each corner of the structure there are carved wreaths. Atop each of the pavilions is a winged figure in grief surmounting a globe. The globe itself is ringed with symbols including a Fleur-de-Lys, a shamrock, an anchor, a rose, an eagle and an oak leaf.

The sculptors Ferdinand Victor Blundstone and Joseph Armitage were commissioned to work with Baker on the memorial. Blundstone carved the angels surmounting the chapels and record building, and Armitage did the wreaths carried by the angels. There was concern about the fragile state of the sculptures and Blundstone arranged for them to be completed from a scaffold after they were hoisted into place. 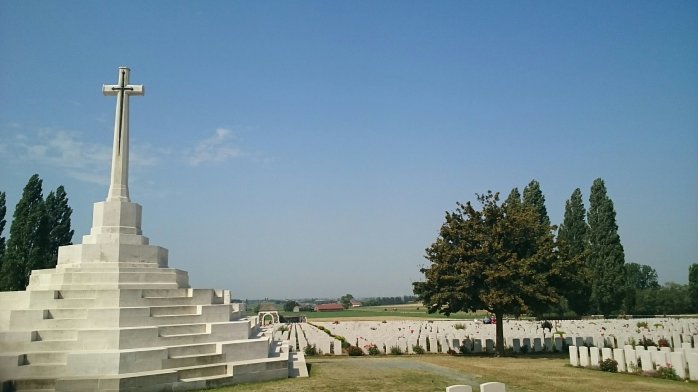