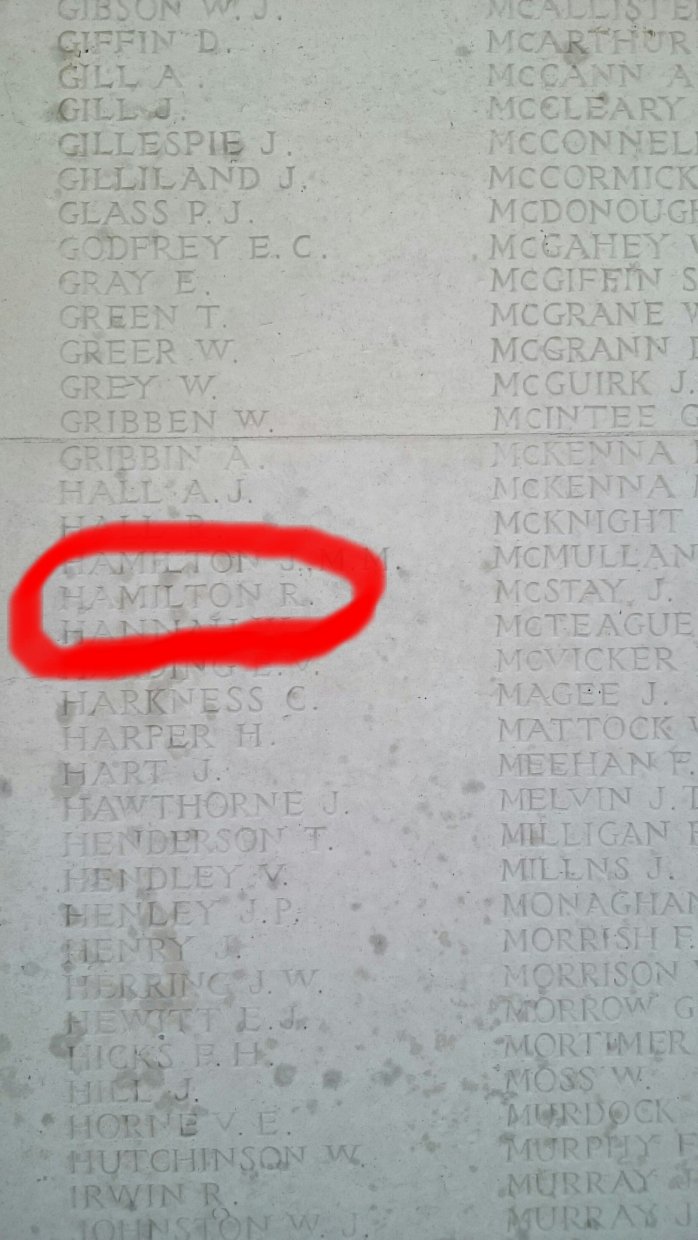 Name of Hamilton R. (Private) on panel 141 at Tyne Cot memorial. Our group visited the CWGC cemetery on July 25th 2019.

Pointing to the name of Pte Robert Hamilton

The panel with names of soldiers from the Royal Irish Fusiliers

Private Robert Hamilton enlisted in Monaghan town in the Royal Irish Fusiliers (the ‘Faugh-a-Ballaghs’) when a recruitment party came to town in March 1915. He fought at the Battle of the Somme in July 1916 and was invalided at some stage so he would have returned home to Kilmore East. He left Ballinode on Easter Saturday at the end of March 1918 and returned to his unit on the western front in France, only to be killed in action three weeks later.

Private Robert Hamilton picture from The Northern Standard April 1918
There is also a plaque in his memory in St Dympna’s Church of Ireland church, Ballinode which has provided the springboard for a talk I gave to Tydavnet Historical Society on Friday 21st November 2014 in Ballinode. The talk would not have been possible without the research and interest shown by Marie McKenna and two distant Hamilton relations Ruby Heasty and Heather Stirratt and I acknowledge their assistance.