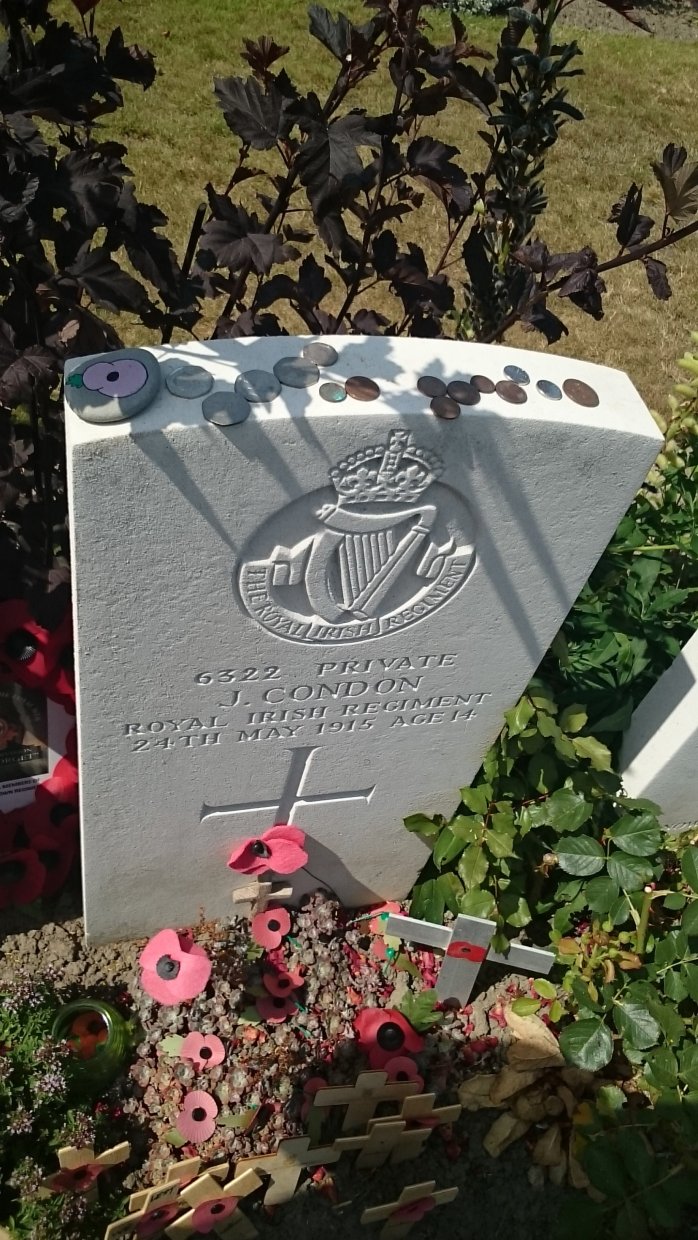 The youngest soldier to be killed in the Great War of 1914-18 was 2622 Private John Condon, of the 2nd Battalion Royal Irish Regiment and came from Waterford in Ireland. Like a quarter of a million other boy soldiers from all over Ireland and Great Britain, John was underage. He arrived at the Western Front in March 1915 and two short months later he was dead. Killed in a German Gas attack at a place called Mouse Trap Farm near Ypres, Belgium on the 24th of May, a day they say when a greenish yellow mist crept from the German lines with deadly poison. John’s grave is in Poelkapelle Military Cemetery (CWGC) and is now reputedly the most visited grave on the entire Western Front for obvious reasons. There, amongst thousands of white headstones, there is usually an array of poppies, flags and wooden crosses around the final resting place of young John Condon and a gravestone that says it all. 6322 Private John Condon 24th May 1915 Age 14. 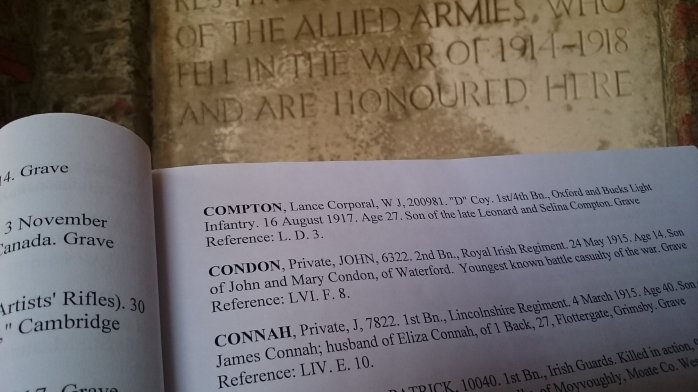 CWGC memorial book at the cemetery