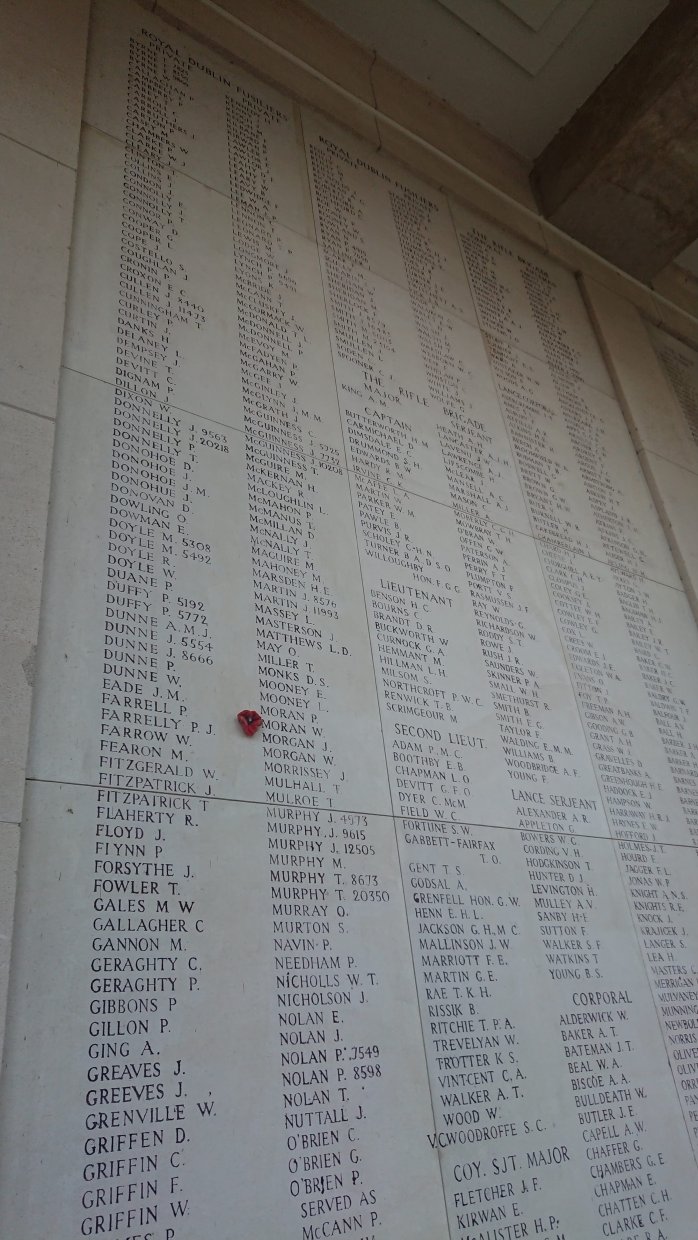 Names of soldiers who died in Flanders around the Ieper area whose remains were never identified. They are inscribed on the panels of the impressive Menin Gate CWGC memorial. 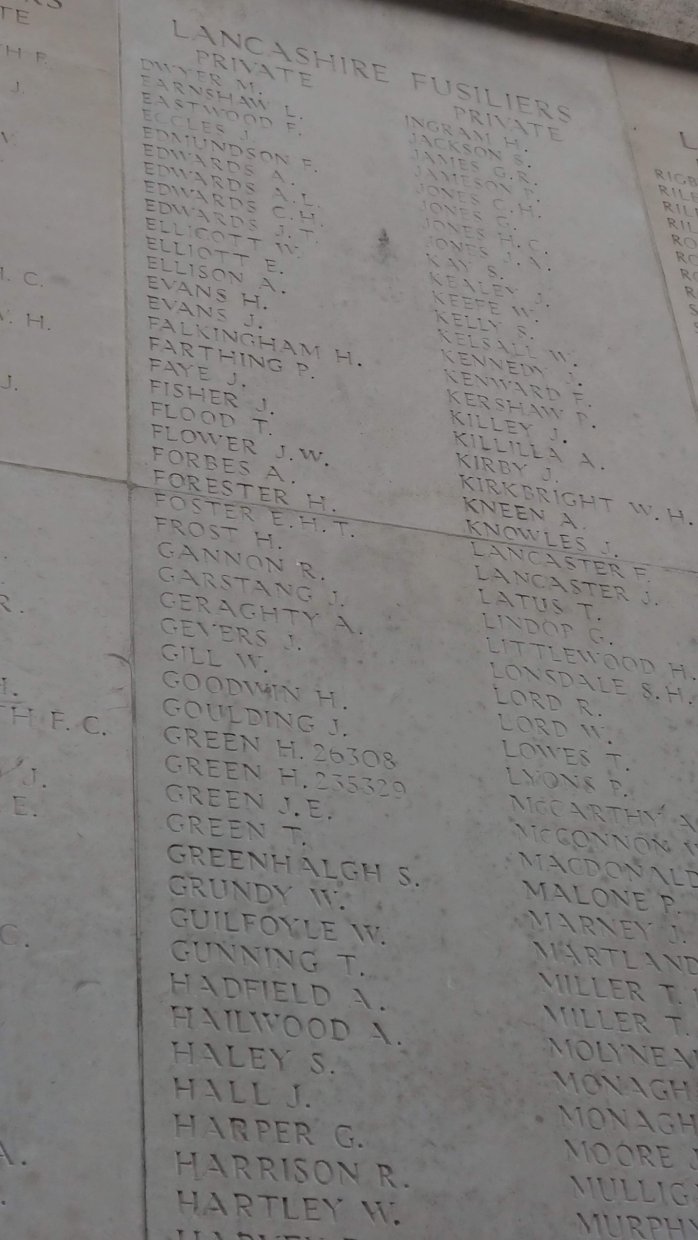 Lancashire Fusiliers including a Fisher J. (no relation)

Names of soldiers in the Royal Dublin Fusiliers

Members of the Royal Scots Fusiliers 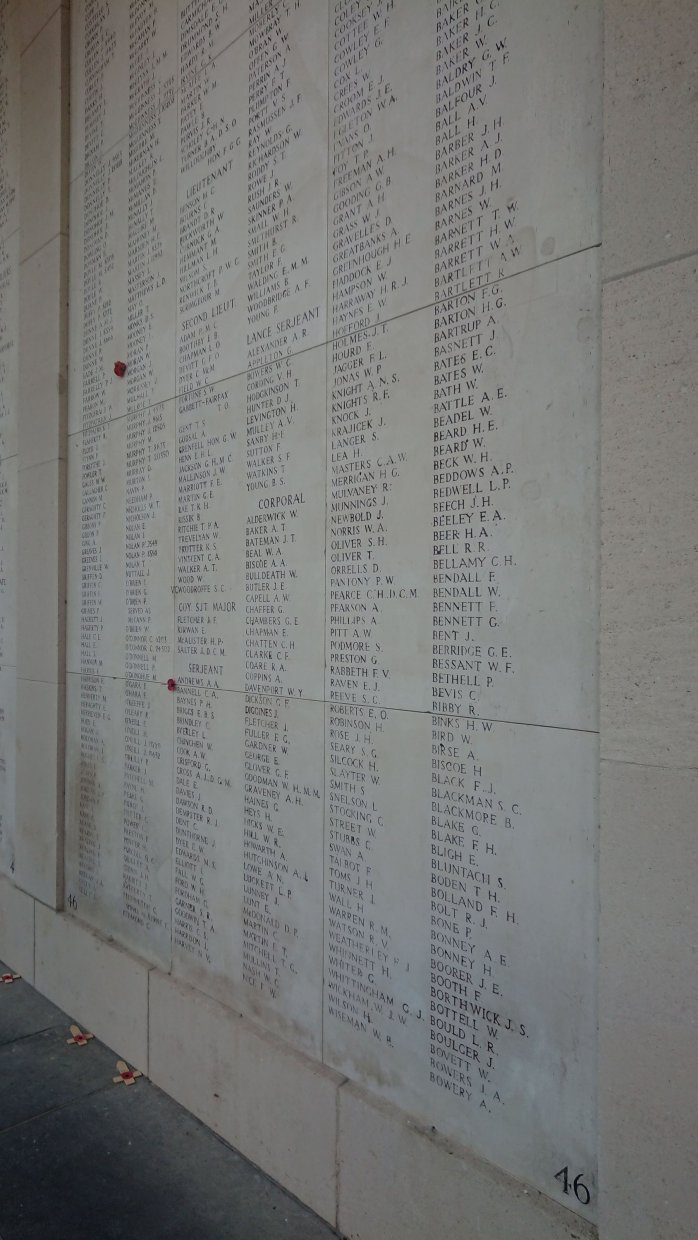 Panel for The Rifle Brigade 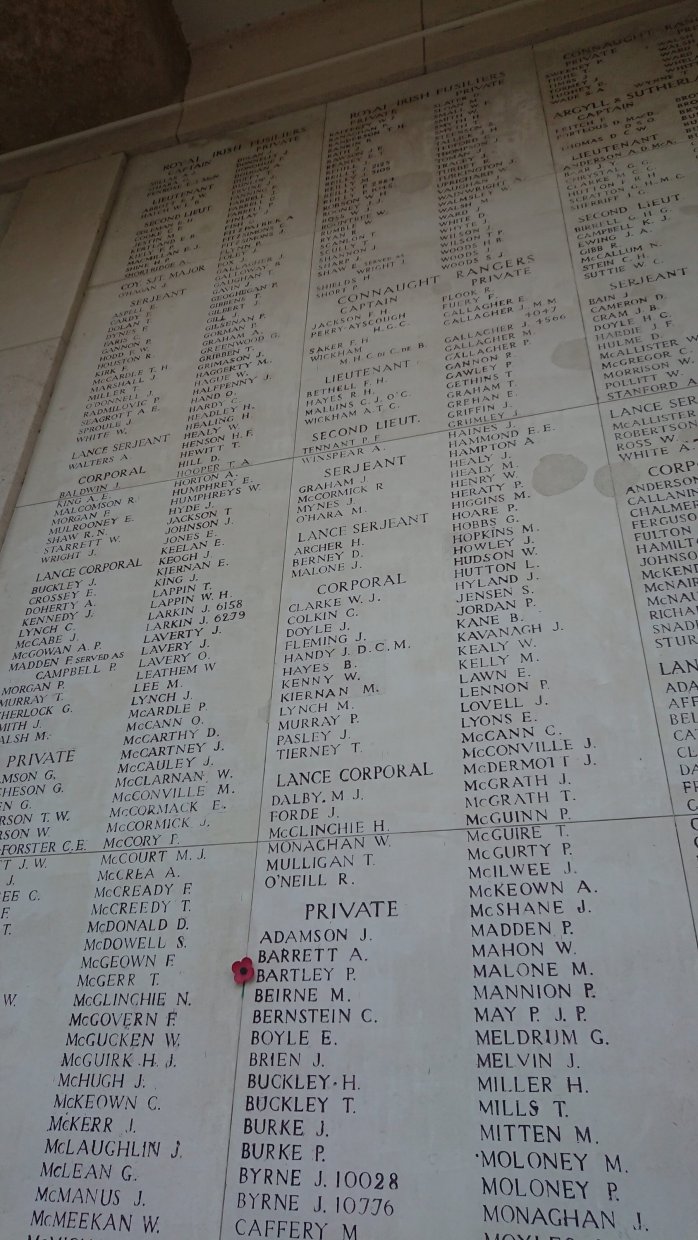 Names of the Connaught Rangers who died Panel 42 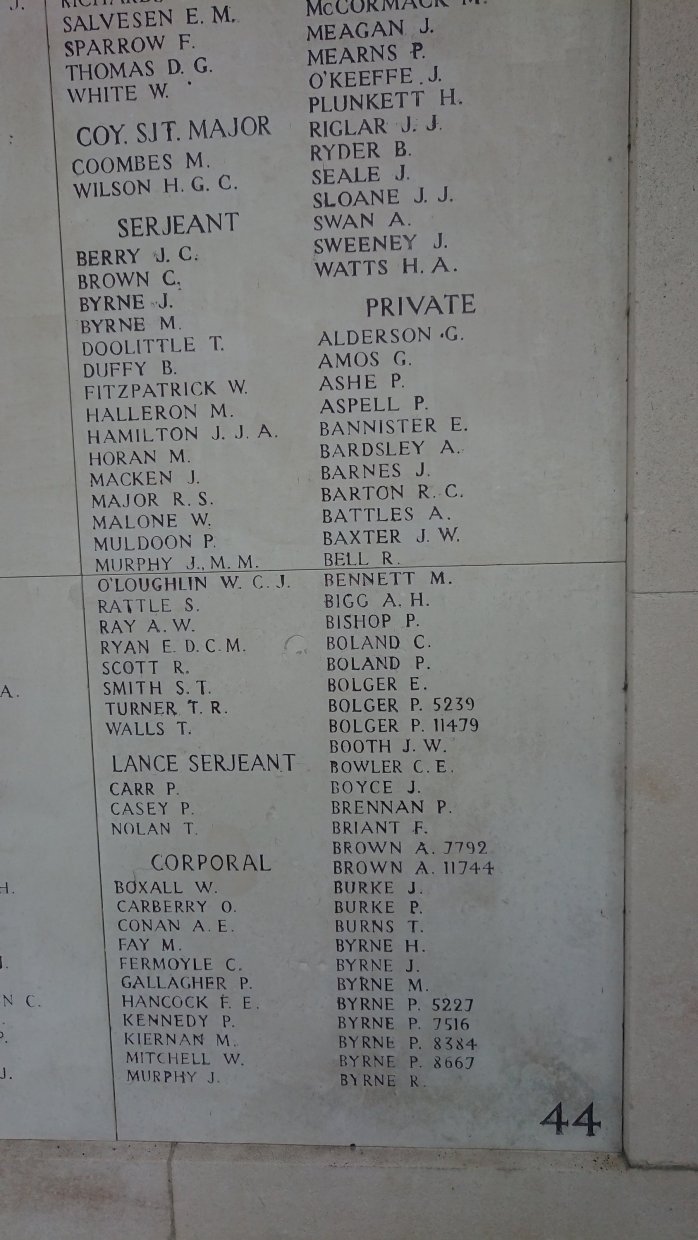 Panel 44 for the Royal Dublin Fusiliers