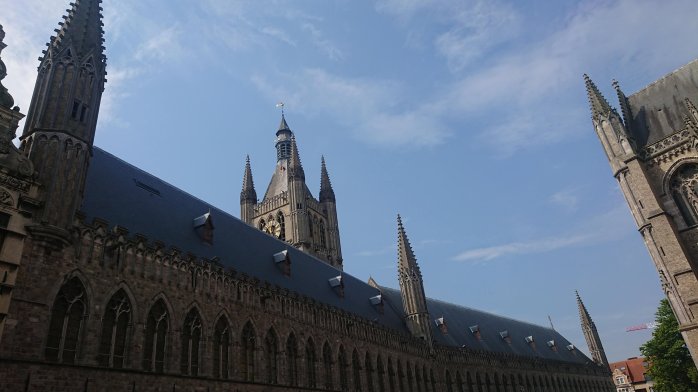 Day five, the final day of our visit to Flanders. After an exhausting fourth day that turned out to be a record heatwave, we started exploring some places near the centre of Ieper where we were staying.

St George’s Church which I will cover in a separate article is a Church of England (Anglican) place of worship. It contains several interesting memorials, some with Irish connections. 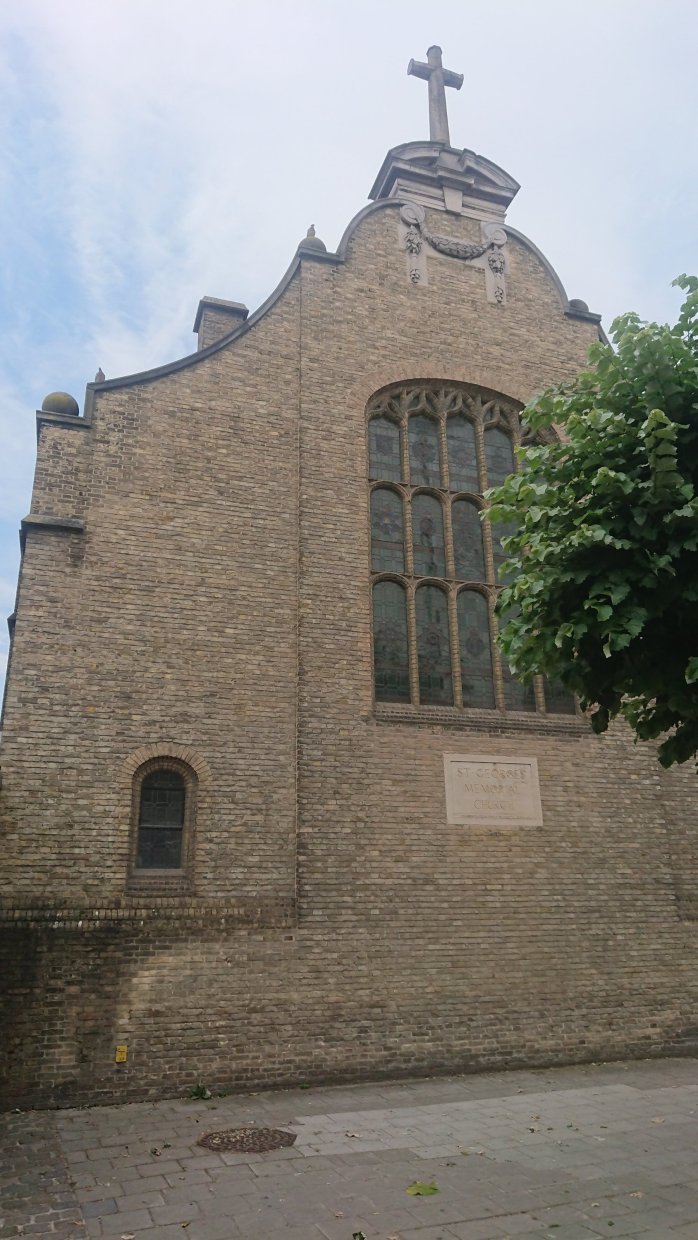 Close to St Martin’s Catholic Church (former Cathedral) where there was once a monastery, there was a building site where the façade was being carefully preserved. Large steel girders propped up the beautiful brickwork. It made me think of how the shell of Castleblayney Market House was being treated. In Belgium much more attention seemed to be given to preserving the old alongside the new. 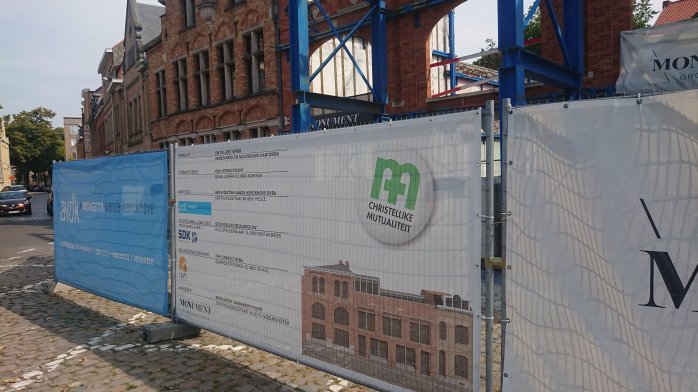 At the rear of the Cathedral, where a funeral Mass was being held, we came across a Celtic cross with a tricolour flying. This is a memorial for the Royal Munster Fusiliers (more later).

Memorial for the Royal Munster Fusiliers in Ieper

We moved on to the village of Poperinge where the TOC-H house is situated. 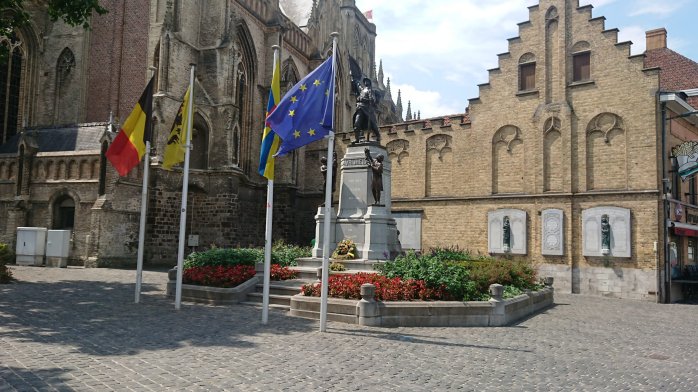 Our final stop on the way back to Brussels Airport at Zaventem was in Ghent. Unfortunately we did not have time to stop at the site of the Battle of Waterloo (Westerlo) as planned. But it is a site I have visited before. 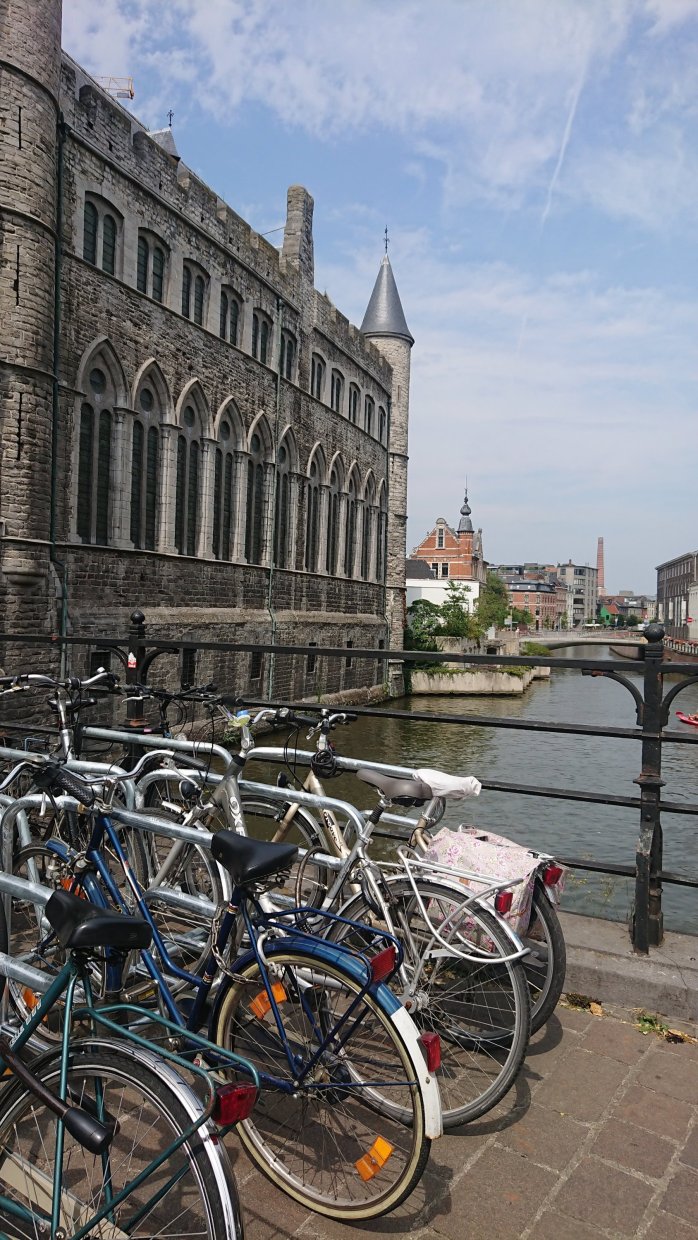